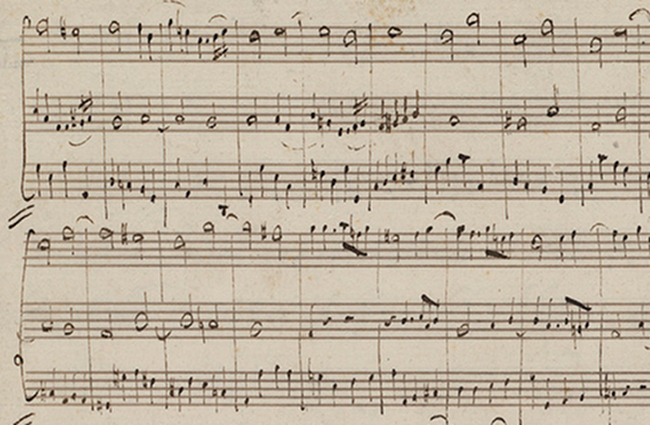 Mozart is reported to have said to Emperor Joseph, “Forgive me Majesty, perhaps I am vulgar, but my music isn’t.” He also confided to friends that he did not know from where his music came but that it never came to him in parts, rather he received it in its fullness. The parts would be assigned later — that, he recognized, was the hard work along with rigorous discipline and study. He said that absolutely no forcing could be applied to receive his sublimely inspired music. In fact, he declared, “Love, love, love is the soul of genius.” And, perhaps, most revelatory, “The music is not in the notes but in the silence between them.”
In his own way Mozart was giving us clues about access to the subtle planes of reality and harvesting their riches.

One thing is clear: if ego is restricted from entry to the subtle planes, intellect won’t take you there either — just as intellect won’t help you fall in love. As Einstein famously noted, “knowledge is limited. Imagination is more important than knowledge.” He viewed imagination as a kind of subtle substance that encircles the planet. This kind of imagination is a field you enter into — like Einstein as a sixteen-year-old boy riding his bicycle and imagining himself riding a beam of light. What blocks that participation mystique in the subtle imagination is being imprisoned in a false sense of separateness which he refers to as an “optical delusion of consciousness.” Einstein exhorts humans to experience themselves as one with all life.
So we can affirm that access to the subtle planes requires an experience of wholeness and a way of knowing that goes beyond the limited platform of the rational mind –integrating gut, heart and brain. Now that we have some clues to accessing the subtle planes, what do we find once we have gained entrance?

We find immediately and dramatically the separation between subject and object dissolves: the observer and observed become one. You enter the reality described by the mystic Meister Eckhart, “The eye with which you see God is the same eye with which God sees you.”
This is by no means a disembodied or monochromatic dimension: feast on a color spectrum a thousand times more vivid and spectacularly brilliant than the physical one. Smell fragrances and flower essences that awaken states of being and refine desire.   Experience taste merging with sound and feel the touch of light arousing the deepest love imaginable. And all poured into frequencies profoundly kindred and mysteriously familiar. Nor does this plane of reality require you ingest anything more than the resonances of your own heart’s central core — where the subtle planes begin.
But the subtle planes are more than a high level sensorium of unified frequencies, they are the fiery birthplace of visionary embodiment, fierce truth and beauty’s incorruptible emergence. This is where action can find its soaring courage and art can inspire our collective evolution. Once you walk through the subtle mirrors of unifying truth there are multiple ways to bring it back.
This is where an artist like Marika Popovits (www.marikapopovitsart.net), who paints states of consciousness in the context of cosmos, experiences as she paints what she calls “the motion of the infinite as one” expressing itself as “the one hand that moves” on the canvas. As with Mozart, it is the universe which delivers its beauty to her as she becomes not its interpreter but its skillful instrument.
This ability to commune with the truth of the universe by accessing the subtle planes of consciousness is how a brilliant scientist and cosmologist like Ervin Laszlo (www.ervinlaszlo.com) integrates so gracefully science and spirituality. Laszlo, who started out as a classical concert pianist, has written 75 inspired books and over 400 scientific papers. His knowledge has a revelatory radiance that is clearly touched by Source.
Finally, when one surveys the life and work of Barbara Marx Hubbard (www.barbaramarxhubbard.com ), one is pulled into awe, reverence and amazement at her ability to stay in communion with a living vision and become an incarnate field for the expression of its energy. Barbara embodies what she refers to — in her eighties — as “vocational arousal.” She is literally aroused by the subtle planes. She enters into the future of her central theory of conscious evolution and becomes that future rather than merely pointing the way to it.
Before he died in 1969, Meher Baba left a map that indicated three levels of the inner planes of the subtle and many other planes of reality beyond that. He predicted that collectively humanity would eventually gravitate to the entrance to the subtle planes guided by “the free and unhampered interplay of pure love from heart to heart.”
Is this a dream in a world so seemingly captured by the crude and unsubtle? Can love prevail? I say get your surf boards out. It’s a beautiful day in creation. Let’s learn to ride the wave of our true becoming. Let’s go to the solar heart of our true nature as conscious beings. Because I can assure you the Universe is saying transform or get wiped out.
Image courtesy of [url=http://Boston Public Library]Boston Public Library[/url] via Creative Commons license.