Delta Shaped UFO hovering in the clouds over Morrisville, Pennsylvania

Delta Shaped UFO hovering in the clouds over Morrisville, Pennsylvania Fri Jul 17, 2015 9:08 am

Delta Shaped UFO hovering in the clouds over Morrisville, Pennsylvania

Witness observed a huge dark object hovering high in the clouds over Morrisville in Pennsylvania on July 16, 2015. 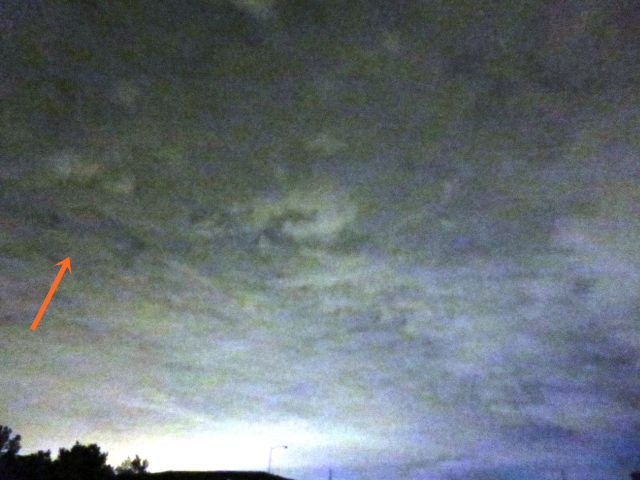 I was in my car at work waiting for my relief to arrive so that I could leave. My shift is over at midnight. The sky was completely covered in clouds but I noticed a small spiral of clouds to left.

Nothing major, it was more of a swirl than spiral. I thought, maybe HAARP? I took my camera out, put it on the night setting, got out of my car and took pictures.

I checked the preview to make sure the camera captured it because it was so dark and there's barely any lights in the area. I started looking around the sky and was shocked to see a huge dark shape in the clouds, high above my car.

The spiral was to the left of my car and the shape was pointing in that direction and directly above me.

It was not moving at all. There was absolutely no sound or lights. I don't know how low the clouds were but the object seemed huge.

I don't know anything about cloud altitude so it's hard to make an accurate guess of how high or big it was. I want to say the width appeared to be as wide as maybe 5 passenger jets side by side.

I observed it for about 6 minutes until it seemed to slowly disappear and clouds filled in the area. Something was there, that I know. I did nothing else to the images. Mufon case 68218.