Humanity at the Crossroads

Resolve to be thyself; and know that he who finds himself, loses his misery.
Matthew Arnold
At The Crossroads


”The situation facing us is in many ways so grim that we may even seem to be approaching the brink of catastrophe. Mankind is at the crossroads. Unless there is some momentous change in human thinking, some great step forward into sanity, some turn about in the very centre of our consciousness, then we are faced with calamity. This is glaringly obvious. Therefore surely we are justified in trying to Think Big Thoughts’. Sir George Trevelyan…Operation Redemption

Sir George wrote these profound words thirty five years ago, and sad to say his vision of a momentous change in human thinking has not come to pass. In fact, the opposite is true and homo sapiens as a species is hurtling towards extinction…..
The End of the Age; Extinction Event and the Ascension Timeline
We are at the end of a Grand Cosmic Year. Twenty six thousand years have passed and the opportunity to transcend this reality and join the evolution of the life wave is on offer once again.  But, each time humanity has reached this point in the past, our chance of ascension has been scuppered by a black lodge of psychotic hybrids that run the ‘loosh’ farm of the third dimension for their astral masters.
See my article ‘Meet the Firm’.
In the fours years of the reset Dec 21st 2012-dec 21st 2016, the satanic cabal is vulnerable….their frequency fences are overwhelmed with the information being broadcast by the indigo sun [See my article ‘The Occult Sun’] and so, they’ve geared up for this ‘auspicious time’ for thousands of years.  They are determined to keep the frequency of the planet in a fear based mode, and so they are throwing everything at us. They are attacking our divinity with unrelentless horror, undermining our quickening love vibration, the ascension timeline with fear, the lowest survival mechanism of our implanted reptile mind. War is everywhere and glorified in all its bestiality, and to make sure we get the negative energetic hit, terror is duly regurgitated daily by the debased, satanic media, along with horrific images of cruelty  to confuse and numb the senses.
Humanity under attack and attacking…. 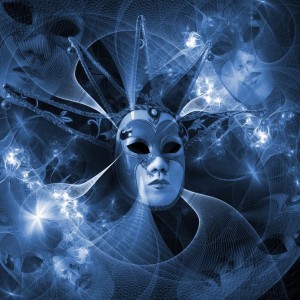 The destruction of our planet is underway and we are to blame. We are captives of the implant: the matrix mind called ego.  We are blind, deaf and dumb to our dying planet, locked in a concrete jungle of fast everything…..
Where’s the shift?
We are being told humanity is waking up and the shift is on, but I don’t see an upsurge of awareness around me, and I come into contact with a lot of ‘so called spiritual’ people. They are still arrogant; still bickering; still pontificating; still stuffing the corpses of dead animals down their throats; still pushing their selfish agendas; still trying to emerge as ‘spiritually powerful'; still trotting out the same old platitudes that their way is the only way, and prayer and focus is all you need to ‘shift’.
This re-hash of hash is reflected in the alternative media. There are so many articles that tell us the shift is on…people are waking up, and we must focus our intent upon the this or that to change the world.
Yeah…yeah…but there is no substance or resolution in their empty rhetoric, and many of these motivational ‘spiritual’ writers don’t have a clue about how ‘to shift.’
So my friends, we will take a look at the first step to expansion of consciousness….it doesn’t come from outside…but inner space.
Man know thyself: then thou shalt know the Universe and God.
– Pythagoras
There is a lot of talk and articles written today about Artificial intelligence. We are told it’s going to take over the rule of our lives. …I beg to say that it already has, and this hell reality of survival at all costs is the false matrix world of an A.I… not our true nature. We think we are sovereign but we are not, we are mere automatons of the reptile mind; we have no choice but to obey when the ego, the implant feels threatened or the biological built in clock tells us it is time to shit, eat or breed.
When the body software secretes adrenaline…do we have any control over the sensation of fight or flight?
How about sex….the secretion of hormones that drives us into acts of madness, rape, paedophilia, necrophilia, bestiality and porn addiction? The falling in love syndrome that creates lots of little biological software bodies for the host to parasitize. Are we in control of the rose coloured glasses?
And so the misery goes on generation after generation.
Justification is like masturbation….you only screw yourself
“ As the means of extermination are improved, the means of reducing men who hold the state conception of life to submission can be improved to correspond. They may slaughter them by thousands, by millions, they may tear them to pieces, still they will march to war like senseless cattle. Some will want beating to make them move, others will be proud to go if they are allowed to wear a scrap of ribbon or gold lace.”  Leo Tolstoy.
In other words a uniform…..
Life in this dimension is not a pretty picture…be in denial all you like. We are possessed beings, and the arrogance of the reptile mind can justify anything….literally anything. The murder of kids on a Gaza  beach; the deforestation of the rain forest for hamburger on the hoof; drones killing civilians, geo- engineering….the list of humanities insanities are endless and everyone of them can be justified by the reptile mind.
Think about what you have justified to yourself when your heart has whispered otherwise.
What is this usurper of our divinity; this parasite that hurts us? It is an Alien Intelligence that blocks our multi-dimensional self and it is in panic mode. The heartbeat of the planet: The Schumann Cavity Resonance is speeding up, the A.I. cannot resonate with the new frequency and is insane…it needs an upgrade to survive or it will consume itself.  This is what transhumanism is all about, an upgrade for the existing A.I. our individual matrix personality…the me and mine.
I call this all out war against everything, the matrix desperation…after all, the owners of the loosh farm don’t want the herd of robots to escape beyond the confines of the pen. It wants to take them forward into the a brave new world of horror, and it will succeed if man refuses to contemplate himself.
More Here>>
+++
ZenGardner.com