OUT OF MIND » PERCEPTUAL AWARENESS » OTHER DIMENSIONAL » Prophecy, Spirit and the Dreamtime

Prophecy, Spirit and the Dreamtime 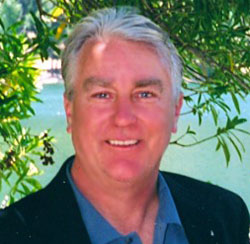 Called by Wired Magazine an “authority on the hermetic and alchemical traditions,” and “erudite conspiracy hunter,” Jay Weidner is a renowned author, filmmaker and hermetic scholar. Considered to be a ‘modern-day Indiana Jones’ for his ongoing worldwide quests to find clues to mankind’s spiritual destiny via ancient societies and artifacts, his body of work offers great insight into the circumstances that have led to the current global crisis. He is the director of the powerful and insightful documentaries, Kubrick’s Odyssey, Infinity; The Ultimate Trip, and the forthcoming feature film, Shasta. He is also the producer of the popular documentary films, 2012 The Odyssey and its sequel, Timewave 2013.
Jay was featured in the History Channel’s documentary, The Lost Book of Nostradamus and was associate producer and featured in the History Channel’s special, Nostradamus 2012, and also in Brad Meltzers, Decoded. He also participated in Jesse Ventura’s, Conspiracy Theory for TruTV. In addition, he is the co-author of The Mysteries of the Great Cross of Hendaye; Alchemy and the End of Time, (Destiny Books) and A Monument to the End of Time (with Vincent Bridges), as well as a contributing writer for the book, The Mystery of 2012 (Sounds True). He directed and wrote the feature film, Shasta: A Revolution of the Spirit.
+++
ZenGardner.com

OUT OF MIND » PERCEPTUAL AWARENESS » OTHER DIMENSIONAL » Prophecy, Spirit and the Dreamtime