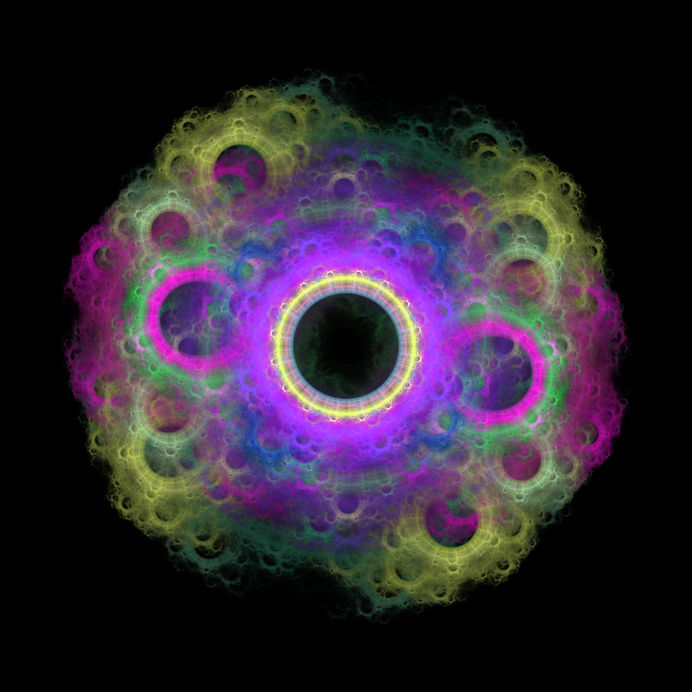 By Sayer Ji
The relatively recent discovery of the microbiome is not only completely redefining what it means to be human, to have a body, to live on this earth, but is overturning belief systems and institutions that have enjoyed global penetrance for centuries.
A paradigm shift has occurred, so immense in implication, that the entire frame of reference for our species' self-definition, as well as how we relate fundamentally to concepts like "germs," have been transformed beyond recognition. This shift is underway and yet, despite popular interest in our gut ecology, the true implications remain unacknowledged.
It started with the discovery of the microbiome, a deceptively diminutive term, referring to an unfathomably complex array of microscopic microorganisms together weighing only 3-4 lbs. in the average human, represents a Copernican revolution when it comes to forming the new center, genetically and epigenetically, of what it means in biological terms to be human.
Considering the sheer density of genetic information contained within these commensals, as well as their immense contribution towards sustaining basic functions like digestion, immunity, and brain function, the "microbiome" could just as well be relabeled the "macrobiome"; that is, if we are focusing on the size of its importance rather than physical dimensionality.
For instance, if you take away the trillions of viruses, bacteria and fungi that coexist with our human cells (the so-called holobiont), only 1% of the genetic material that keeps us ticking, and has for hundreds of millions of years, remains. One percent isn't that much for the ego to work with, especially considering it now has to thank what were formerly believed to be mostly "infectious agents" for the fact that it exists. Even more perplexing, the remaining 1% of our contributed DNA to the collective gene pool of the holobiont is at least 8% retroviral (yes, the same category as HIV) in origin!
Us Against Them?
Once the object of modern medicine's fundamental responsibility – the human body – is redefined and/or perceived with greater veracity, and "germs" become less other and more self, a challenge for germ theory which seeks to differentiate between the "good" germs we are versus the "bad" ones out there that we must fight with antibiotics and vaccines.
As many readers are already poignantly aware, today's political climate and agenda is unilaterally pro-vaccination on both sides of the aisle (conveniently funded by the same industry lobbyists), with a tidal wave of bills across the U.S. set to eliminate exemptions against mandatory vaccination. The rationale, of course, is that deadly germs can only be prevented from killing the presumably germ-free host through injecting dead, weakened or genetically modified germ components to "prevent" theoretical future exposures and infection. This concept is of course intellectually infantile, and if you do some investigating you'll find it was never quite grounded in compelling evidence or science.
But the intellectual implications of the microbiome go even deeper than undermining germ theory, vaccine policy, and the culture of medical monotheism that upholds these constructs...
Maternal Origins of Health and Ultimately our Species Identity
Deep within the substratum of humanity's largely unquestioned assumptions of what it means to be human, the microbiome has also fundamentally displaced a latent patriarchal prejudice concerning the relative importance and contribution of the man and woman towards the health and ultimately the continuation of our species.
It has been known for some time that only women pass down mitochondrial DNA, already tipping the scales in favor of her dominant position in contributing genetic information (the seat of our humanity or species identity, no?) to offspring. The microbiome, however, changes everything in favor of amplifying this asymmetry of hereditary influence. Since we are all designed to gestate in the womb and come through the birth canal, and since the neonate's microbiome is therein derived and established thereof, it follows that most of our genetic information as holobionts is maternal in origin. Even when the original colonization eventually changes and is displaced through environmentally-acquired microbial strains as the infant, child, adolescent, and then adult, develops, the original terrain and subsequent trajectory of changes was established through the mother (unless of course we were C-sectioned into the world).
Put in simpler terms: if 99% of what it means to be human is microbiome-based, and if the mother contributes most, if not all, of the original starting material, or at least the baseline and trajectory of future changes in the inner terrain, then her contribution becomes vastly more important than that of the father.
Moreover, the conditions surrounding gestation (important because of maternal-to-fetal microbiome trafficking in utero), her general health, and the way in which she gives birth (home, birth center, or hospital) now take on vastly greater importance than previously imagined. In other words, being born in a hospital via C-section and vaccination, will produce, genetically and epigenetically, a human that is so different – qualitatively – from one born at home, naturally, that they could almost be classified as different species, despite sharing nearly identical eukaryotic DNA (remember, only 1% of the holobiont's total)...
Read more: Green Med Info