Today at 6:46 pm by PurpleSkyz

Secret Mars Colonies Trade with up to 900 Extraterrestrial Civilizations 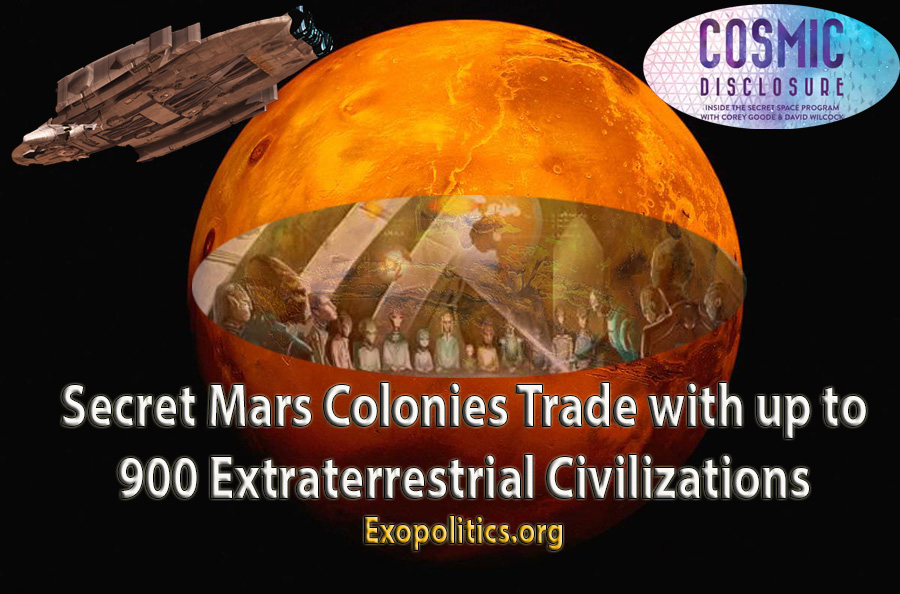 An inspection tour of a secret Mars colony that took place less than two months ago, on June 20, is the focus of episode seven of Gaiam TV’s Cosmic Disclosure. Secret space program whistleblower, Corey Goode, had earlier released a detailed report of the incident on June 22. In the Cosmic Disclosure interview with David Wilcock, Goode summarizes key aspects of the tour, as well as giving more details about the alleged trading conducted by a secret space program, the Interplanetary Corporate Conglomerate, with up to 900 extraterrestrial civilizations.


Upon arrival at the base located in Mars’ southern hemisphere, Goode described seeing a parked dart-shaped space vehicle that belonged to the Interplanetary Corporate Conglomerate (ICC). Goode claims that these vehicles are among the most advanced spacecraft produced by the ICC Space Program. One of the dart-shaped vehicles had been captured by the NASA live stream of the International Space Station. It was docked with the Space Station and the incident has still not been satisfactorily explained by NASA. Goode says that such incidents are staged by a “Secret Space Program Alliance” to help prepare Earth’s population for the major disclosures that lie ahead. 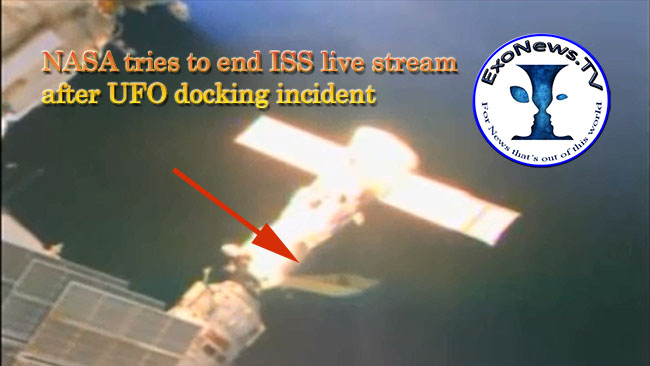 Dart-shaped UFO docked at International Space Station. For ExoNews TV Report click here.
Goode also described the underground rail system that used vitrified rock for the walls of the tunnels that criss-crossed between the facilities all across Mars. He described the tunnels as looking like ripple-like glass. Wilcock explained how classified tunnel boring equipment has to pause periodically to create reinforced ring sections, which give the tunnels the rippled look. Underground bases researcher, Richard Sauder, has described how such advanced tunneling equipment works: