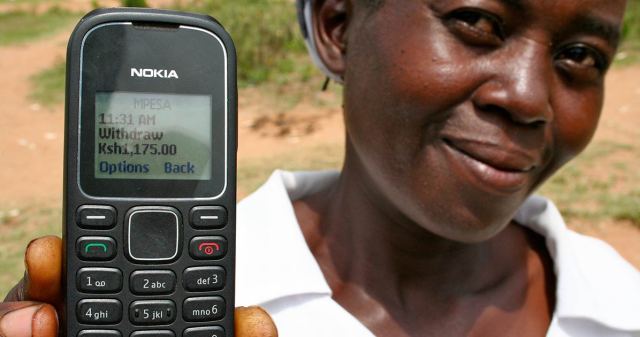 by Nico Pitney
There are at least a few health-focused poverty programs that have an even stronger record of cost-effective results, analystssay, including distributing bed nets to halt the spread of malaria and deworming.
Also, money alone cannot always overcome a lack of basic social services. Cash recipients spend more on education and health, but if there are no quality schools or healthcare in their area, then try as they might, they do not necessarily end up healthier or better educated.
But the positive impacts of cash transfers have been consistent and wide-ranging, from improved nutrition, healthier newborns and greater school participation to decreased HIV infection rates and psychological distress. As a result, according to a 2011 review by the UK’s development agency, global aid has undergone a “quiet revolution,” with developing countries launching transfer programs believed to reach between 750 million and one billion people.
An evidence-based approach to development. GiveDirectly is the first nonprofit to focus exclusively on cash transfers. It was founded by four graduate students at MIT and Harvard. Partly they were spurred by technological advances like mobile banking, which make distributing cash cheaper and more secure than ever. But in Cambridge, Massachusetts, they were also at the heart of a growing movement to put aid interventions to the test of actual science.
Esther Duflo is a key leader of this movement. The Financial Times called her “one of the world’s star economists — tenured at MIT at 29, MacArthur Foundation ‘genius’ fellow, winner of the 2010 John Bates Clark medal, the so-called ‘mini-Nobel.'” One of her mantras is that aid programs can and should be rigorously tested, because when they are, the results are often surprising and do not line up with people’s preconceptions. (Exhibit A: the realization that when poor people receive cash, they don’t rush out to spend it on alcohol.) In 2003, Duflo and colleague Abhijit Banerjee founded MIT’s Poverty Action Lab, which worked on many of the studies documenting the power of cash transfers.

After years of experimentation, Duflo and Banerjee published a celebrated book, “Poor Economics,” which combats the idea that poor people live simple financial lives. They found the poor are in some ways even more sophisticated with their finances than wealthier people, partly because it is so important that they get things right. The extreme poor personally manage loans to family and neighbors; they evaluate credit offers without the support of financial institutions; they manage their day-to-day cash flow in the context of very inconsistent income patterns. All of this helps explain why giving cash to the poor, rather than allocating capital on their behalf, has proven particularly effective.
Government-run cash programs typically require poor people to take some action before receiving money, such as getting a vaccine. The amounts transferred are usually small and handed out over longer periods of time; they’re essentially an income supplement. GiveDirectly takes a different approach. Bolstered by recent research, it distributes a large, one-time sum of cash over a shorter period of time. The goal is to transfer wealth that is more likely to be invested in long-term benefits. Also, GiveDirectly’s transfers are made unconditionally, with no strings attached. The group found that adding conditions (and verifying they were met) provided few benefits, despite substantial costs.
So how do people spend their $1,000? “We have seen it all,” GiveDirectly co-founder Paul Niehaus told The Huffington Post. “If there’s anything we’ve learned from doing this, it’s that everybody has very unique needs.” Often some of the money goes to food, better housing, healthcare or education. “Sometimes things don’t work out — the money goes to a failed investment, a business that doesn’t succeed.” And then there’s everything else. “We had one guy who bought musical instruments and started a band and released an album,” Niehaus said. “Anything you can imagine in this incredible richness and diversity of human life.”
Despite the work of Duflo and others, accountability is not yet a standard of the charity world. Few aid organizations attempt to verify whether their programs are actually effective. Even more rare are nonprofits that submit their own programs to randomized controlled trials (RCTs), the same rigorous types of studies that pharmaceutical companies use to test drugs. These trials are expensive, difficult and time-consuming.
GiveDirectly’s leaders not only encouraged such a study of their work, but went further. In 2013, they took the extraordinary step (in the charity world) of announcing an RCT publicly before the data were in, thus binding themselves to the findings whether positive or negative. If GiveDirectly’s approach didn’t work, if the results turned out terribly, there was nowhere to hide.
Trying to disrupt the aid world. GiveDirectly has proven especially popular in Silicon Valley, where sympathy is high for people trying to upend an industry using technology and data. Google’s philanthropic arm was an early GiveDirectly supporter; Facebook co-founder Chris Hughes sits on its board of directors, and another Facebook co-founder, Dustin Moskovitz, has donated over $12 million through his foundation.
“In a private sector company, cost is everything and customer satisfaction is everything,” said Michael Faye, another GiveDirectly co-founder. “I don’t think we see that in our sector.” And so he’s trying to change it.
In the traditional model, charities show they are conscious of costs by highlighting how much of their revenue is spent on “services.” But there are few standards or requirements (from the IRS or otherwise) about how charities should classify their spending. Nonprofits can claim all sorts of “service” costs that are indirectly related at best, including salaries, office space, or grants to other NGOs. There is no requirement that they itemize these costs, and most don’t.
GiveDirectly wants to establish a new standard: When a donor gives one dollar, how much ends up in the hands of a poor person? Their answer, which has been independently reviewed, is that about 90 cents of each dollar donated is transferred directly to recipients. This is in the realm of a few other best-in-class poverty interventions.
To force a focus on customer service, GiveDirectly surveys cash recipients about their experiences. Clients are asked a series of questions — were they able to pick up their payments quickly and easily? Were they asked for a bribe? — and their answers are posted publicly on the web, in real time, along with links to raw data tables.
The article continues. For the remainder, please go here: [url=http://www.huffingtonpost.com/2015/06/04/givedirectly-cash-transfers_n_7339040.html?utm_hp_ref=good-news&ir=Good News]http://www.huffingtonpost.com/2015/06/04/givedirectly-cash-transfers_n_7339040.html?utm_hp_ref=good-news&ir=Good%20News[/url]
Source:
http://www.huffingtonpost.com/2015/06/04/givedirectly-cash-transfers_n_7339040.htm

» Benefits Britain: Poor people are the problem.
» Why good people often have poor and disturbed sleep, while criminals sleep well
» Don’t Be Attached to the Shitstorm
» Kp Message 9-13-15… “Being Attached to Nothing“
» Why would a 28-year-old co-pilot intentionally crash his plane, killing 150 people?