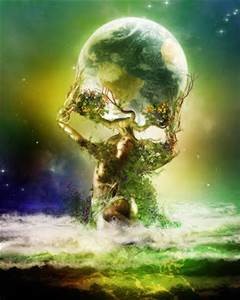 As I mentioned in a previous post, I recently learned that “artificial intelligence” has nothing to do with machines, as in the Borg on Star Trek, and I think this article does a good job of setting the record straight on a number of things that may have been misconstrued, but you may have to read between the lines.
Much has been and still is hidden, and since it appears to be our reality, it’s probably a good idea to have at least a vague idea of the trajectory we now find ourselves taking with Mother Earth as she supports us.
Bottom line, I think we are hearing more and more that we simply need to go within, use our discernment, be who we be, and trust that all is unfolding for our highest good and that of our planet.
If we let go of how we expect the process to look, we won’t be disappointed.
Thanks, Joy.  ~ BP 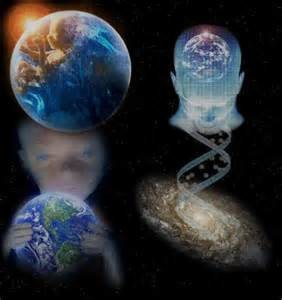 August 20, 2015
by Ed Weatherall
Several months ago now, Lily [Earthling] opened our eyes to the fact that in Dec. of 2012, despite all the predictions that didn’t come through, what actually happened was the astral portal closed and Earth re-instated, by her own free will, a return to her own organic timeline, as opposed to the thousands of years of inorganic astral interference and time loop construction. While to most of the world, it appeared as though nothing happened, in reality, this was a huge energetic shift and the astral hierarchy has been scrambling to come up with a solution since.
Since learning of this and having some vague remembrances stirred … many of us have been looking for supporting evidence that this is actually occurring smile emoticon . While many earthlings can feel this, to look outwardly to try and verify is not such an easy thing IMO. Firstly … the astral controllers and those on earth they control have a vested interest in not allowing this to be seen.
The fact that so many are awakening is troubling for them and the last thing they want to do is put out evidence that their timeline is all but defunct. Whether you consider mainstream or alternative media … there just really isn’t much authentically clear info regarding Earth returning to her own true organic timeline.
I think one of the ways we CAN see this is by reading between the lines, and seeing how so many of the agendas they tried to build up in the public and get us to energetically support, have simply not come to pass.
Again, they don’t publicize these failures …they sort of fade away and they try to adapt and come up with the next scenario. This is really an inner awareness as you learn more and more to stay grounded and neutral and not so influenced by the external happenings.
I think perhaps another way to “find proof” is to look within yourself, and see the changes that are happening within. Again, this is made difficult by the strategy of the astral realm to take this opportunity and fashion alternative scenarios that have a faint resemblance, but are not the real deal, such as ascension symptoms, raising of frequencies etc. Our inner changes prompted by our true organic source are IMO more subtle than the astral substitutes and require us to be more aware with our whole body intelligence.
Recently in ESG an article about a TV series that apparently had its name changed was put forth as an example of proof that Earth’s timeline is changing things. For me …this does not fit. I am very doubtful that Earth would use such an external event to confirm within her earthlings that her timeline is assured
She is definitely affecting things in our physical reality and transforming many astral influences that have infected her, and she is actively working within earthlings, causing us to remember who we are and why we are here. But I do not think she would use something like this that has nothing to do with what our true reality is. Something inside me cheered when Elysee Carey so eloquently described this as an “astral mind knot” smile emoticon.
Some one else ( forgive me I can’t remember who ) shared a simple, brilliant description of how we support Earth timeline…and that is by getting rid of our mental programs and learning to connect to our internal organic spirit and each of us simply living that out in our individual unique way. IMO we will not support Earth timeline by giving mental energies to “astral mind knots” smile emoticon.
Recently the fact that there was an artificial intelligence at the top of the astral hierarchy was publicly made known. In my opinion, two of the most powerful revealings came from Harald Kautz-Vella and our own Lily.
1) Harald showed that at each stage of the hierarchy the astral AI agenda was enabled by simply a lack of taking personal responsibility …and
2) both Harald and especially Lily pointed out that this AI was actually a devolution of consciousness into an inorganic intelligence … NOT an evolution of a machine intelligence as is so often assumed to be artificial intelligence.
These revealings to me were very significant in that they held keys and hints to the very nature of how this artificial intelligence manifests itself in our personal and collective lives.
But once again … and very quickly …we saw that this information about the AI was taken by the astral community stripped of its meaningful significance and then turned into a mental program that is useless in helping us identify internally what is going on within us, and in our communities … but causes everyone to turn outwardly and jump on the bandwagon of the AI meme.
The two facts about it being enabled by lack of personal responsibility and that it is a devolution of consciousness is nowhere being discussed. What we see coming out about it now is a program that is designed to redirect peoples attention away from the fact it is an inorganic consciousness.
IMO …what is important for us to realize, is how this AI is experienced within our own internal lives and in the local workings of our communities …and in the collective human consciousness.
To do this …we are going to have to dig deeper than what is offered by all the redirected info … and uncover all the false faces that are put on by this AI meme.
Source