OUT OF MIND » PERCEPTUAL AWARENESS ~ WELCOME TO WOOVILLE » THE SHIFT IN CONSCIOUSNESS » September 2015 Convergence: Is There Any Connection Between These World Events?

September 2015 Convergence: Is There Any Connection Between These World Events? 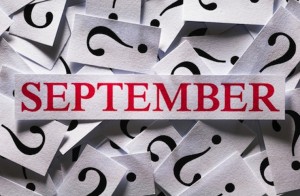 25th August 2015
By Makia Freeman
Contributing Writer for Wake Up World
The end of September 2015, or more precisely the period from around September 15th to September 28th 2015, has become the subject of much attention, apprehension and prediction. As usual, this involves a certain amount of fear-mongering, sensationalism, biblical prophecies and other dire warnings, which are best to take with a grain of salt. However, despite all of that, one has to wonder whether the world events converging in September 2015 are connected – and whether they are a response by the New World Order elite to the rapidly rising consciousness of humanity.
This rising consciousness is exciting; it’s fast and it’s palpable. You can feel the quickened energy as people all over the world are beginning to wake up, ask questions, think about things they had never thought about before, challenge authorities, dig deeper and decide to invest time and energy into discovering things for themselves – rather than being spoonfed propaganda by the Mainstream Media which relies on people being too lazy, comfortable or complacent to check the facts.

People are really starting to catch on to the truer narrative and deeper meaning of news events very quickly. Just look at the rapidity with which people are latching on to false flag shootings and bombings. Big time elite insider and Obama-handler Zbigniew Brzezinski admitted that the elite’s “capacity to impose control over the politically awakened masses of the world is at a historical low” and that it was “easier to kill than to control” the masses. Hillary Clinton, the Queen of cover-ups, confessed that the elite were “losing the information war” when she appealed to the Senate Foreign Relations Committee for increased propaganda funding. And just look how the orchestrated ebola pandemic flopped and ran out of steam all of a sudden last year.

Are the Elite Getting Desperate in the Face of Such Obvious Rising Consciousness?

In light of this tangible rising consciousness, it is probable that the elite are worried and afraid of the power of We the People … but they are not going to give up without a fight. If they feel threatened or backed into a corner, knowing their personality traits, they are likely to become desperate, act with more aggression and speed up the agenda. They probably reason that if they can accelerate humanity towards transhumanism, a cashless society and a microchipped population fast enough, they will have enough power to quell any rebellion or rising consciousness through electromagnetic mind control. Their latest move in California of pushing for mandatory vaccinations reeks of desperation.
The question is: are the events slated for September 2015 also designed to dampen the rising consciousness before it becomes irresistible? One thing we know for sure is that the elite are not going to lay down, do nothing and watch their power base get eroded. They will distract, divert, and divide in an attempt to conquer.
With that in mind, here is a brief overview of the various events converging at the end of September 2015. Thanks to Michael Snyder for first compiling most of this list:

Thanks to the fantastic research of DJ (who appeared on this Caravan to Midnight interview), we know that Operation Jade Helm 15 is about the advancement of A.I. (Artificial Intelligence). It is ultimately about placing a machine at the helm of command – a machine that is self-aware, which rapidly changes and responds to incoming data and which can predict human behavior through close monitoring of all human action – to literally master the human domain as the operation boasts in its logo. 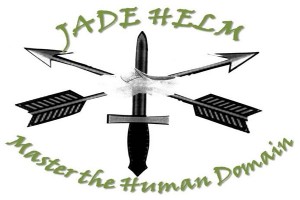 Of course, there are many other facets and disturbing implications to Jade Helm, including the violation of principle of Posse Comitatus by placing US troops directly on US soil deployed among US citizens, the declaring of certain US states as hostile, and the US military training for martial law, squashing domestic insurrection, spying on Americans and practicing to operate undetected among them. The question is: why was Jade Helm planned to end in September 2015?

The UN (United Nations) is meeting on September 15th, 2015, for its 70th General Assembly. As I wrote about earlier, the main thrust of this convention will be pushing for more centralization of power under the pretext of sustainable development. Is France about to propose that the UN formally recognize the Palestinian State? Is the UN about to push through more legislation and regulation based on the man-made global warming/climate change scam? Will the “post-2015 development agenda” continue grabbing national land under the guise of saving the environment, forcing people off their land into tiny apartments in Smart Cities?  Will the UN try to impose the ICC (International Criminal Court) upon all countries, even those who have not signed on to it?

This one is a comment not an event – at least at this stage. On May 13th, 2014, French Foreign Minister and member of the Bilderberg conferences, Laurent Fabius, made an interesting remark during a speech at the Brookings Institute (an elite ‘think tank’). He made the exact same comment later at a press conference with US Secretary of State John Kerry. Fabius clearly stated: “We have 500 days to avoid climate chaos”.
500 days from May 13th, 2014 brings you to the end September of 2015 – September 24th to be exact.
What is Fabius referring to? What does he know that we don’t? It is certainly a strangely specific prediction. Is he suggesting that some political solution must be in place regarding climate change by September 24th? Or is he predicting some kind of environmental catastrophe? 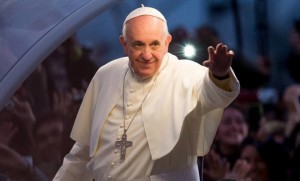 In an absolutely unprecedented move, Pope Francis will be addressing the U.S. Congress on September 24th 2015. Why? In his previous Encyclical, he jumped into the political arena big time by getting behind the UN’s climate change agenda, i.e. the false idea of anthropogenic global warming/climate change, which completely ignores the realities of “Climate remediation”, a new Orwellian phrase adopted by governments for their recently-outed, long-term geoengineering programs.
I suspect this is the first of several future steps to make the Pope the head of a One World Religion. Will the Pope merely reiterate the same message of the Encyclical? Or will he focus on Foreign Policy (international refugees especially in Middle East)? Or the role of superpower nations in humanity’s future? Or the U.S. hogging the world’s resources?

To those who don’t give much credence to astrology, this event may carry little importance, but it is still worth mentioning. A lunar tetrad of 4 consecutive lunar eclipses or blood moons is going to be completed on September 28th with the 4th consecutive eclipse. According to some, the blood moon is significant:

“The last three times this phenomenon occurred were right around seminal moments in Jewish history.  For example, when it happened in 1493 and 1494 Jews were expelled from Spain. The blood moons in 1949 and 1950 came right after the nation of Israel was assembled, giving the Jews a homeland for the first time in thousands of years.  And in 1967 and 1968 it was linked to the Six-Day War.”

CERN, the European Organisation for Nuclear Research, is reactivating its massive underground particle accelerator known as the Large Hadron Collider (LHC). There are claims all over the internet that the reactivation date is September 23rd, but nothing on CERN’s official site about this date or the end of September 2015 in general. However, it has been known for some time that CERN is yet another organization with an occult corporate logo (containing 666), as well as sporting a statue of dancing Shiva (the Hindu God of Destruction) at their headquarters. Now CERN employees have been filmed doing a bizarre “Shiva Dance”, a dance of destruction, inside the LHC itself. Why? 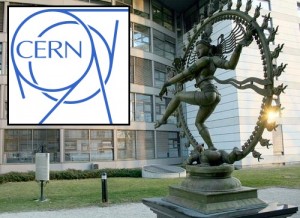 Very very few people are privy to what CERN is really doing with all their equipment. Some like Bret Bernhoft have theorized the LHC can actually rip the fabric of space-time, and open portals into other dimensions. Bernhoft reports that respected ET contactee Alex Collier has suggested CERN’s technology is intended (at least in part) to fuse two realities or timelines together. If this is true, it could well be in response to humanity’s rising consciousness.
Perhaps the elite are using highly advanced technology to keep us on a more “negative timeline” where tyranny rather than freedom prevails?

There are predictions of an asteroid hitting Earth on September 24th 2015, but they don’t appear to be backed by solid evidence.
In this context, however, it is useful to recall the words of Dr. Carol Rosin, a former NASA scientist turned Disclosure Project witness, who has spoken on numerous occasions of her association with former Nazi, NASA rocket scientist and elite insider Werner von Braun. She recounts how von Braun told her that the New World Order would use a series of invented threats or false flag events to trick people into accepting an authoritarian One World Government. In 2000, well before the 9/11 false flag event, Dr. Rosin specifically stated that von Braun told her in 1974 that the elite power structure would use 5 key threats to trick and scare people into submission – in this order:

Von Braun said the asteroid card would be played in order to justify space-based weapons. The first 3 have already happened as predicted. Are we about to witness the further unfolding of this plan in September 2015?

OUT OF MIND » PERCEPTUAL AWARENESS ~ WELCOME TO WOOVILLE » THE SHIFT IN CONSCIOUSNESS » September 2015 Convergence: Is There Any Connection Between These World Events?