OUT OF MIND » TRUTH IN CONSPIRACY THEORIES? » HISTORIES MYSTERIES » The 10 Legendary Lost Cities: Did they Ever Exist?

The 10 Legendary Lost Cities: Did they Ever Exist? 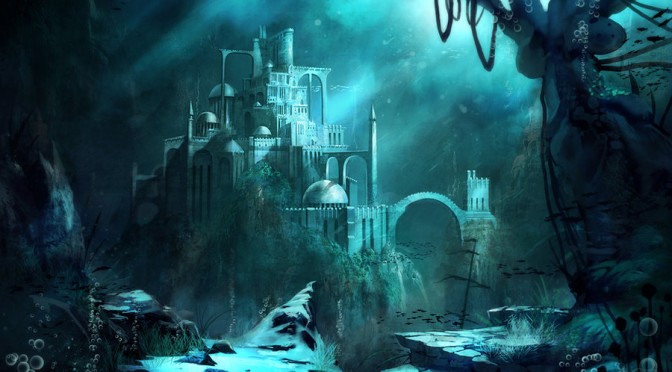 The 10 Legendary Lost Cities: Did they Ever Exist?

Some lost cities are born of truth, tangible accounts of the civilizations and inhabitants that resided there at one time. Others are built from legend, great domains that may never be unearthed because there’s a chance they never existed. For this installment, we’re donning our fedora and taking a ride in a few lead refrigerators to try and locate these 10 legendary lost cities.


10. Ys
Building a city below sea level is a great way to ensure it winds up a legend at some point during its lifetime. The city of Ys,

built below sea level by the King of Cornouaille, Gradlon, is one such city, once a home to many and now a legend of French folklore. Legend has it that the city was built for the Kings daughter, Dahut, who loved the sea. Which was probably the first problem they made.. we’re just kidding ladies.
It is said that the failsafe to keep the city from flooding, a large gate, was opened during a violent storm, allowing a tall wave to collapse on the city and engulf it completely. Some versions state that Gradlon’s daughter, Dahut, for whom he built the city, was tricked by the Devil to open the gate. Others claim a drunken Dahut was responsible for the city’s collapse. The city remains a mystery today, though some think it may actually be at the base of the Douarnenez Bay.
https://en.wikipedia.org/wiki/Ys
9. Ai
In the Book of Joshua of the Hebrew Bible, Ai was conquered by the Israelites. Rather than sack the city, take what they want, and potentially use the city for their own good, the Israelites burn the city completely to ruins. 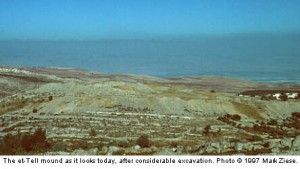 Legends place the city at the archeological site et-Tell, though this would discredit biblical accounts on the origin of the Israelis as et-Tell was unoccupied at the time. Other theories believe that the neighboring city of Bethel was actually the city that was conquered.
Firm believers in the bible’s words point to Kirbet el-Maqatir as the site of Ai, stating there is more evidence to support this theory than the et-Tell belief.
https://en.wikipedia.org/wiki/Ai_(Bible)
8. The Seven Cities of Gold
If you ever want to start a legend about a new, mysterious location, simply claim that it is filled with gold. After being shipwrecked off the coast of what is now Texas in the early 1500′s AD, four travelers ventured towards Mexico City, hearing stories of cities rich with gold. 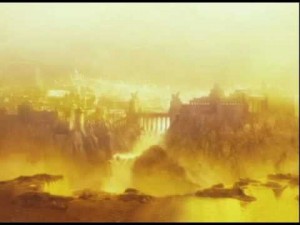 They brought these tales to their Spanish leaders, who were quick to send out an expedition that included a priest and one of the original shipwreck survivors. When only the priest returned alive, he claimed to have seen the city, turning rumors of the Seven Cities of Gold into truths.
Expeditions traveled to areas that now make up the Southern United States in search of these cities, have turned up empty-handed each time. With no validation behind the stories the survivors heard, the Seven Cities of Gold remains a mystery.
http://www.watertown.k12.ma.us/cunniff/americanhistorycentral/04encountersintheamericas/The_Seven_Citi.html
7. Aztlan 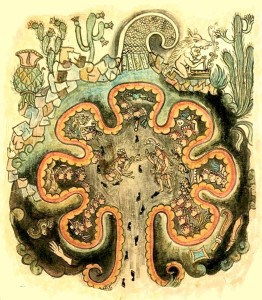 This legendary ancestral home of the Aztecs, Aztlan, is believed to have roots in northwestern Mexico or southwestern United States, but whether or not the city exists is a mystery.
With some legends depicting Aztlan as a paradise, others, like the Codex Aubin, a particular retelling of Aztec history, depict Aztlan to have been under tyrannical rule of the Azteca Chicomoztoca.
Some, like Friar Diego Duran, believe they found Aztlan, though due to inaccurate mapping of the American continent, he was unable to provide an exact location.
Whether or not Aztlan is a real place, the Chicano movement used the Aztecan paradise as a symbol for nationalist and indigenous movements.
https://en.wikipedia.org/wiki/Aztl%C3%A1n
6. Lost City of Z
In 1753 AD, Portuguese bandeirante Joao da Silva Guimaraes wrote about a mythical city, describing it in great detail without actually citing a location. This became the Lost City of Z, a location that, in 1925, wound up being a sort of obsession for Lieutenant colonel Percy Harrison Fawcett. 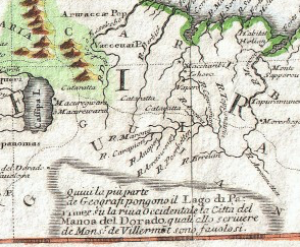 Fawcett set out with his son and his son’s best friend to seek out the lost city, which he gave the name “Z”. Fawcett’s journey took him deep into the Amazon to search for the city that Joao had once written about.
Fawcett was never heard from again, leaving some to wonder if he had found the city and refused to leave. Popular opinion, of course, is that he perished in the dangerous jungle, leaving the mystery of Z to other brave adventurers to seek out.
http://www.cbsnews.com/news/secrets-of-the-lost-city-of-z/
5. Arthurian Camelot
The story of King Arthur and his Knights of the Round Table is one we’ve heard time and time again. Deep in the halls of the 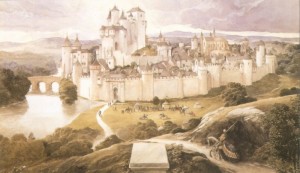 castle Camelot, legendary 5th and 6th century British leader, Arthur, made a name for himself by leading the defense against the Saxon invasion; and though Arthur’s existence isn’t really debated, what is up for debate is where one can find the ruins of Camelot.
The location changes, from one piece of romantic literature to the next, to the point where it’s questioned if the castle even existed. Where some stories place it in Great Britain, others give no named locations, adding even more-so to the allure of King Arthur’s mysterious castle.
https://en.wikipedia.org/wiki/Camelot
4. El Dorado
The legend of El Dorado is another mythical city built via a lust for gold and riches. According to Europeans in the 16th and 17th century, there existed a land called El Dorado, a place in the New World of immense wealth. El Dorado’s origins stem from South American lore, likely based on a Native American ceremony at Lake Guatavita that included throwing gold and riches into the lake to appease the God beneath. 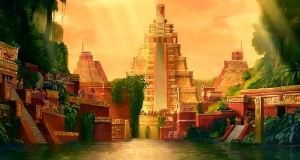 The Chief was dubbed El Dorado, “the gilded one,” and when El Dorado and his tribe was conquered, the Spanish sought to empty the lake, finding hundreds of gold pieces that were out of their reach.
Whether Lake Guatavita is the true El Dorado or if a real city of uncountable wealth awaits discovery is still unknown, though many, like English courtier Sir Walter Raleigh, have risked all to find it.
http://science.nationalgeographic.com/science/archaeology/el-dorado/
3. Sodom and Gomorrah 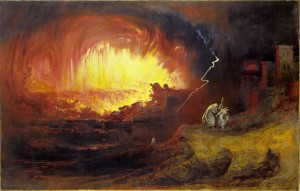 The kingdoms of Sodom and Gomorrah made their first appearance in the Book of Genesis and have been mentioned in the Torah, the New Testament, and the Qur’an. Despite the many references to their existence, there still is a shroud of mystery as to where they could be if they were real.
The most popular treatment of Sodom and Gomorrah ends in their destruction, some citing homosexual tendencies within the kingdoms as the reasoning.
Regardless of why the two cities were destroyed in a rain of fire, where they stood remains an even greater question today, if they did at all. Jewish historian Josephus believes the kingdoms are in close proximity to the Dead Sea.
https://en.wikipedia.org/wiki/Sodom_and_Gomorrah#Modern_Sodom
2. Kitezh
Beneath Lake Svetloyar in Nizhny Novgorod Oblast in central Russia lays a city shrouded in mystery and myth. An anonymous book from the 18th century, the Kitezh Chronicle, references the city for the first time. 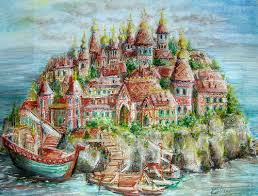 It is told that Georgy II, Grand Prince of Vladimir built the city of Maly Kitezh in the 13th century AD, on the Volga River and lived there on the shores until the Mongols rolled in after conquering a portion of Russian land.
During the Mongol invasion of the small city, it is said the town submerged itself below water to keep from falling victim to its invaders. It is believed that on the calmest of days at Lake Svetloyar, sounds of activity from the sunken town can be heard, though physical evidence of the city’s existence has never been found.
https://en.wikipedia.org/wiki/Kitezh
1. Atlantis
The city of Atlantis is easily the world’s most sought after lost civilization. Some depictions of the ancient lost city show it as an advanced society, far more-so than our own today. Atlantis surfaced in 330 BC from Plato’s “Timaeus” and “Critias,” and held a completely different vision of what Atlantis is depicted as. 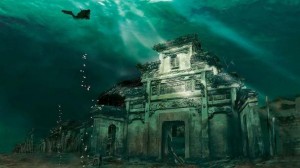 Different versions on the story of Atlantis are told, some putting a more magnificent spin on it than others, but there is one thing in common amongst all retellings – the city has yet to be found or even proven real.
Even despite Plato distinctly stating the city’s location, no trace of it has ever been found yet. Some say it exists on a slightly higher frequency, just out of reach of our consciousness. What do you think?
http://www.livescience.com/23217-lost-city-of-atlantis.html

OUT OF MIND » TRUTH IN CONSPIRACY THEORIES? » HISTORIES MYSTERIES » The 10 Legendary Lost Cities: Did they Ever Exist?