Vaccines’ “Smoking Gun” And What to Do About It 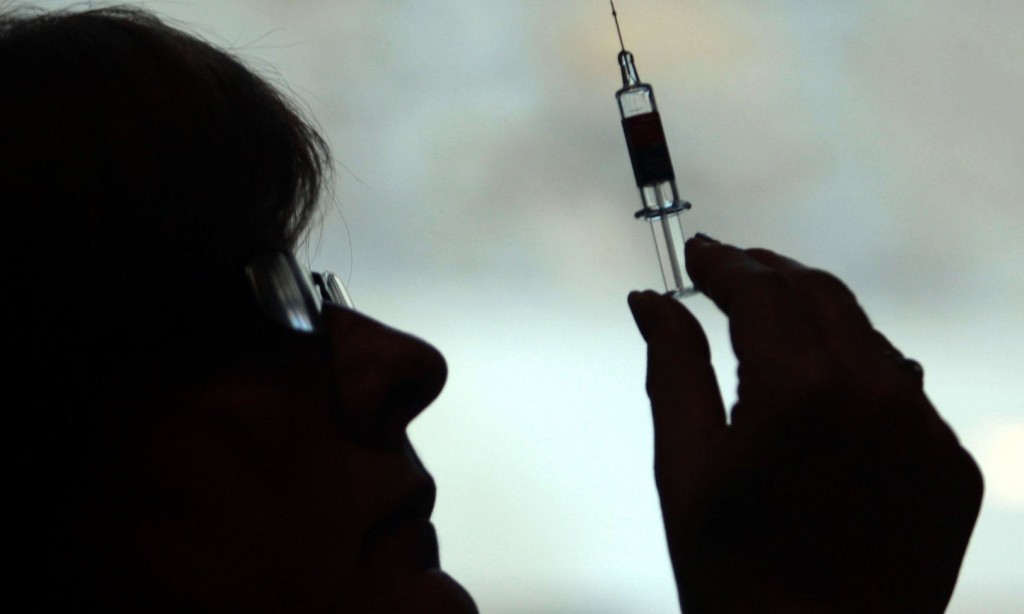 By Catherine J. Frompovich
Everyone who’s been working in the field of vaccine safety advocacy feels certain there’s a ‘smoking gun’ analogy that proves vaccines cause damage, including autism. Apparently that ‘gun’ has been found, and it’s smokin’ hot, at least according to CDC whistleblower William Thompson, PhD, and others who have studied the transcripts of the conversations between Dr Thompson and Brian Hooker, PhD.
After listening to Gary Null’s show Progressive Commentary Hour – 8/25/15 with three outstanding guests, Kevin Barry, Esq., Robert W Sears, MD, and Mary Holland, Esq., I decided to share with my readers their exciting discussion.
Attorney Kevin Barry, author of the recently published book Vaccine Whistleblower: Exposing Autism Research Fraud at the CDC,  in which conversations between Thompson and Hooker have been transcribed and published, claims the most important clue to vaccine damage is tics, medically known as Tourette syndrome. There are numerous studies about tics, plus the Mayo Clinic has a website “Facial Tics and Vaccines” [1].
The major implication for tics is Thimerosal, which contains 49.6% ethylmercury, specifically if you want to focus on tics. Furthermore, tics are five times more prevalent in those afflicted with autism!

Dr Robert W Sears, MD, a board-certified pediatrician and co-author of the “Sears Parenting Library,” emphatically claims that tics are the ‘smoking gun’ in vaccines and autism! He said that on the Gary Null Radio Show of Tuesday evening, August 25, 2015. Tics are the abnormal movement of the body, a twitching movement, plus there also are strange vocal noises referred to as vocal tics. Tics can last from one second in duration and occur anywhere from ten to one hundred times a day.
Dr Sears says that in pediatric care no one knows what to do about them; tics are real and problematic. Furthermore, the CDC’s Dr Thompson’s research on Thimerosal and tics and vaccines is pretty definitive. Sears says that Thimerosal should be removed from ALL vaccines. All flu vaccines contain Thimerosal and should not be given to pregnant women, in this writer’s opinion. Moreover, research shows clear association between Thimerosal and tics AND that research deliberately was hidden!

A three-year-old child in the USA receives numerous toxins from vaccines. Some folks estimate the total toxins amount to 4,000 percent MORE than a child should be exposed to and/or receive. As an aside, did readers know that 98 percent of measles cases were on the decline before the first measles vaccine was introduced?
There’s a ‘surprise’ to be found in Dr Thompson’s conversations with Dr Hooker: Thompson coached Hooker on what needs to be done about vaccine issues, especially about the relationship—correlation and causation—between vaccines and neurological tics, especially in the case of autism.
Thompson further divulged, “The CDC set the research back ten years” by what they did in fraudulently omitting the research regarding autism and under-three-years-of-age African-American boys and autism. Representative Posey of Florida is on record in a C-SPAN video saying that Dr Thompson and his CDC collaborators scheduled a meeting to destroy that data!
Thompson ought to know what he’s talking about since he was the CDC’s lead author on their
Thimerosal study and co-author on the MMR vaccine study. Furthermore, he candidly admits, “The CDC is not transparent.” Whoa!
Attorney Barry says unequivocally that the CDC doesn’t have safety research studies to support their theory!
Law professor Mary Holland, Esq., alleges that some of the most corrupt activity regarding vaccine research at the CDC took part while Dr Julie Gerberding, MD, MPH, was Director of the CDC. Furthermore, she claims that rampant corruption at the CDC shows up in the Thompson-Hooker transcripts. It’s a “cesspool of corruption,” to quote Mary.
Professor Holland points out vaccines/vaccinations are the only medical product/procedure compelled by law! What happened recently in California with the passing into law of SB 277 [2] surely is troubling, especially in view of all the fraud at the CDC regarding vaccine research. Holland asks, “Why is compulsory vaccination necessary if vaccines are that safe?” Good question, Professor!

When it comes to vaccines, is it a case of real science versus fundamentalism?
All the above is from notes I took during Dr Gary Null’s hour-long discussion that led up to what I’ve been preaching for many years about the way to get vaccine issues up front and center where they belong: A media event and activism campaign, since I represented many in the health industry in Washington, DC and I know the value of public relations work.
Vaccine safety advocacy needs to create media events that will force everyone to sit up and take notice on every level: CDC, FDA, the White House, Congress and, especially, the Pharma-controlled- and-bought U.S. TV and print media. Why? Three million individuals are damaged by vaccines and one million have autism!
Gary Null and I think alike about how to go about creating media around vaccine issues. Here’s what Null suggested, plus I added my 2-cents worth, too:

Gary delineated the game plan; it’s up to every concerned parent and individual who values informed consent and control of his or her—and their children’s—health and bodies to follow through and become involved for the long run to a favorable end.
I say, “Let’s roll.” What about you? When do we march?
References:
[1] http://www.medhelp.org/posts/Pediatrics/Facial-Tics-and-Vaccines/show/359954
[2] http://www.forbes.com/sites/tarahaelle/2015/06/30/california-vaccination-bill-sb-277-signed-by-governor-becomes-law
[3] http://www.putchildrenfirst.org/chapter2.html
Image Credit
Catherine J Frompovich (website) is a retired natural nutritionist who earned advanced degrees in Nutrition and Holistic Health Sciences, Certification in Orthomolecular Theory and Practice plus Paralegal Studies. Her work has been published in national and airline magazines since the early 1980s. Catherine authored numerous books on health issues along with co-authoring papers and monographs with physicians, nurses, and holistic healthcare professionals. She has been a consumer healthcare researcher 35 years and counting.
Catherine’s latest book, published October 4, 2013, is Vaccination Voodoo, What YOU Don’t Know About Vaccines, available on Amazon.com.
Her 2012 book A Cancer Answer, Holistic BREAST Cancer Management, A Guide to Effective & Non-Toxic Treatments, is available on Amazon.com and as a Kindle eBook.
Two of Catherine’s more recent books on Amazon.com are Our Chemical Lives And The Hijacking Of Our DNA, A Probe Into What’s Probably Making Us Sick (2009) and Lord, How Can I Make It Through Grieving My Loss, An Inspirational Guide Through the Grieving Process (2008)