OUT OF MIND » TRUTH IN CONSPIRACY THEORIES? » HISTORIES MYSTERIES » 10 unexplainable discoveries on Earth

The history of our planet is filled with incredible mysteries. Even though archaeologists and scientists are working hard to figure everything out, we know very little about our past. We are a species with amnesia. From South America to Asia, there have been countless discoveries of “things” that question our beliefs, society and capabilities. Here we bring you some of the most inexplicable things found on Earth.

Sacsayhuamán is without a doubt one of the most incredible ancient sites ever discovered on the planet. The ceremonial complex is well-known for its impeccable masonry that is so precise that engineers today have no clue how it was made. Some of the stones at Sacsayhuamán are so perfectly fitted that not a single sheet of paper can fit in between.


The Gate of The Sun ( Puerta del Sol)

The Gateway of the Sun from the Tiwanaku civilization in Bolivia
The Gate of the Sun is a megalithic solid stone arch or gateway located in Tiwanaku, an ancient mysterious city located in Bolivia. Archaeologists believe this ancient city was the center of a vast empire during the first millennium AD. Even today researchers cannot figure out the meaning of some of the drawings that are enshrined in the monuments of the ancient city. Some experts believe these depictions have a great astrological and astronomical value.

The Longyou Caves are one of the most mysterious places on Earth. They are a set of artificial caves that are believed to be at least 2000 years old. The Longyou caves are one of the largest structures ever excavated by man. Researchers have been baffled by the size and precision of the caves. Archaeologists, engineers, architects and geologists from around the world have tried to figure out how, and why these artificial caves were built, but no one has offered a logical explanation.


The underwater city of Yonaguni – Japan

This incredible underwater city was discovered accidentally by scuba instructor Khachiro Arataki. The discovery of this ancient city is one of the most important underwater discoveries in recent years. The discovery of the Yonaguni complex has questioned several scientific theories. The incredibly carved rock sank around 10,000 years ago, much before the Ancient Egyptians built the Pyramids. Mainstream archaeology and science states that 10,000 years ago, mankind was not able to construct such a complex city.

The destruction of this once great city has been a mystery for archaeologists and experts for decades. In 1992, Indian archaeologist R. Banardzhi found the ancient ruins on the banks of the Indus River. Questions such as the cause of the destruction and the fate of its inhabitants remain a mystery to scholars. Some researchers have postulated theories that this city was destroyed by the gods, with “advanced nuclear weapons.”


The underground city of Derinkuyu

This incredible underground city has challenged the views and theories of archaeologists and engineers ever since it discovery. No one has been able to understand why and how it was built. While some suggest it was created to protect its inhabitants from climate change, extreme temperatures or even war, there are others who believe that its purpose is far more mysterious. 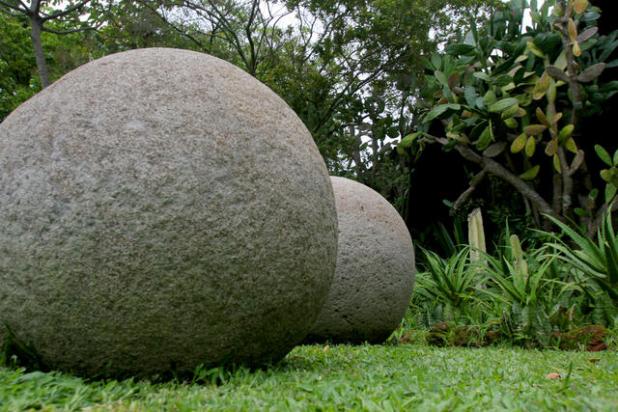 These giant stone sphere have been present from Costa Rica to Bosnia & Herzegovina. They were first discovered in South America in the 1930’s by workers who were clearing jungle to make way for a plantation of bananas. Local legends say that hidden within the rocks there is gold. Even though many o these spheres were destroyed in search of gold, so far, nothing has been found. Similar spheres can be found in Bosnia & Herzegovina near Visoko. No one can explain what these giant stone spheres are made for. 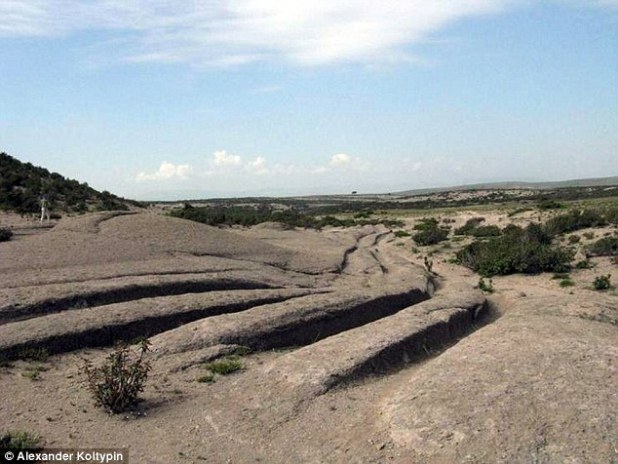 According to Dr Koltypin, these tracers were left behind by vehicles 14 million years ago
According to new studies from Russian Geologists, these mysterious tracers are at least 14 million old and were left behind by “vehicles” that belonged to a currently “unknown ancient civilization” that inhabited our planet in the past. Many researchers believe that e are not the first society to rule over this planet. Many others existed in the past. According to Dr. Koltypin and many other archaeologists and experts which have adopted new ways of thinking these ancient “car tracks” are one of the best preserved pieces of evidence which undoubtedly prove the existence of highly advanced ancient civilizations that inhabited our planet in the distant past. 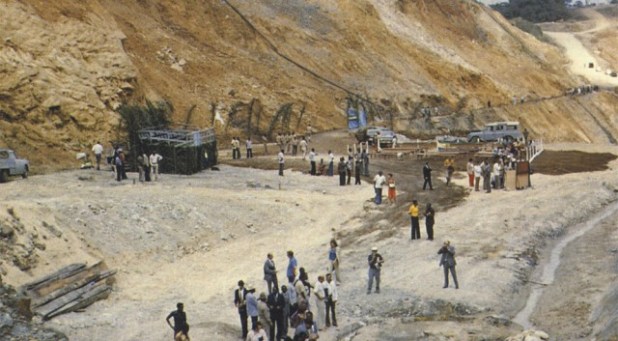 Since the nuclear reactors were discovered in 1972 in Gabon, scientists have scratched their heads trying to understand how it is possible that these nuclear reactors developed in Gabon two billion years ago, and did not develop at any other place on the Planet.
It’s no joke that two billion years ago, parts of an African uranium deposit spontaneously underwent nuclear fission, how well conditions just happened to be perfect and “something occurred”. According to scientists, this mysterious “natural” nuclear reactor had the ability to produce modest energy.
Scientists estimate the Oklo reactors would have had samples with roughly 3.6% uranium-235 — that’s close to the enrichment threshold of modern nuclear reactors. 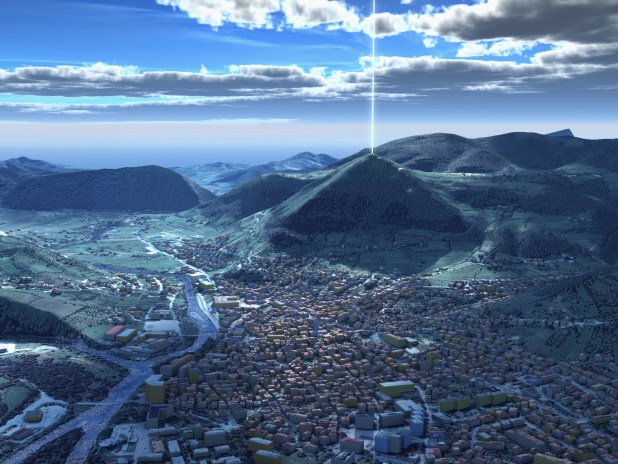 According to researchers around the world and the Head of Anthropology at the American University in Bosnia-Herzegovina Dr. Semir Osmanagić, Ph.D. The Bosnian Pyramids located near the town of Visoko, northwest of Sarajevo are the oldest man-made Pyramids that have been discovered on our Planet. Dr. Semir Osmanagić and his team have spent over 340.000 man-hours in archaeological excavation, sample testing and radiocarbon dating in the period from 2005 to 2013. The Pyramid of the Sun, with its 220 meters height, exceeds the Great Pyramid of Egypt, which measures 147 meters (height). But what we find mind-blowing is the fact that the Pyramid’s orientation to the North is accurate with an error of 0 degrees, 0 minutes and 12 seconds.

OUT OF MIND » TRUTH IN CONSPIRACY THEORIES? » HISTORIES MYSTERIES » 10 unexplainable discoveries on Earth