Latest topics
» Charles and Camilla The marriage of two adulterers

Yesterday at 3:54 am by RamblerNash

OUT OF MIND » PERCEPTUAL AWARENESS » THE SHIFT IN CONSCIOUSNESS » The Modern Shaman: Fierce Love at the Frontier of Madness

The Modern Shaman: Fierce Love at the Frontier of Madness 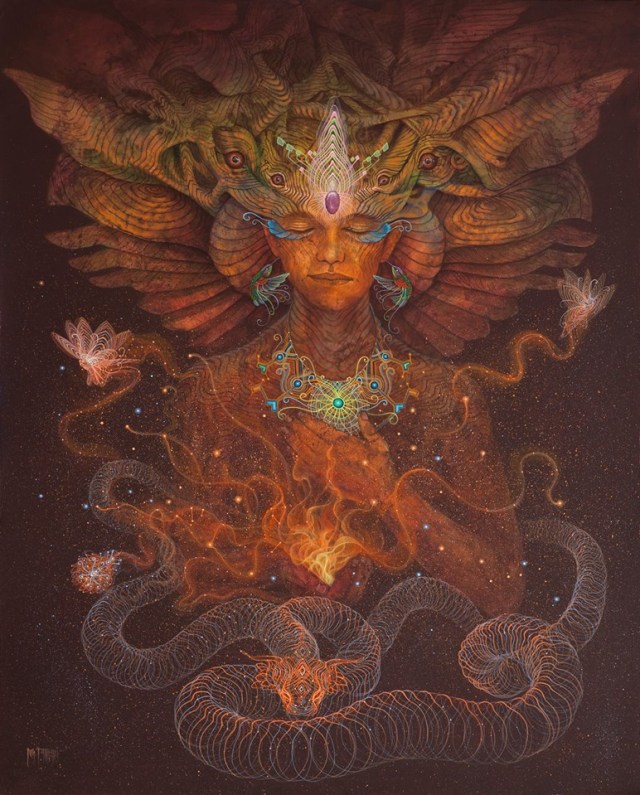 By Jack Adam Weber
Contributing Writer for Wake Up World
Shamans and Revolutionaries don’t preach to the choir, where confirmation bias is high. They go where they are unpopular, to reach those not far from the next step into sanity.
But such sanity doesn’t feel like sanity at first. This is called a healing crisis. Healing crises get worse before they get better, but the result is deeper integration, wisdom, and wellness. But because healing crises are not pretty or tidy or conducive to business as usual, they are not so popular and thereby often thought worthless or irrelevant.
But nothing could be further from the truth.
Our world is in a disease crisis precisely because we have failed to heed the shaman’s message, spoken through many great courage voices—the voices urging us into healing crises to prevent unrelenting illness. Because we have collectively denied our transformations—which necessarily entails embracing the dark—we have created a strange, ironic, and paradoxical disease state on the planet. But not a surprising one.
This absurd paradox is that the dark we have denied inside ourselves is descending upon us outwardly, in the form of all the atrocities we see: from toxic agriculture to pervasive political corruption, to recent assassinations of women activists in Mexico and Latin America, fundamentalist terrorist groups such as ISIS, and the ravages of climate change chaos.
Our modern-day malady follows Yin-Yang wisdom: when inner (Yin) is diseased, it manifests outwardly (Yang), and vice versa. To reverse what is still reversible, we have to become the shamans that embrace Yin-Yang wisdom as the transformation of one polarity into the other. While light-workers are many, we now have to take our light and tend to the darkness with firm action and hands-on change.
Shamans rely on darkness, because all injury and disease pertain to the dark half of Yin-Yang. But this darkness is not evil or to be avoided, as the propaganda about witches, hell, and paganism have tried to convince us. This is the terrain for transformation. The shaman, the healer, illuminates the darkness that others don’t, can’t, or won’t see. All who deny the pain of the Earth and humanity today are such liars. When the shaman notices and embodies the dark, she makes it fertile, transformable, so dark can become light, which is the mark of true healing and sustainability. When darkness is denied it never gets to see the daylight of healing.
Shamans are less concerned with fitting in than they are following their calling in service of the bigger picture, the longer trajectory of integrity. Because they have found their own wholeness, cultivated bravery and courage, and found genuine sovereignty by making the dark conscious, they are okay being mavericks, being alone, and even feeling lonely. But a sense of calling and truth keeps them company, even when the majority dismisses them, or ridicule and try to get rid of them.
If a shaman, a revolutionary healer, becomes popular, she needs to check if she has dumbed-down her heart-mind, or if others have merely awakened. Such discernment requires a clear mind, an honest appraisal of oneself and other, which is never perfectly accurate, because we all carry some degree of shadow. But, the more she knows herself and has trained in being her own skeptic and genuine believer, the more accurate she becomes in assessments of reality.

Such healers must orient towards feeling this edge of radical discomfort (which paradoxically becomes an only security), not the comfy fluff of their own ego, a light without darkness, for the latter of these are to not shake the status quo, to revolutionize, to truly heal. We cannot have immaturity and greed at the frontier of our future, as we do today. The more of us that descend into and heal our own darkness the more we can rise up and truly wake up, the more we are able to rattle and perhaps one day topple the cages that hold us, to set ourselves and the more-than-human world free.
Let us embrace the light to illuminate the darkness. Let us become more radical, yet at the same time reasonable and deeply compassionate. This is to ride the razor’s edge into the future, becoming the healers we’ve waited for to cut through the bullshit of modern living and the many lies and myths and soul-loss we’ve all been part of for too long—all the lies of the industrial revolution and mutilations of Earth-based wisdom.
Rise up, Earth Warriors! Rise up wild sanity! We need a shift back to normal, the normal that looks so damn strange to the creeps in power and the status quo. Yet true to the paradox of healing that looks ugly in the form of healing crises, and true to the nature of genuine transformation, we must become Yin for Yang and Yang for Yin. We must sink deep into ourselves in order to bring out what is most genuine, most passionate, most wise and comprehensively excellent.
This is to become the deep change. Once we do this, darkness on the outside can recede, having lost its momentum through our own repression, no longer needing to mirror to us what we have forgotten. This is revolution in action, not just praying or wishing for it. This is not the fluffy light-ball material of easy comforts. It’s to use that feel-good love to get fierce, to become a little more hardcore and effect the deep change we need.
This is how we train to be Warriors, true shamans. And we emerge activists, because we have seen and felt what it means to be hurt and abused, fractioned and compromised, held down and denied. Once we salvage ourselves, it’s only natural to want it for others, for the entire more-than-human world that has suffered at the behest of the infertile darkness we humans are now charged to lighten with our dark and light love pressing for more light and justice.
Let us save and celebrate what is left and renewable, beginning with our own hearts and minds, the Earth and her wonders. Walk strongly yet gently, with huge yet specific love …
Source:
http://wakeup-world.com/2015/09/04/revolutionary-healing-the-modern-shaman/
Reblogged with the kind permission of Wake Up World

OUT OF MIND » PERCEPTUAL AWARENESS » THE SHIFT IN CONSCIOUSNESS » The Modern Shaman: Fierce Love at the Frontier of Madness