Latest topics
» We Are Invincible!

OUT OF MIND » CHANGING ENVIRONMENT & NATURE » GUIDE TO THE NIGHT SKY » As the last of the 4 Blood Moons to arrive this month have they influenced quakes, weather, volcanoes or solar activity?

As the last of the 4 Blood Moons to arrive this month have they influenced quakes, weather, volcanoes or solar activity?

As the last of the 4 Blood Moons to arrive this month have they influenced quakes, weather, volcanoes or solar activity? Sun Sep 06, 2015 2:18 am

As the last of the 4 Blood Moons to arrive this month have they influenced quakes, weather, volcanoes or solar activity? 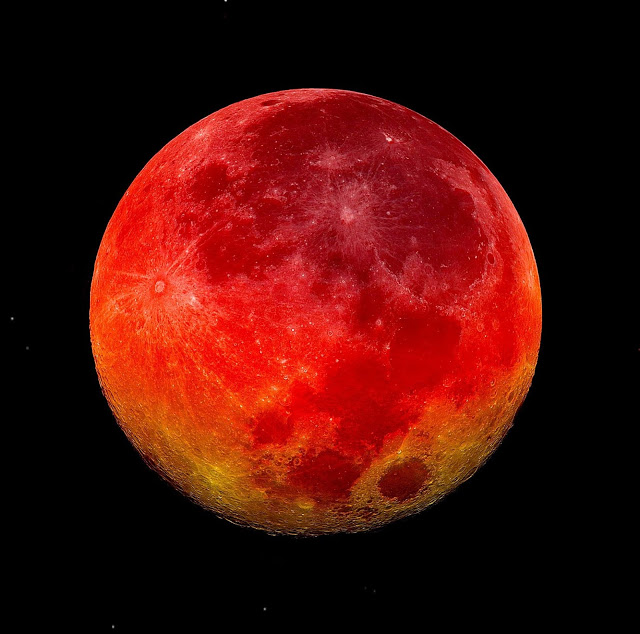 This month sees the last of the four Blood Moons, a Tetrad which will bow out with a special rare "Super Moon" show thrown in on Sept 27/28th.
The Internet is alive with speculation of impending apocalyptic doom to hit earth this month causing NASA to dispel theory's of an incoming comet.
Last April, when the first of the 4 Blood Moons occurred, 26 major quakes of M6 or more were registered, which was easily the biggest total for a month in the whole year, with May and July next best a good way behind on 18.
The biggest was a magnitude 8.2- 94km NW of Iquique, Chile on the second of April, which was the biggest quake of 2014.
April also dominated 2014 with a very impressive 220 earthquakes measuring mag 5-5.9, which was an incredible 75 more than any other month!
The second of the Blood Moons happened in October 2014 and then just as now major quakes fell dormant but not as quiet as now with only 8 major quakes registered the whole of October but we had a massive increase in X-class flares.
October 2014 registered six X-class flares, which was more than half of the rest of the year put together.
With an impressive eleven M-class flares thrown in making it the busiest flare activity month by a country mile!
The third Blood Moon was April this year which had an average month for major quakes but it did produce the deadly and biggest quake of this year with a mag 7.8 in Nepal.
And April was easily this years busiest month for volcanic eruptions with an unprecedented 21 eruptions and a further 3 volcanoes reporting activity.
No X-class flares were reported in April.
The calm before the storm?
This September, not only major earthquakes and sunspot activity have ground to a halt recently but the unprecedented volcano activity we have been lucky enough to witness the last few months have also fallen dormant.
X and M-class flares are conspicuous by their absence too with only 2 X-class flares recorded all year.
Typhoons are at a record high this month but with a "Super El-Nino event" warming up the Pacific, this was expected
Financial crash anybody?

OUT OF MIND » CHANGING ENVIRONMENT & NATURE » GUIDE TO THE NIGHT SKY » As the last of the 4 Blood Moons to arrive this month have they influenced quakes, weather, volcanoes or solar activity?

» Unscheduled Blood Moons! Here's One Explanation You Wont Like!
»  Big Month of Activity ~ SaLuSa 6/8/2012
» Solar Experts Predict the Sun’s Activity in Solar Cycle 25
» 11 Major Earthquakes in the month of June 2015 and the staggering paradox of large quakes since 1900
» New Madrid Showing Continuous Activity! Quakes Tied To Mysterious Booms Now Across 13 States In The Last Two Months!