OUT OF MIND » PERCEPTUAL AWARENESS » OTHER DIMENSIONAL » Psychic Sabotage

“Knock, And He’ll open the door
Vanish, And He’ll make you shine like the sun
Fall, And He’ll raise you to the heavens
Become nothing, And He’ll turn you into everything.”
– Rumi
Activism and its spiritual gift

Direct action whether it be ecological, animal or human rights can offer a tremendous energetic insight when approached from a heart based modality. Even though many activists face brutality, financial ruin, loss of liberty and other status quo tyrannies, there is a spiritual opportunity on offer.
In the late seventies and early eighties, Hampshire police on behalf of their masonic whiners [the masters of the beagles and foxhounds] assigned a hunt squad of six motorbikes, two police cars, a sergeant, chief inspector and a black prison van to follow our every move[eight hunt sabs] twice a week from September to March, and arrested us if we blew a hunting horn, sprayed anti-mate or even hollered to call hounds.
The diverting of tax payers money to protect ‘a depraved indulgence’ was in force for five years until the newspapers got hold of it, and the police troops protecting the ‘slaughter of animals for fun’ were reduced by public outrage.
During that time, we were for all intents and purposes corralled spectators, and often thrown in the prison van until the day’s carnage was over. But with a strong heart and a ready will…we found another way to protect the creatures of the field; prayer…sounds old fashioned doesn’t it, but in the doing, we became aware that we were not ‘spiritually alone’ on the hunting field.
Psychic sabotage 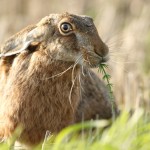 kingdom. He viewed all life as part of himself, and introduced me to the concept of That Art Thou.
The principle of That Art Thou is one of the most profound keys in the practice of energetic modulation or psychic sabotage. Because we are everything that exists, we can, when self is put away and the voice of the I silenced, contact higher fields of consciousness in the elemental realm, and influence the ‘playing field’ of ‘us versus them’ in a way that for most people is unimaginable.
The body as a living whole 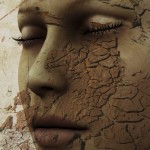 George Trevelyan taught that we are the planet and all its creatures, that our salt tears are the great oceans; our bones and flesh are the rocks and grasslands; the warmth of our bodies reflects the greater sun; and the air in our lungs, the mighty winds that blow from each direction: For That art Thou.
When the chattering mind is still we are everything that exists…there is no separation and, in that state mountains can be moved and seas parted…because it us… As within so without.
Many heart based animal rights activists have experienced this feeling of oneness, and ‘divine intervention’ first hand especially on the blood sports field. Strange happenings that they can’t explain…but wish they could.
No room for self
For those interested in energy modulation of an event…no matter whether it’s direct action for animal or human rights… there is a cosmic rule. There can be no room for self.
This is a tall order for ego centred consciousness because when we are passionate about a cause that involves destruction of the innocent… our ego’s always try to control events.
We are in the right and our adversary in the wrong…black and bloody white, but it’s not black and white at all. In fact when we deal with cruelty and the energy of anti-life, our ego with its self-righteous indignation and violent confrontation only adds to the hate that is present, and as a result more animals die.
I’m not saying that if hunt thugs attack us with clubs…memory lane again! We don’t defend ourselves…but the key is not to get ourselves in that position. While we are punching hell out of each other…animals are dying.
Resonance and trust
When we try to order the universe…shit happens. But when we open our hearts to the infinite, and add our being-ness to the hunted creature, we can with intent become the hare, fox, deer, pilot whale and can influence their physical behaviour…get them to go against their instinct. In other words we can experience a spiritual shape-shift.
This is not pie in the bloody sky.
Psychic sabotage was proven on the hare hunts many moons ago. Even with the beaglers’ police protection, the tally fell into single digits season after season. We had our psychic hit squad… the late great Tony Farann, Mary his wife, Fiona, Sue, myself and Colin; and the brave hearts from Guildford University…all of us witnessed spiritual intervention on many occasions. The hill we prayed on the night before the hunts we called ‘The Meadow of Miracles’.
I got booed off the podium at an annual general meeting of the Hunt sabs for expounding that violence is counter- productive and detrimental to the hunted animal. They didn’t believe that energetic sabotage is a force to be reckoned with. No one wanted to listen then… but in this climate of arrogant oppression perhaps now the time is right.
Animal economic terrorism Act
Make no mistake…if you try to save a hunted animal, expose brutality in factory farms; fur farms and vivisection hell…you’ll be the target of debased and self-seeking fractal consciousness backed up by unjust laws. Physical direct action is an absolute necessity to expose the work of devils, but there is a need for spiritual back up, and protection for those who are courageous enough to put their bodies in the line of fire.
More Here>>
+++
ZenGardner.com

OUT OF MIND » PERCEPTUAL AWARENESS » OTHER DIMENSIONAL » Psychic Sabotage