A researcher breached ethical regulations by publishing a paper which allegedly used ethical mis-steps to advance their study. The paper, published in the American Journal of Clinical Nutrition, used human subjects, including children. One of the complaints which led to the paper’s retraction was that the researchers were unable to provide appropriate documentation which clearly showed that all adults and children involved in the experiment were provided with a full consent form for the study. The paper was also retracted for other reasons, including their possible noncompliance with NIH guidelines, and also the question of whether some participants in the study were even eligible. The American Journal of Clinical Nutrition gave the following specific reasons for their retraction of the paper(1, 2):
The article cited above, which was originally published in the September 2012 issue and prepublished on 1 August 2012, has been retracted by the publisher for the following reasons: 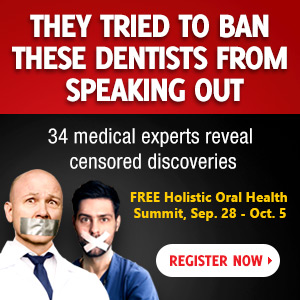 1. The authors are unable to provide sufficient evidence that the study had been reviewed and approved by a local ethics committee in China in a manner fully consistent with NIH guidelines. Furthermore, the engaged institutions in China did not have US Federal Wide Assurances and had not registered their Institutional Review Board (or Ethics Review Committee).
2. The authors are unable to substantiate through documentary evidence that all parents or children involved in the study were provided with the full consent form for the study.
3. Specific eligibility issues were identified in regard to 2 subjects in the study.
The study revolved around the supposed nutritional benefit of Golden Rice. Golden Rice has been touted as the answer to world hunger and vitamin A deficiency, most common in poorer countries where the people don’t always have access to adequate nutrition. Vitamin A deficiency often leads to blindness and death. Golden Rice is a genetically modified organism that has been surrounded by controversy. Wang Jing, a campaigner for Greenpeace in China, pointed out that the researchers didn’t tell the parents or children involved in the study that they were using a GM crop. “They actually hid the fact that golden rice is a genetically modified crop,” said Wang, as reported by NPR.(3)


Research driven by greed and profit?

The paper, titled “β-Carotene in Golden Rice is as good as β-carotene in oil at providing vitamin A to children” focused on comparing β-carotene from Golden Rice with β-carotene in oil form; the paper also claimed that Golden Rice was better at providing vitamin A to children than spinach. A 2013 paper published by Greenpeace International titled “Golden Illusion: The Promises of ‘Golden’ Rice” cries foul to the researchers’ claims(4):
Receive breaking news, alerts and stories from the Glitch email list
But exactly how beta-carotene from golden rice would be processed in the human body, and how the products compare to natural beta-carotene in plants, is not yet known.
Any food safety assessment of golden rice would be extremely complex. Most regulatory systems rely on the concept of substantial equivalence, where the plant is considered equal to its non-GE counterpart except for the protein produced by the introduced genes. However, because golden rice attempts to introduce a whole new biochemical pathway, the concept of substantial equivalence is not applicable.
Greenpeace goes on to say that Golden Rice really isn’t needed, or necessary, which begs the question, why promote this product anyway?
Perhaps there is money behind conducting a study to show the benefits of a GM product like Golden Rice. As Greenpeace points out, the Golden Rice research project has a great PR team. Yet, in 2015, the White House Office of Science and Technology Policy the US Patent and Trademark Office awarded the Golden Rice inventors with a humanitarian award.(5)
As GRAIN.org points out, “Golden Rice is being developed by a ‘public-private partnership’ led by Syngenta, one of the world’s largest pesticide and seed corporations and the owner of the patent rights involved, and the International Rice Research Institute (IRRI).”(6) Scientists benefiting from the very industry their studies are based on can not be trust to be honest in their own published work. If the scientists themselves cannot conduct research ethically on this product, then how are we to believe that his isn’t a profit-driven scheme backed by major agrochemical companies who are, rightly known, to be nefarious in their work?
Sources:
(1) GMWatch.org
(2) RetractionWatch.com
(3) NPR.org
(4) [url=http://www.greenpeace.org/international/Global/international/publications/agriculture/2013/458 - Golden Illusion-GE-goldenrice.pdf]Greenpeace.org[/url][PDF]
(5) Independent.co.uk
(6) Grain.org