at 02:00 Posted by Vatic Master
Vatic Note:   I took a nasty tumble today and really hurt myself, so my Vatic Note won't be as long or indepth as I usually do on subjects like this.  I just want to remind you before you read this that the Queen and her family are Khazars from Khazaria, as Prince Charles recently announced.   That is why the appointed royalty in the middle east were NOT ARABS OR SEMITES, rather they are all Khazarians. That is why they get along so well.

Prince Charles stated he was descended from "VAL THE IMPALER" whose short name is "COUNT DRACULA" and Romania was part of Khazaria before it got split up and the khazars migrated into eastern Europe and inter married with the royalty so that is why the British are so close to the Israeli's and are so very committed to a police state.  Now that they have disarmed their people.... I am wondering if the evil ones will have any trouble bringing Britain down. 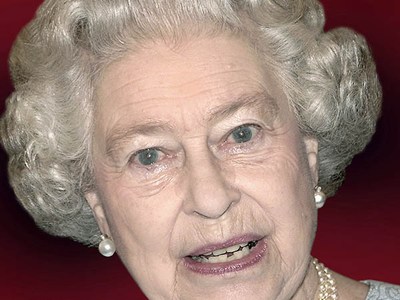 As Elizabeth II becomes England's longest
serving monarch, it is worth remembering that
she is really a symbol of economic disparity.  (VN: and the reason she is the "longest reigning monarch is because she drinks the blood of babies.)
Elizabeth Windsor and her covert syndicate in London are the world's largest landowners by a significant margin.

Latest! Europe's royal élites are fragmenting over their Nazi-continuum connections with the Committee of 300

Original Article back in 2010

It is accurate to posit that Australia, New Zealand and Canada are not independent, sovereign countries. However, these nations are not owned and run by the UK; they are owned and run by the House of Windsor Crown Temple syndicate within the City of London Corporation. The head signatory of the Crown Temple syndicate is Elizabeth Windsor (Queen Elizabeth II of England).

It should not be forgotten that the most powerful financial syndicate in the Western World is that of the European Rothschilds. The Rothschilds, because of their power base inside the City of London Corporation, have a controlling membership of the London Crown Temple syndicate, and they also have executive control of the Vatican and the Mafia though the P2 Masonic Lodge in Italy.

Queen Elizabeth II fronts for the Rothschilds. She is the largest landowner on Earth. She is Head of State of the United Kingdom and of thirty one other states and territories, and is the legal owner of 6,600 million acres of land, one sixth of the Earth's land surface. A conservative estimate of the value of the Crown Temple syndicate's land holding, under the Queen's signature, is £17.6 trillion. 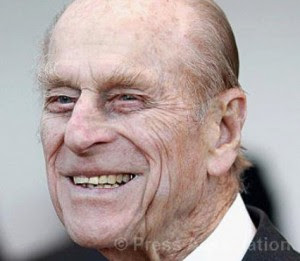 The 4th largest landowner on Earth is often said to be the Federal Government of the United States, which owns about one third of the land area of the USA, 760 million acres. However, this Washington DC private corporation Federal Estate is actually owned and controlled by the London Crown Temple syndicate. Indeed, at the present time, the London syndicate in partnership with an old family Chinese syndicate, hold, and have activated, a $47 trillion World Court Writ of Execution and Lien on the US Treasury and the US Federal Reserve Board.

The five largest "personal" landowners on Earth, at present, are Queen Elizabeth II of England (6,600 million acres), King Abdullah of Saudi Arabia (553 million acres), King Bhumibol of Thailand (126 million acres), King Mohammed IV of Morocco (113 million acres) and Sultan Quaboos of Oman (76 million acres). In reality, however, these named individuals are just the head signatories of old bloodline syndicates which act corporately through hidden family trusts. (VN: all those named are also Khazars, as is Rothschild, so citizens of those countries,  HEED THE WARNING "BE CAREFUL AND PREPARED".


The article is reproduced in accordance with Section 107 of title 17 of the Copyright Law of the United States relating to fair-use and is for the purposes of criticism, comment, news reporting, teaching, scholarship, and research.