Breaking in Mississippi: Professor killed by active shooter plus...

On Monday, September 14 Delta State University Professor Ethan Schmidt was allegedly shot by an unknown assailant who is

presently on the loose. The story is being vigorously promoted by major news media vis-á-vis university and Mississippi state officials, and federal agencies including the Bureau of Alcohol, Tobacco, Firearms and Explosives.
Yet Delta State is also noted in the region for “active shooter exercises”–the most recent of which were held in late August of this year (see below news report). “We’ve had and hosted several active shooter trainings on campus,” notes Delta State Campus Police Chief Lynn Buford in a story appearing in the Bolivar Commercial that has since been deleted from its website.

Delta State’s police department works with the local sheriff’s office on such drills. When such a false scenario begins to play out campus police receive word of an alleged “active shooter” on campus. “Then we send out a text message that goes to Facebook and Twitter and email,” Buford explains. “Depending on the situation we’ll decide to either lockdown or evacuate.”
The campus community is kept apprised of such situations via “Okra Alert,” which uses social media to inform on the given incident. “It’s a text message system which includes text and email,” according to Buford. “We can also link it to our Facebook and Twitter pages.” About 4,100 people are Okra subscribers.


The story below on Delta State’s recent active shooter exercises has been deleted from the Bolivar Commercial’s website. It was located by MHB reader Cindy and saved via a screen capture.

There are also other curious facets to this developing story presented to the public via “social media postings.”
“Before Schmidt was identified as the victim,” Yahoo! News reports, “friends of the slain professor posted heartbreaking messages on his Facebook page inquiring about this wellbeing.” The story goes on to quote from Facebook:

Starling said Schmidt as very involved at Emporia State, including serving as student body president.
“He’s somebody that I never knew to ever have a quibble with anyone,” Starling said. “He’s one of the best people you will ever know.”
Starling adding: “I’m stunned. He’s a great guy.”

Another unusual coincidence: Delta is scheduled to celebrate its 90th anniversary on September 15th–an occasion that will surely be used by corporate news media to exploit the event. 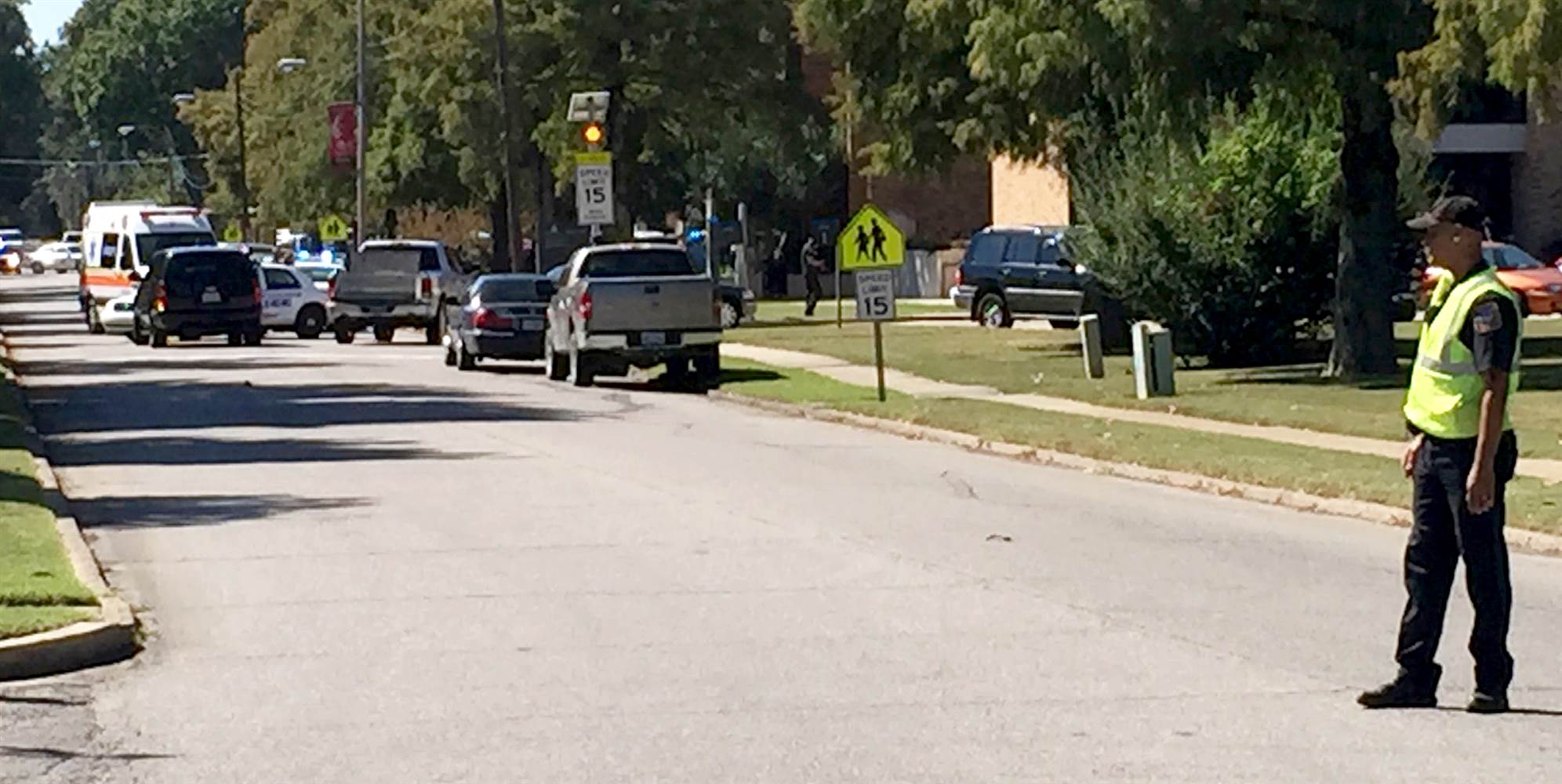 Admin
Posts : 107587
Join date : 2012-01-04
Location : Woodstock Nation
Delta State University professor shot dead on campus by another prof
Posted on September 14, 2015 by Dr. Eowyn | Leave a comment
The number of mentally ill students on U.S. college campuses has been increasing for some time now.
A year before I retired as a professor, I was so spooked by a male student in my evening course that I asked campus police to escort him from my class. I actually carried a gun in my brief case to class that night.
Little did I know that mental illness also plagues the professors, as is shown in the story below.

Delta State University history professor Ethan A. Schmidt
Therese Apel reports for The Clarion-Ledger, Sept. 14, 2015, that Ethan Schmidt, a father of three and an assistant professor of American history at Delta State University (DSU) in Cleveland, Mississippi, was shot dead near Jobe Hall on campus this morning. The shooter is still on the loose.
Bolivar County Coroner Dr. Nate Brown confirmed Schmidt’s death but could not give any further information at this time.
The campus is currently on lockdown. The university has released Twitter advisories telling people to stay inside and away from windows. The Cleveland School District says all local schools are on lockdown.
DSU, with an enrollment of more than 4,000 students, has been in class for about a month.

Shannon Lamb
In an update, The Clarion-Ledger reports that The Sun Herald says the suspect is Shannon Lamb, 45, who is also a suspect in an earlier shooting in Gautier, which is about 300 miles south of DSU. The victim in Gautier has not been identified pending notification of next of kin, but authorities told reporters that Lamb and the victim were romantically involved.
NBC News says Lamb is identified on DSU’s website as a geography instructor.
Lamb is still at large. His Facebook page says he received his doctorate this year. Cryptically, Lamb tells people that it (his Ph.D.?) may have “dropped off the face of the earth for the past 18 months or so.”
Friends who have posted on his page are begging him to turn himself in.
Classes at DSU have been canceled for the remainder of the day and Monday night, as well as 90th anniversary commemorative events set for Tuesday.
All faculty, staff and students who have been cleared from academic buildings are being moved to Sillers Coliseum. Students currently in residence halls should remain there. Campus administrators are working to get food, water and counselors to the Coliseum. Police are working to clear all campus buildings, and students, faculty and staff should stay where they are until they are escorted out.
~Eowyn