OUT OF MIND » THE INSANITY OF REALITY » GOVERNMENTS & THE NEW WORLD ORDER » Vic Bishop: Mind Control Programs Exposed – Your Thoughts Are Not Your Own

Vic Bishop: Mind Control Programs Exposed – Your Thoughts Are Not Your Own 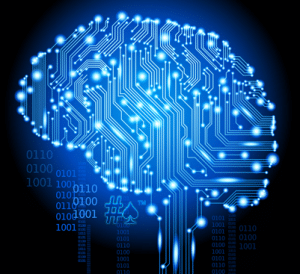 By Vic Bishop, Waking Times, September 15, 2015
Research into the structure and function of the human brain continues to accelerate. Collaborations, such as the Human Brain Project in Europe and the BRAIN initiative in the United States, are exploring making great advances in understanding the brain’s circuitry and computing principles.
The supposed goals of these research initiatives are to understand the cause of and to improve treatment of brain disorders, to create neuromatic and neurorobotic technologies that advance developments in Artificial Intelligence and supercomputers, and also to uncover the patterns of neural activity that produce human cognition, decision making and actions. In 2014, over $300 million in public and private funding was made in support of the US BRAIN initiative, and EUR 8.3 million was invested in the European Union’s Human Brain Project.
Simultaneously, technologies are being developed to create a new brain-computer interface, which will be able to manipulate the brain using “neural dust,” light beamed from outside the skull, and by implanting memories by altering neuron DNA.
The human mind is an electrical device. If they reverse engineer the brain to figure out how to invade and program the electrical mind, it can be taken over and anyone can theoretically be controlled remotely, and the affected persons would have little to no clue what was going on.
In the interviews below, Neil Sanders, author of Your Thoughts are Not Your Own, and Steven Jacobson, author of Mind Control in the U.S., expose evidence of officially sanctioned mind control programs and the effects of media programming on human behavior.
As innovations that understand and alter brain function continue to mature, can we trust their creators to use them to benefit humanity, versus using them to further manipulate the masses and influence specific individuals?


About the Author
Vic Bishop is a staff writer for Waking Times.

This article is offered under Creative Commons license. It’s okay to republish it anywhere as long as attribution bio is included and all links remain intact.

OUT OF MIND » THE INSANITY OF REALITY » GOVERNMENTS & THE NEW WORLD ORDER » Vic Bishop: Mind Control Programs Exposed – Your Thoughts Are Not Your Own