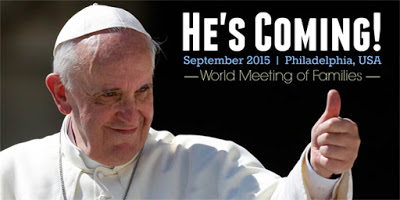 “By their fruit you will recognize them.” -Matthew 7:16

His papacy is only 2½ years  old, and already Pope Francis has provoked a raging culture war within the Catholic Church.
Anthony Faiola reports for The Washington Post, Sept. 7, 2015, that rather than stake out clear stances, Francis is more subtly, often implicitly, backing liberal church leaders who are pressing for radical change, while dramatically opening the parameters of the debate over how far reforms can go. Since then, liberals have tested the boundaries of their new freedom, with one Belgian bishop going as far as calling for the Catholic Church to formally recognize same-sex couples.
In more than a dozen interviews, including with seven senior church officials, insiders say the change wrought by Francis “has left the hierarchy more polarized over the direction of the church than at any point since the great papal reformers of the 1960s.”
There is “a growing sense of alarm” about Francis among the Catholic Church’s conservative clergy, who have launched “a conservative backlash” against “the liberal momentum building inside the church.”
The conservative rebellion is taking on many guises — in public comments; in the rising popularity of conservative Catholic Web sites promoting Francis dissenters; books and promotional materials backed by conservative clerics seeking to counter the liberal trend; and leaks to the news media, aimed at Vatican reformers.
While criticism of a sitting pope is not unusual — liberal bishops on occasion challenged Francis’s predecessor, Benedict XVI — what shocks many is just how public the criticism of Francis has become. Here are some examples:

The Culture War within the church hierarchy may lead to a rupture.
Maike Hickson reports for LifeSiteNews, Sept. 8, 2015, that Cardinal Gerhard Ludwig Mueller, the head of the Catholic Church’s Congregation for the Doctrine of the Faith (CDF), said German bishops are leading the Church to a schism.
According to the German newspaper Die Tagespost, Mueller criticized “a climate of the German claim to leadership for the Universal Church.” Many German bishops have declared that “life realities” must be taken into account as part of Church teaching and salvation. However, Mueller said the goal should not be “about adapting the Revelation to the world, but … about gaining the world for God.”
Mueller said that he is frequently asked why German bishops claim to be leaders of the Catholic Church — while flouting teachings on marriage and sexuality — despite overseeing dramatic reductions in church attendance, shrinking numbers of seminarians, and a drop in vocations to religious orders.
Mueller specifically identified allowing “remarried” Catholics to receive the Eucharist, as well as accepting a redefinition of marriage, as challenges to overcome. “We may not deceive the people, when it comes to the sacramentality of marriage, its indissolubility, its openness toward the child, and the fundamental complementarity of the two sexes,” he firmly stated. “Pastoral case has to keep in view the eternal salvation,” as opposed to a desire to be popular or accepted in the world.

Jordan Schachtel reports for Breitbart that on Sept. 15, 2015, Archbishop Paul Gallagher, the Vatican’s chief diplomat, released a statement officially welcoming the nuclear agreement between the P5+1 world powers (U.S., UK, China, France, Russia, Germany) and Iran, stating that the Holy See believes Tehran will reduce its nuclear capabilities in exchange for sanctions relief.
Moreover, in calling for a Middle East free of nuclear weapons, the Vatican also appeared to target Israel, given that it is the lone nuclear power in the region.
H/t Fr. Michael T. Barry, who had this comment about the Vatican’s approval of the Iran deal: “What? LSD in Vatican water supply?”

Francis will arrive in Washington, D.C., on September 22.
On Sept. 23, he will be welcomed to the White House by Obama, who, in a supreme “F-you” gesture to the Church, has invited to the meeting with Francis a freak-show of opponents of traditional Catholic teachings, including a pro-abortion nun, a transgender woman transvestite, the first openly-homosexual Episcopal bishop, and two “Catholic” homosexual activists.
H/t FOTM’s MomOfIV

» Pope's decree about to cause mass resignations?
» The Mysterious Aztlán Stones Describe The Extraterrestrial Visit Thousands of Years Ago
» Do these clues point to a false flag during Pope's visit?
» Citizen Arrest Warrants Issued today to Detain former Pope, Queen of England and other church-state officers - Property and Assets to be Seized. Doreen Agostino
» Arrest the Child Traffickers! Protest to confront Pope Francis, Queen Elizabeth on April 3 in Rome and "Stand Down" Order is issued to officers of the Vatican and the Crown of England