James Bristle and a friend were digging in his soybean field when they unearthed what looked like a bent fence post, caked with mud. Instead, it was part of a pelvis from an ancient woolly mammoth that lived up to 15,000 years ago.

A team of paleontologists from the University of Michigan and an excavator recovered about 20 per cent of the animal's skeleton this week in Michigan. Aside from the pelvis, they found the skull and two tusks, along with numerous vertebrae, ribs and both shoulder blades.

"We think that Ancient Natives were here and may have butchered and stashed the meat so that they could come back later for it," Daniel Fisher, the scientist who led the dig, said Friday. 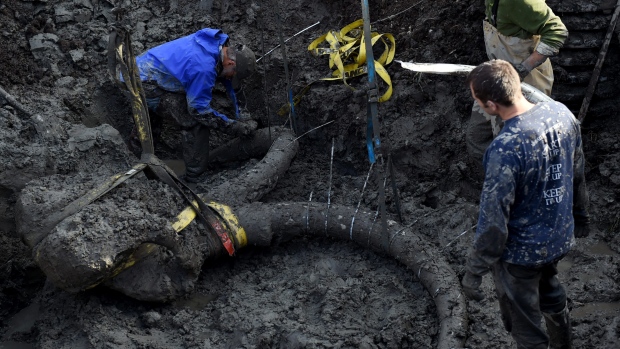 Three boulders the size of basketballs found next to the remains may have been used to anchor the carcass in a pond, he said.

Mammoths and mastodons, another elephant-like creature, were common in North America before disappearing around 11,700 years ago. Remains of about 300 mastodons and 30 mammoths have been discovered in Michigan, Fisher said, although most of the mammoth finds aren't as complete as the one in Bristle's field. 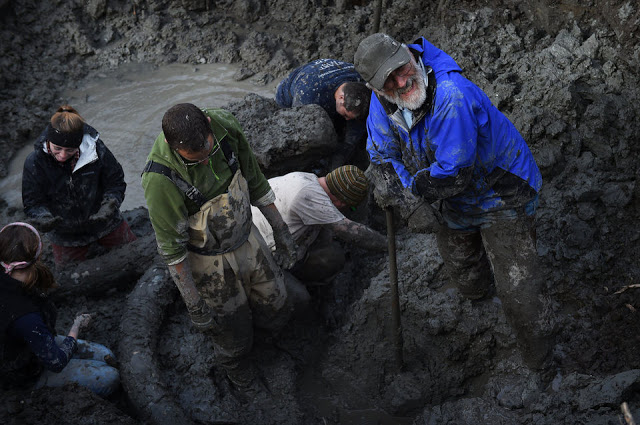 Bristle told the Ann Arbor News he bought the property a couple of months ago. He and his friend were digging to make way for a new natural gas line when they found the odd object. 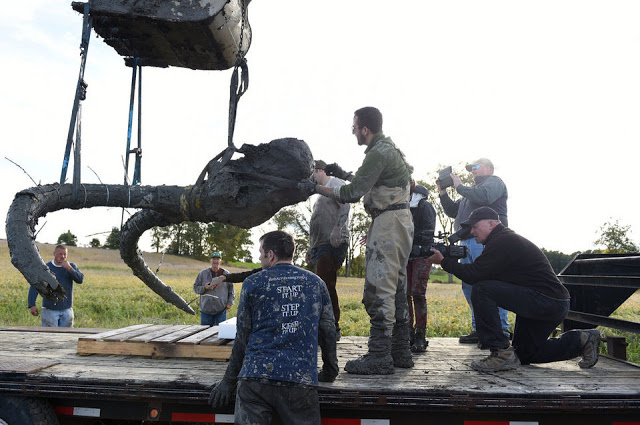 "When my 5-year-old grandson came over and saw the pelvis, he just stood there with his jaw wide open and stared. He was in awe," Bristle said. 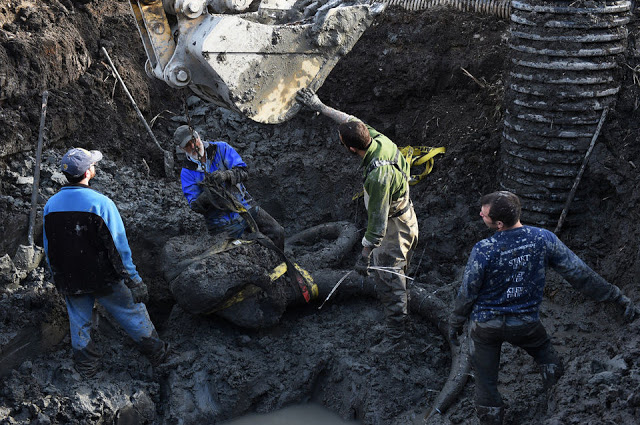 The bones will be cleaned and examined by university researchers for cut marks that would indicate human activity, Fisher said.
Source 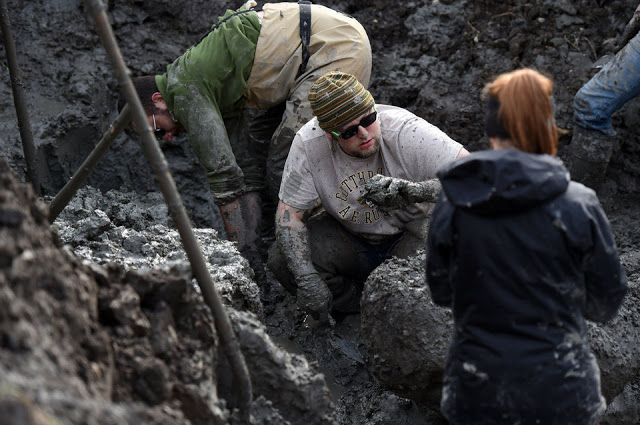