Its been a while since I have written any update of the past few months.   The first few months went slowly as it was winter, and I was doing a lot of adjusting to a new culture and environment which absolutely stunning in scenery.  Since May its been a rocket sled of doings which only got more rapid paced with the cooperation of the Sphere Alliance members we've been in contact with.

Learning a new language is not easy, comes easier to some than others.  The first hurdle seems to be for me to decipher the spaces between words.  Native speakers tend to speak very rapidly with each other and its hard for a newcomer to discern where one sound ends and another begins. Gradually your ear tunes to the pauses, learns certain words that are heard over and over again and a grammatical and syntax structure slowly forms in your head.

Italian is a very beautiful musical language, they use less letters than the English alphabet, there's no "K" excepting when dealing with kilograms or kilometers, and other foreign words.   Italian is said to have been invented by Dante Alighieri (an incarnation of St Germaine) who added musical tones to a Tuscan dialect of Latin.  Italian makes more sense to me than French, and its a language which in most cases is spelled as it sounds, once you know they way the letters are arranged for those sounds. There are not the unusual spellings you find in French and English, English has so many exception words because we borrow from every language.  Parts of the region I live in are bi-lingual, Italian and French being the secondary language.  The children all seem to know English very well.


This area is kind of the Scotland of Italy, its has very ancient celtic roots, Silesians, also known as the Helvetia in Switzerland  and other names in other languages.  They lived in these mountains for thousands of years from Italy, France and Jura region of Switzerland all the way up into the borders of  Germany.  I don't know the exact history of the region, Celtic history has been a very suppressed history, but they were among the earliest colonists of this planet. The Celtic peoples are not limited to this Earth, they are also found in the Pleiades and Andromeda. 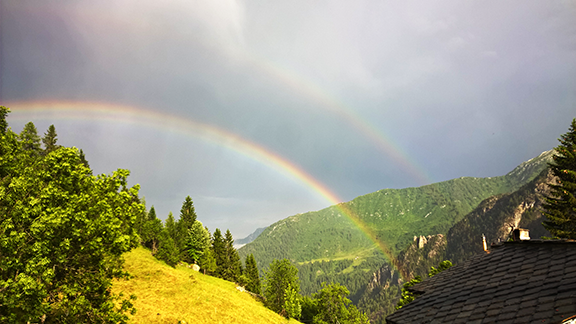 The people I have met here have been amazing. This was not a group of people trying create a "conscious community" this was already conscious people BEING a community, in the truest sense of that word. Yet it is not a commune.  This experience has been what Aouchtam should have been.

A court in Italy recently ruled in favor of a man who contested some auto licensing issues with the I AM documents Heather created in 2014, and the court ruled the law filings were indeed valid and exonerated the man.  All the control systems were based on assumption that you are unaware of  who you are.  Or as in the UCC systems "cargo lost at sea".  The Italians have been very diligent in their use of the documents, and have translated them all, have had some amazing results.    A side effect of being a very Catholic country (the average man is not very devout) the words Eternal Essence in body means something to Italians, and to many Italian police. The judges are coming up to speed. All the judges in Italy know about Heather's work.

PS:  Donations to the blog are always welcome, I need help this month,  I need to raise $200-300 soon.  August is always a slow month for ad revenue because of the summer vacations, that has been true since i began this blog.  And that held true in the September ad payments.  I do have rent to pay.  I have never lived with a nicer group of people.