Pot from Above: San Francisco Entrepreneurs to Deliver Weed By Drone Using Bitcoin 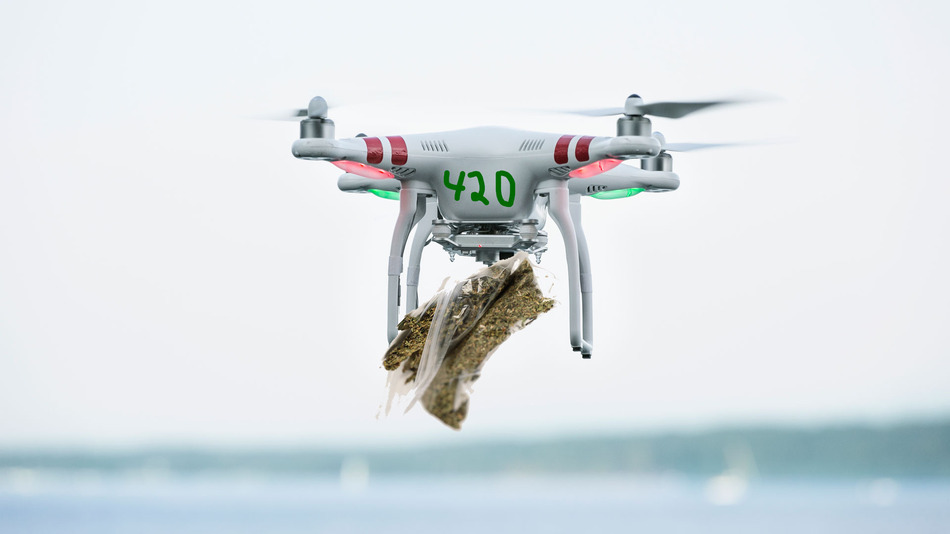 By Justin Gardner
A company called Trees may soon represent the perfect confluence of technology, libertarianism, and enthusiasm for an ancient psychoactive plant.
Trees, which currently delivers high-grade cannabis to the homes of Bay Area medical patients, wants to take this service to the next level by using drones for delivery. That in itself would be novel, but the kicker is that people could use Bitcoin—a cryptocurrency that exists outside of government control—for payment. When you press a button on your smartphone’s Bitswitch app, the drone will drop the neatly packaged product into your lap.
That is, if CEO Marshall Hayner can get around the Federal Aviation Administration’s prohibition against using drone delivery for profit. Hayner is seeking a 333 exemption, which the FAA gave to Amazon so it could test delivery drones.
Annalee Newitz of Gizmodo met with Hayner and some colleagues at a San Francisco park back in August to talk about the future of Trees. The three—including Jackson Palmer of Dogecoin and Morgan Rockwell of BitSwitch—have long been involved in Bitcoin startups, and they see Trees as a solution to the apparent slump of digital currency.


Cannabis is the ideal market for Bitcoin. While the legalization of cannabis for both medical and recreational purposes is gaining ground across the country, most states have some form of prohibition, as the federal government is still stuck in the dark age.

Easiest way to get your first bitcoin (Ad)

What this means is that anyone who wants or needs to deal with banks for a cannabis business will have no luck, as banks are tied into a centralized system under control of the U.S. government and the Federal Reserve cartel.
The Fed acts as a proxy enforcer of federal drug laws by refusing to deal with cannabis businesses. This stance endorses a primitive, fiction-based view of cannabis and makes a mockery of states’ rights.
The cartel cemented its position in July when the Federal Reserve Bank of Kansas City denied an application for a master account by a non-profit cooperative formed by Colorado’s state-licensed cannabis manufacturers.

Since asking any sort of depository institution to operate without such an account, and hence without access to the Fed’s payment facilities, including its check clearing, wire transfer, and ACH facilities, is like asking a commercial airline to make do with propeller-driven biplanes, and established banks don’t want the extra hassle that comes with dealing with pot growers, the Kansas City Fed’s action forces Colorado’s marijuana industry to do business on a cash-only basis, with all the extra risk and inconvenience that entails. – CATO Institute

The Fourth Quarter Credit Union is now suing the Federal Reserve Bank of Kansas City, pointing out several unjust actions taken by the Fed during the application process.

Using Bitcoin currency can avoid these regulatory nightmares of central authorities, and that is the genius of Trees.
They are tapping into a cannabis market that’s booming as prohibition laws fall to the power of logic and science. If the Fed continues its stance, Bitcoin may find the momentum it needs to become a powerful rival to fractional reserve banking.
Hayner describes what the future cannabis industry may look like.

“But the showstopper was actually the Bitcoin, not the bud. And Hayner’s futuristic plans. “The ten year vision is an app for every part of this industry,” he said, puffing on a vape pen full of cannabis oil. “You’ve got apps for the grower to monitor nutrient levels, and it ties into everything.” Soon you have apps for harvesting, shipping, selling, and finally, of course Bitcoin point-of-sale devices in your delivery drones.
“In the future all these apps can pull together a network, little by little,” Hayner said, gesturing vaguely at the drone, the box of pot he’d just given me, and perhaps at the park itself.”


Thanks to Visionkeeper for the forward and: http://www.activistpost.com/