OUT OF MIND » CHANGING ENVIRONMENT & NATURE » EARTH CHANGES »  A mag 6.0 - 49km SW of Coquimbo, Chile is the first major quake of October

A mag 6.0 - 49km SW of Coquimbo, Chile is the first major quake of October

A mag 6.0 - 49km SW of Coquimbo, Chile is the first major quake of October 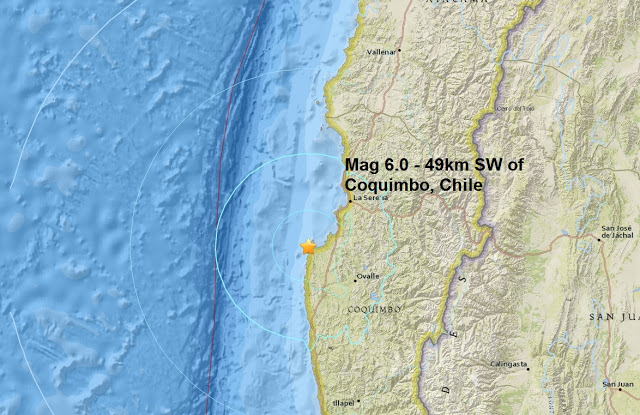 [size=36] September brings an impressive 22 major quakes along with the biggest of the year a Mag 8.3 in Chile[/size] 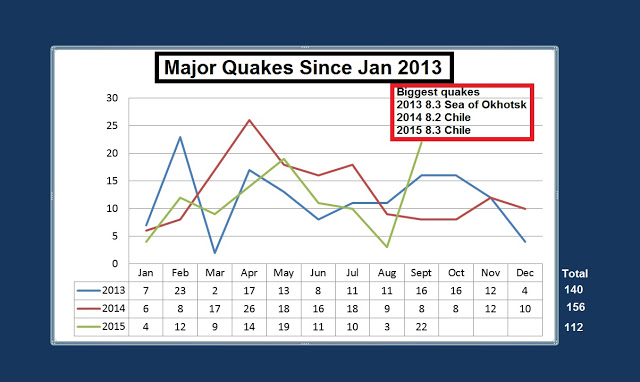 September bumped up a struggling earthquake count with an impressive 22 major quakes, however take away the 14 that struck Chile and you are left with a very ordinary count of 8.
The major quake count is emulating the weather in it's extremity recently....after August produced a miserly 3 major quakes, the least since March 2013, which produced 2, September waded in with the highest amount, 22 since April 2014, which produced 26.
September gave us the mightiest quake of the year, a very impressive magnitude 8.3 just north of Santiago, Chile.
All indications for the coming month appear to be quiet, 3 days into October the biggest quake so far was a magnitude 5.8, also in Chile
Be Prepared for an Earthquake:
Create a disaster kit - flashlight and extra batteries, portable radio and extra batteries, first aid kit, essential medicines, sturdy shoes.
Have enough food and water for the entire family for at least three days
http://www.usgs.gov/

OUT OF MIND » CHANGING ENVIRONMENT & NATURE » EARTH CHANGES »  A mag 6.0 - 49km SW of Coquimbo, Chile is the first major quake of October