OUT OF MIND » PERCEPTUAL AWARENESS » THE SHIFT IN CONSCIOUSNESS » What The F**k Is Going On With The World?

What The F**k Is Going On With The World?

By Phillip J. Watt
Guest Contibutor, ZenGardner.com
The world just keeps getting crazier. On so many levels and in so many ways, epic alterations are taking place, which reinforces the old wisdom that the only constant is change.
Let’s start with the geopolitical and economic instability that is unprecedented in human history. There are not only civil and transnational wars in the Middle East, Africa, Europe and elsewhere, but there is the strong potential for a global conflict to escalate into full-blown nuclear and chemical engagement.
As a result of these wars, millions of people are being displaced from their homes and are fleeing to nations that are already struggling economically. There are also currency wars. Trade wars. Race wars. Religious wars. A shadow war between good and evil. It’s not just the external world in conflict either; there’s a war happening within every single one of us where our old ways of thinking and being are evolving into new paradigms of awareness and activism.
The fact remains that individuals are listening to their inner voice which is demanding they wake up to the truths of reality. Each new member is contributing to the tipping point for a bitter-sweet collective awakening; a conscious society has been conceived and is well on its way to being born.
This is further amplified by all the dysfunction that we see in the world today. I guess we could say it’s a blessing in disguise because it’s disturbing people from their slumber. The more that people understand that the capitalist fairy-tale has turned into crony capitalism, banking fraud, political sell-out and multinational tyranny, as well as an increase in wealth inequality, poverty and other socioeconomic disadvantage, the sooner they’ll understand that it has failed our global society.
Collectively, we must embrace our next stage of evolution in which we design our social and economic systems to benefit everybody, not just the self-appointed ruling class.
The outcomes of an increasingly unstable global economy will help drive this home for many more people too. As the economic depression accelerates and more countries enter into recession, more people will lose their jobs and their livelihoods, so they’ll be looking for answers to whose fault it is.
The blame should go to our so-called global leaders — at least partly. Those in public power have been brainwashed by those in shadow power. As a result, they are perpetuating a dying system and are therefore failing to look for alternative solutions to the systemic mess that we’re in. Not only are they incompetent at their job, they also lack the vision to direct us through these turbulent times into a new era of peace for all of humanity.

Every one of us should know that politicians no longer represent the people, they represent big money. Examples that clearly illustrate this include:

The reality is, if we want to evolve our society we need to change the way information is disseminated to the public. That means dismantling the matrix-media monopolies and ensuring that the right information gets out to the masses. Of course everybody has the responsibility to be discerning with what they hear, yet (although it is born of frustration) the word “sheeple” didn’t come into existence for no reason.
The mainstream mentality needs to be force-fed information. If so, there would be uproar almost instantaneously, just like with Cecil the lion. The mainstream news pumped that story and within a short moment it seemed like the whole world was up in arms about the death of one lion. That’s right, one lion. Not the 22,000 children that die each day due to the way that we economize our global society, or the thousands of people dying from the unjust wars generated by the military-industrial-politico complex.
Just. One. Lion.
Of course we should honour the life of Cecil, but that’s not the point. This is the power of the matrix-media. There are of course truths woven throughout it, but it’s been proven loud and clear; the so-called elite who control it do so for their own benefit and not for the benefit of you, me and the rest of the 99.9%.
Inspiringly, the collective consciousness of humanity really is waking up, even if it is a slow process. So many people now understand the bigger pictures and greater truths.
The areas that more and more individuals are becoming conscious of don’t just revolve around geopolitics, politics, economics, power structures, multinational madness and alternative social systems, but also the inner divinity that we all share, as well as the spiritual nature of consciousness itself.
In any case, make no mistake about it: one day we will actually unf*ck the world. 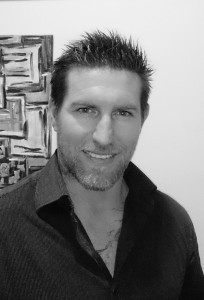 Phillip J. Watt lives in Sydney, Australia. He identifies as a ‘self-help guide’ as he has long focused on his physical, mental, emotional and spiritual health and then shares those lessons with his clients and readers. His written work also deals with topics from ideology to society, as well as self-development.
Phil has a degree in Social Science and Philosophy and has been trained extensively in health services. He assists adults, children and families as a mentor, relationship mediator and health and life teacher. He also provides online support services for personal healing and growth, assisting his clients to grow their skills and knowledge in life management and adventure.
Follow him on Facebook or visit his website www.vitalityguidance.com where you can reach him for a personal appointment.
+++
ZenGardner.com

OUT OF MIND » PERCEPTUAL AWARENESS » THE SHIFT IN CONSCIOUSNESS » What The F**k Is Going On With The World?