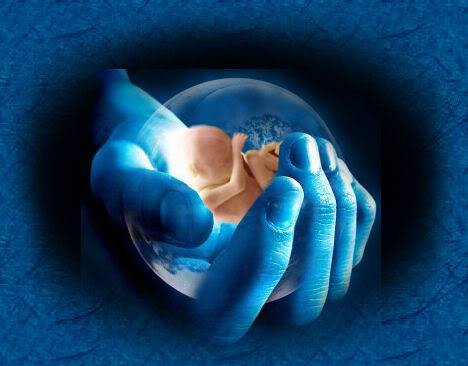 
There is no time like the present to review your relationships with
friends or family. Often when you incarnate you are placed with souls
you have known in previous lives, and it is for the reason that you are
likely to have issues between you that need facing again. Because there
is a block between you it carries forward to each life until it is
resolved. When you are placed together again in a family you do not know
why, but you may have antagonism for each other. Because family members
are expected to try and get on with each other, it would be hoped that
differences could be more easily overcome. However, that is not always
the case and they can become worse.

So if you recognize yourself as being in such a situation, realize
how it has come about and make a move to repair the damage to your
relationship. Sometimes the hardest part is being able to forgive and it
is not a sign of weakness on your part. Be the first one to offer the
olive branch and it will release the negative emotions that you hold
within. It will be better to have addressed the problem now rather than
let it fester and remain with you. Those who hold on to the idea that
they are the victim, should understand that karma is the outworking of
problems between two people and both are equally involved.

Those souls that find it easy to forgive actions against them, are
showing their spiritual advancement and in so doing are helping another
soul to evolve. It is the way to avoid thinking in terms of revenge, as
it is unnecessary as not one soul will avoid having to face spiritual
justice at some point. It does not mean that punishment is involved, it
is karma and making a resolution that you will accept another
opportunity to show that you can deal with your problems without adverse
results.

Uncontrolled emotions are at the root of so many upsets that you
experience, and usually caused by the ego and so called pride. If you
want to ascend into the realm where peace and harmony exist, then you
must commence living that way now. Be that which you see as being your
Higher Self, and be free from your old self that has become saddled with
the lower vibrations and lack of Light. The time of fighting for
survival is almost over and you are about to enter a new phase where
there is no lack but abundance. Where those that are of the dark will no
longer be able to bring you down and take away your rights. You stand
at the door of freedom and peace, and you are asked little in return
except that you treat all others as One with you.

If only you could all understand that you have been waiting for this
period for eons of time. The past is breaking away from you and you
should allow it to move out of your lives. Go forward with the
experiences that have lifted you up, and know that those souls whom you
have loved and lived with are also doing the same. If it is in your
future plans to meet with them again it shall happen, but of course many
will travel with you as you ascend. No one is deliberately breaking
relationships apart, but you must recognise the free choice others have
exactly as you have yourself.

Everything that lies ahead for those who ascend is of a higher
vibration, and as such it is not prone to the lower vibrations and
maintains its form. Aging as you understand it no longer occurs and in
fact everything remains in its prime condition. Can you imagine how
wonderful that is when there is no decay or death. Yet the conditions
are not static and change can take place without leaving a trail of
rubbish behind it, as it is instantaneous. Remember Dear Ones, that
these are the realms where you will be able to create through the power
of thought, and uncreate if necessary.

When you think of what you have to gain, it is surely worthwhile
putting in whatever effort is needed to be sure you ascend. Your intent
is one thing but you need to start living your truth now. The wonders of
the Universe are far beyond your imagination and life abounds
everywhere even in the same space as you occupy. All souls are
experiencing what they have chosen as a means of raising their
vibrations, whilst at the same time adding it to the pool of knowledge
that all other souls can draw from.

Beyond your dimension you will find that the Oneness of all life is
appreciated and understood, and consequently there is love and
friendship between all civilizations. There are however individual
groups that are an exception that you would call rebels, but they pose
little harm and can be dealt with. Sometimes they infiltrate from other
Universes but can be sent back to where they came from. On Earth it has
been vastly different as you are of a much lower vibration that allows
for Beings of a similar vibration to enter your space. Having said that
it must be pointed out that we have been your protectors to keep
unauthorized visitors away from Earth. If you did not have the Galactic
Federation of Light traveling with you, you would not be where you are
today. In your present cycle you have been as young children needing a
guiding hand and protection.

We have enjoyed our experiences with you and have learnt much about
the problems that you have faced. For us it has been a very satisfying
adventure, and we look forward to a wonderful reunion that is
approaching very rapidly. Then you shall meet your real families from
whence you came eons of time ago. It has been a long journey but in
earlier civilizations such as Atlantis many of you met us then, as in
certain periods when the vibrations were higher we would regularly walk
amongst you. Atlantis had its highs and lows and in the end was
responsible for its own destruction. It could so easily have happened
again on your Earth but for our presence and intervention.

Your destiny is to ascend and no amount of interference by the dark
Ones will alter it. It is not only too late but their power base is now
falling apart and almost inoperable. They are as you might say running
scared, and such was their arrogance they never imagined that their plan
could fail. Now they hit out in despair as a last gasp, but that will
be all as they are about to be removed from what they thought were their
impregnable positions. Never fear Dear Ones, we are in charge and will
protect you right up to the last moments.