Scientific Evidence That Music Eases Pain and Anxiety After Surgery

Scientific Evidence That Music Eases Pain and Anxiety After Surgery Sat Oct 17, 2015 11:28 am 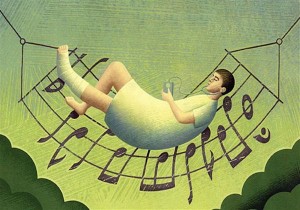 14th October 2015
By Dr. Joseph Mercola
Guest Writer for Wake Up World
If you’re going to be undergoing a medical procedure, or you struggle with chronic pain, reaching for your playlist may be as good as reaching for a bottle of pain pills.
The power of music for relaxation, stress relief, and pain reduction is undeniable, although individual research studies proving the same were too small to show a strong connection. That all changed when researchers pooled the data from 73 randomized clinical trials focusing on the role of music among surgery patients. Researcher Dr. Catherine Meads at Brunel University told NPR:1
“As the studies themselves were small, they really didn’t find all that much… But once we put them all together, we had much more power to find whether music worked or not.”
Music Reduces Pain Before, During, and After Surgery
Given that music is non-invasive, safe, and inexpensive – and most people find it enjoyable – the researchers suggested hospitals should routinely offer it to patients. The study found music helped patients drop an average of two points on a 10-point pain scale, while also using significantly less pain medication.
This level of relief is comparable to that achieved by a dose of pain-relieving drugs. In addition to reductions in pain, less anxiety and more patient satisfaction were also noted.
Benefits were found when music was played before, during, or after surgery, and even music played while patients were under general anesthetic was effective. Although in many cases the patients themselves chose the music, music was beneficial regardless of the type of music played or who selected it.
About the only downside noted was that several studies found music played in operating rooms may make it harder for surgical staff to hear directions, potentially increasing the risk of errors. This can be remedied by reserving the music for before and after the actual procedure.
Music Works Better Than Anti-Anxiety Drugs
After reviewing 400 studies, another meta-analysis revealed listening to music resulted in less anxiety and lower cortisol levels among patients about to undergo surgery than taking anti-anxiety drugs.2
Other evidence showed music has an impact on antibodies linked to immunity and may lead to higher levels of bacteria-fighting cells. Still more research revealed that playing music in the neonatal intensive care unit (NICU) improved the health of premature babies with respiratory distress or sepsis.3
When parents sang to their babies, or sounds mimicking those in the womb were played, numerous benefits occurred, including changes in heart rates, sucking behavior, and parents’ stress levels. The researchers noted:

How Does Music Help with Pain and Anxiety Relief?

While some have suggested music serves as a distraction from pain, others believe there are intrinsic qualities in music that make it so effective. Music has been used since ancient times as a form of healing; even the ancient Greek philosopher Pythagoras reportedly used stringed instruments to practice “musical medicine.”4
It’s now known, however, that music triggers activity in the nucleus accumbens, a part of your brain that releases the feel-good chemical dopamine and is involved in forming expectations.
At the same time, the amygdala, which is involved in processing emotion, and the prefrontal cortex, which controls abstract decision-making, are also activated, according to research published in the journal Science.5
Based on the brain activity in certain regions, especially the nucleus accumbens, captured by an fMRI imager while participants listened to music, the researchers could predict how much money the listeners were willing to spend on previously unheard music.
Songs that triggered activity in the emotional and intellectual areas of the brain demanded a higher price.
Interestingly, the study’s lead author noted that your brain learns how to predict how different pieces of music will unfold using pattern recognition and prediction, skills that may have been key to our evolutionary progress. Time reported:6

“These predictions are culture-dependent and based on experience: someone raised on rock or Western classical music won’t be able to predict the course of an Indian raga, for example, and vice versa.
But if a piece develops in a way that’s both slightly novel and still in line with our brain’s prediction, we tend to like it a lot. And that, says [lead researcher] Salimpoor, ‘is because we’ve made a kind of intellectual conquest.’
Music may, in other words, tap into a brain mechanism that was key to our evolutionary progress. The ability to recognize patterns and generalize from experience, to predict what’s likely to happen in the future — in short, the ability to imagine — is something humans do far better than any other animals. It’s what allowed us (aided by the far less glamorous opposable thumb) to take over the world.” 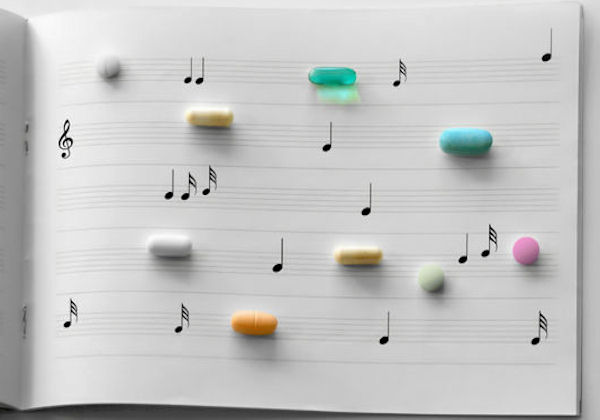 Music Therapy Is a Growing Field

Music therapy is a bona fide profession that’s been around since the 20th century (although, as mentioned, the use of music for healing has been going on for centuries). According to the American Music Therapy Association (AMTA):7

“The 20th century discipline began after World War I and World War II when community musicians of all types, both amateur and professional, went to Veterans hospitals around the country to play for the thousands of veterans suffering both physical and emotional trauma from the wars.
The patients’ notable physical and emotional responses to music led the doctors and nurses to request the hiring of musicians by the hospitals. It was soon evident that the hospital musicians needed some prior training before entering the facility and so the demand grew for a college curriculum.
The first music therapy degree program in the world, founded at Michigan State University in 1944, celebrated its 50th anniversary in 1994.”

There are numerous ways to use music in the health care field. For instance, exposure to music may help people with Alzheimer’s disease to overcome neurolinguistic limitations, such as including more meaningful words and complex grammar when recalling memories.
When Alzheimer’s patients sat in rooms filled with music and were asked to tell a story about their life, their stories contained more meaningful words, were more grammatically complex, and conveyed more information (per number of words) than stories told in a silent room.8,9
This makes sense, as the study’s co-author noted, because “music and language processing share a common neural basis.”10 It’s long been theorized that listening to music may boost your brainpower; you’ve probably heard of this with the “Mozart Effect,” which suggests listening to classical music can make you smarter.
Indeed, research has shown listening to music while exercising boosts cognitive levels and verbal fluency skills in people diagnosed with coronary artery disease (coronary artery disease has been linked to a decline in cognitive abilities). Signs of improvement in the verbal fluency areas more than doubled after listening to music compared to that of the non-music session.11 In addition, AMTA notes that music therapy may be useful for the following:

While you can seek out a music therapist to work with you on an individual health problem, you’re free to use music to your advantage whenever the mood strikes. And, of course, it’s not only useful for surgical pain but can also be used to help relieve chronic pain as well. Technology has given us a simple way to harness the power of music by allowing you to create different playlists for exercising, relaxing, working, pain reduction, stress relief, and other important aspects of your day so you can instantly access the right music for your mood or activity.
Most studies suggest that it doesn’t matter what type of music you listen to, so just choose the types that appeal to you most. About the only exception is during exercise, when a faster tempo may be best. For instance, in one study when the music’s tempo slowed, the subjects’ exertion level reduced as well.12 And when the tempo was increased, their performance followed suit. So a faster temp should help keep up your intensity.
Outside of exercise, only you know the “best” music for you and that will inevitably change – not only day to day with your mood but also over time with the different chapters of your life and health challenges you may be addressing. Recent research suggests a striking number of Americans – more than 25 million – suffer from daily pain, and 14.4 million describe the pain as being severe.13 Oftentimes prescription drugs aren’t enough to control the pain, and they carry steep side effects, so alternative treatments are welcomed. Listening to music is one such alternative that is safe and available to virtually everyone. 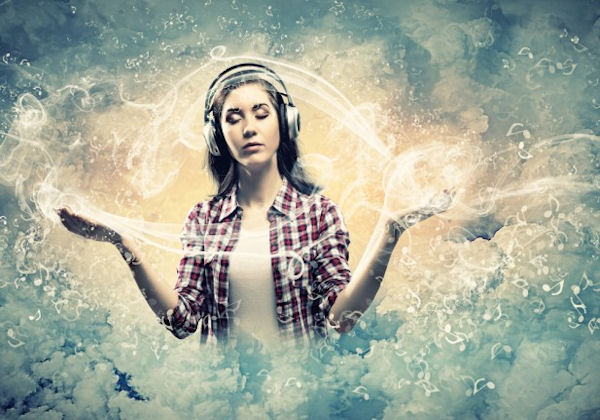 Are You in Pain? Try This Before Drugs

If you are dealing with severe or chronic pain, my first suggestion would be to see a pain specialist who is familiar with alternative treatments and the underlying causes of pain. You need a knowledgeable practitioner who can help you attack the pain from multiple angles, giving you both relief and healing. This might involve music therapy or a combination of strategies, including those that follow:


Scientific Evidence That Music Eases Pain and Anxiety After Surgery 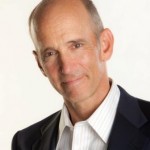 Born and raised in the inner city of Chicago, IL, Dr. Joseph Mercola is an osteopathic physician trained in both traditional and natural medicine. Board-certified in family medicine, Dr. Mercola served as the chairman of the family medicine department at St. Alexius Medical Center for five years, and in 2012 was granted fellowship status by the American College of Nutrition (ACN).
While in practice in the late 80s, Dr. Mercola realized the drugs he was prescribing to chronically ill patients were not working. By the early 90s, he began exploring the world of natural medicine, and soon changed the way he practiced medicine.
In 1997 Dr. Mercola founded www.Mercola.com, which is now routinely among the top 10 health sites on the internet. His passion is to transform the traditional medical paradigm in the United States. “The existing medical establishment is responsible for killing and permanently injuring millions of Americans… You want practical health solutions without the hype, and that’s what I offer.”
Visit www.Mercola.com for more information, or read Dr. Mercola’s full bio and résumé here.