Latest topics
» “Who the Hell Elected You and Put You in Charge of What the Media Is Allowed to Report?!” – WOW! Sen. Ted Cruz RIPS Jack Dorsey for Censorship

Today at 2:28 pm by PurpleSkyz

Today at 2:04 am by PurpleSkyz

Yesterday at 4:06 pm by PurpleSkyz

Yesterday at 2:42 pm by PurpleSkyz

Several days after my grandmother passed away suddenly in her sleep, I had a dream about her. In my dream, my mother and I went to my grandmother's house to clean out her closet so my grandfather wouldn't have to contend with it. As we came into the house, Nanny was sitting on the couch. I was astounded because nobody else could see her. I rushed to where she sat and said, "Nanny! I thought you died." She wrapped me in her arms and said, "I did die, but I couldn't leave without saying goodbye to you." I was only six years old, but the dream is as clear as it was when it happened.

Since that time, I've been a student of the paranormal world, learning as much as possible about what happens to us when we die. One thing I've discovered is that loved ones often try to contact us after death. Here are some of the ways they might reach out to you. 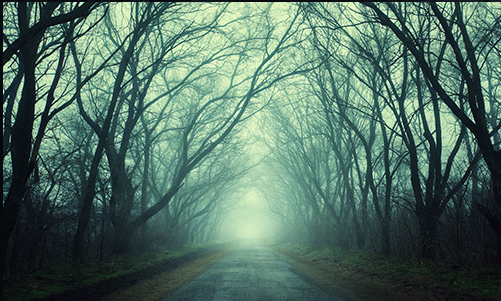 When we sleep, our vibration rises, nearly matching the higher vibration of loved ones in spirit form. Because our subconscious minds are far less cluttered than our waking minds, spirits have an easier time getting through to us. For many, dreams of this nature have a realistic texture to them, not feeling as dreamlike as most dreams. You will also have a higher probability of remembering it, even if you don't normally remember your dreams. When you have dreams of this nature, pay close attention to them. They might be a message from beyond the grave. 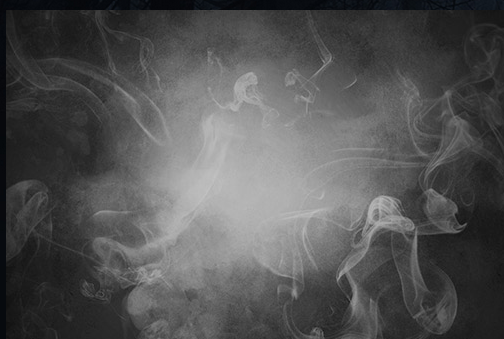 Loved ones often reveal their presence by sending us scents that we always associated with them. This makes perfect sense, considering scent has the strongest connection to memory recall than any of the other senses.

For some, the scent might be a favorite perfume or the smell of pipe tobacco. For others, it could be the smell of a favorite meal or bread baking. Frequently, the smell is so faint and fleeting, you might attribute it to your imagination, but you shouldn't. It took a lot of energy for your loved one to send that to you. Appreciate it for the gift it was. 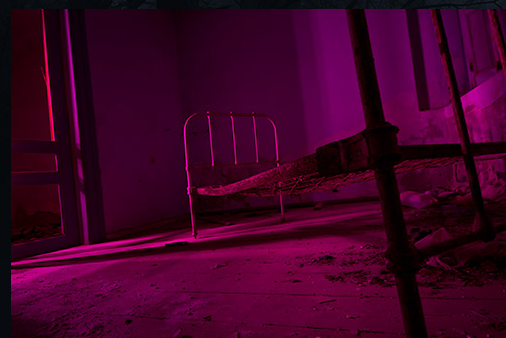 When you place your reading glasses on your nightstand and find them on the kitchen counter, you might wonder if you've lost your mind. I had this happen to me repeatedly until a psychic medium friend clued me in to what was really happening. A family friend who often visited me liked to play pranks on me, similar to the things she did in life. It made me feel much better knowing it was Betty and not the first signs of dementia.

Others might find more obvious signs, like a photo of the departed loved one that refuses to remain upright or a piece of jewelry that continues to turn up in odd places. This is especially significant if the jewelry or item once belonged to the person who is visiting you. 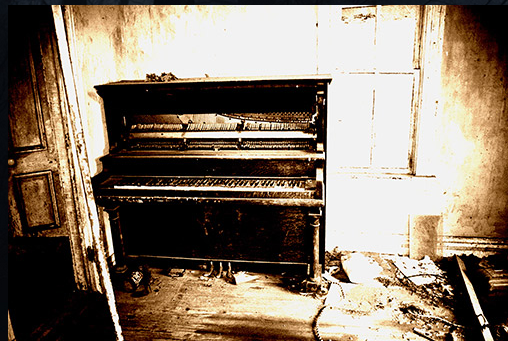 When I'm traveling long distances, I like listening to my ITunes collection through my car stereo. I don't have to bother with songs I don't like and there aren't any commercials to contend with. During a recent trip, one family member sent me a distinct warning. Four songs with the word "angel" in the title played in a row. That definitely got my attention, since my music is set to play randomly.

I let them know I was listening and told them to give me the next sign, which was The Kill (Bury Me) by Thirty Seconds to Mars and then Prayer by Disturbed. With my heart hammering in my chest, I put on my blinker and got into the slow lane, reducing my speed down to 5 mph below the speed limit. Moments later, a pickup truck buzzed past quickly, weaving back and forth in the lane with obvious signs of driver inebriation. After that, the next song that came on was Drive by Incubus and then Slow Ride by Foghat. Message received, I drove a bit slower and made it home safely.

Thoughts That Aren't Your Own

Often, we dismiss many of the messages we receive from our loved ones as our own internal monologue. I did this with my grandmother. In many ways, she was the voice of responsibility that seemed to run through my mind when I wasn't doing what I should have been doing. It took me years to understand that it was HER and not ME telling me to "slow down!" when I was driving too fast or to "get off the computer and start getting ready or you're going to be late!"

Ways to determine if this is your thoughts or helpful advice from a deceased friend or family member is to inspect the thought. Typically, if you were thinking this, you'd phrase it in the first person format, as in "I need to get ready or I'm going to be late," instead of "You need to get ready or you're going to be late." When you get these mind messages, jot them down and see if a pattern emerges. Look for phrases or word usage that is not a part of your normal vocabulary. In my case, I asked my mother if Nanny was something of a worrier and she confirmed it for me. 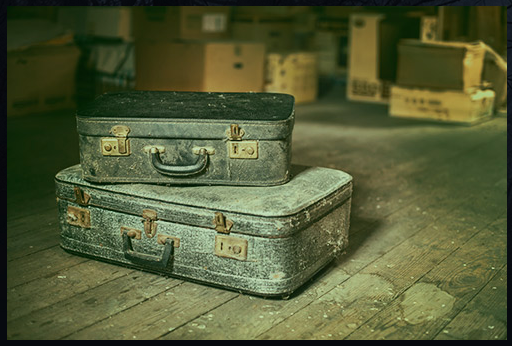 A gift doesn't have to be something purchased from a store. It could be a cherished moment or an act of serendipity. Have you ever been feeling down and then received a friendly call from a friend to see how you're doing? Or perhaps your melancholy thoughts might have been interrupted by the sight of a beautiful cardinal landing on your fence post outside your window. Another gift could be a flower blooming out of season or a perfect white feather on your door stop.

For me, one of the greatest gifts I've ever received came to me on Mother's Day in 2012. I was feeling especially down. My grown kids made a brief visit to see me, but had work obligations for the rest of the day, leaving me home by myself. Since my own mother was 10000 miles away in Indiana, I moped around the house all day. I walked outside to get some fresh air and discovered a baby squirrel sitting on my step. Orphaned and abandoned, he needed the one thing I needed to give: mothering. I bottle fed him and eventually released him back into the wild, never doubting this was a gift from a loved one.

Meeting the Right People When You Need Them

Don't think for a moment that it was coincidence that led you to the so-called chance meeting that changed your life. Think about your life, viewing it through the rear-view mirror. Was there ever a time when you really needed guidance, only to have exactly the right person come along to provide it for you? Mine came right after I wrote my 2014 book Bones in the Basement - Surviving the SK Pierce Haunted Victorian Mansion . A small local metaphysical shop offered to set up a book signing for me and I graciously accepted. While I was there, the shopkeeper noticed that many people were coming in and asking me questions about the paranormal world. We decided to set up a few Paranormal 101 classes, which led to me meeting a group of people who have become like family to me. I really needed those wonderful people to come into my life, and they came when I needed them most. While it's easy to say that one thing simply led to another, I believe that one of my loved ones was providing nudges behind the scenes to make sure it happened.

Another example of this also involves my class. Lisa had a few friends, but none who shared her spiritual beliefs. Mere weeks after she started coming to our classes, her husband passed away. The group was wonderfully supportive, going to her house to sit with her and offering her support and friendship at a time when she needed it the most. A psychic medium from our group gave her supportive messages from her husband, helping her understand the depths of her husband's love.

According to legendary psychic medium James Van Praagh, everybody attends their own funeral after they die.They will often roam around the room, offering comfort to their loved ones, trying to give them signs that they are peaceful in their passing.

While most people are tuned inwards during funerals, absorbed in their own emotions, if they look outside of themselves, they might see the signs their loved ones are trying to give them. It could be a touch on the shoulder or a caress on the face or simply a fond memory playing in their minds.

If the loved one was someone who was also fond of your pets, your cat or dog might see them and react to them. Does your dog sometimes wag his tail while staring across the room? Does your cat start purring for no apparent reason? Both dogs and cats have far superior hearing than we do. They can pick up sounds that expand beyond the scope of normal human hearing. Their sight is also different, allowing them to see further into the red spectrum.

Pets often come back to visit after they've passed too. Signs of their presence will be similar to the habits they followed in life. They will sleep in their favorite places and jump up on beds and couches with a pronounced landing. If your cat often liked knocking the knick-knacks off your mantel, you might find them on the floor on occasion after his passing, as well.

Was your father always complaining about people leaving the lights on in rooms after they left? One way he might let you know he's there is to frequently turn the the lights off, sometimes even while you're still in the room. Was your grandmother fussy about where things went? If you rearranged her items, you might find them back in their old familiar locations.

Always bear in mind that it takes a tremendous amount of energy for spirits to manipulate the physical world. If you ask for a sign, look for the subtle signs as well as the obvious. If your best friend always called you on the phone on Thursdays, you might not receive a phantom phone call, but you might notice difficulties with the phone itself.

The soul is eternal and your loved ones will let you know this to the best of their abilities. Life goes on for them, but in a different way. Watch for the signs because they are there. You just have to know where to look for them.