Project MKUltra—sometimes referred to as the CIA’s mind control program—was the code name given to an illegal program of experiments on human subjects, designed and undertaken by the United States Central Intelligence Agency (CIA). Experiments on humans were intended to identify and develop drugs and procedures to be used in interrogations and torture, in order to weaken the individual to force confessions through mind control. Organized through the Scientific Intelligence Division of the CIA, the project coordinated with the Special Operations Division of the U.S. Army’s Chemical Corps. The program began in the early 1950s, was officially sanctioned in 1953, was reduced in scope in 1964, further curtailed in 1967 and officially halted in 1973. The program engaged in many illegal activities; in particular it used unwitting U.S. and Canadian citizens as its test subjects, which led to controversy regarding its legitimacy. MKUltra used numerous methodologies to manipulate people’s mental states and alter brain functions, including the surreptitious administration of drugs (especially LSD) and other chemicals, hypnosis, sensory deprivation, isolation, verbal and sexual abuse, as well as various forms of torture.
The scope of Project MKUltra was broad, with research undertaken at 80 institutions, including 44 colleges and universities, as well as hospitals, prisons, and pharmaceutical companies. The CIA operated through these institutions using front organizations, although sometimes top officials at these institutions were aware of the CIA’s involvement. As the US Supreme Court later noted, MKULTRA was:

concerned with “the research and development of chemical, biological, and radiological materials capable of employment in clandestine operations to control human behavior.” The program consisted of some 149 subprojects which the Agency contracted out to various universities, research foundations, and similar institutions. At least 80 institutions and 185 private researchers participated. Because the Agency funded MKULTRA indirectly, many of the participating individuals were unaware that they were dealing with the Agency.

Project MKUltra was first brought to public attention in 1975 by the Church Committee of the U.S. Congress, and a Gerald Ford commission to investigate CIA activities within the United States. Investigative efforts were hampered by the fact that CIA Director Richard Helms ordered all MKUltra files destroyed in 1973; the Church Committee and Rockefeller Commission investigations relied on the sworn testimony of direct participants and on the relatively small number of documents that survived Helms’ destruction order.
In 1977, a Freedom of Information Act request uncovered a cache of 20,000 documents relating to project MKUltra, which led to Senate hearings later that same year. In July 2001, some surviving information regarding MKUltra was officially declassified.
— Source: Wikipedia Article 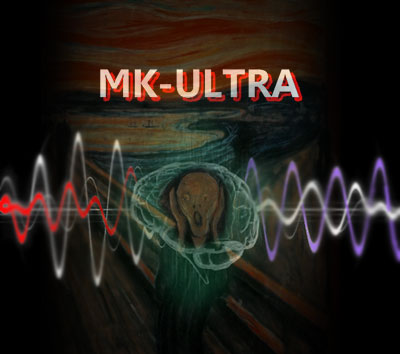 By Robert Bruce Baird
Why post such a thread in this forum (religion) when most often people consider it to be governmental mind control? THAT is why I post it here – because government is manipulated or in league with religion as we know from the work of Francis Fukayama but also in a tangential way when we see MI6 or other alphabet soup agencies interested in the Aymara codework of Sister Serghetti of the Francisans. Scientology uses many layers of hypnosis and any person who thinks it is an originator of any technology is sadly mistaken. You can go to threads on that so-called religion here if you want to see more about their abuses of humanity, and bring questions into this thread if you like.
I had an association with a minister of the United Church who also brought magic or Thaumaturgy into his practice and healing. He had no difficulty agreeing with what I said about the use of hypnosis which we will see is a central part of MKUltra. Finally – before you take the plunge into this rabbit hole you should know religion and mind control was once a binding force in building humanity into something far better than any cult now existing (IMHO).
We will start with a revoltingly racist site and you will have to overlook it’s lack of knowledge about what a Jew is or what difference that makes. But do not assume the Kabbalistic CONstructs do not alter the mind of people studying it and a larger demographic in the genpop of this cultural phenomena which is gaining adherents who also know next to nothing about it’s purposes.
http://truthhertzradio.weebly.com/ne…ming-2312.html

Manipulation of human brain is not a fairytale

Deep transcranial magnetic stimulation (Deep TMS) is a non-invasive technique that can induce increases or decreases in excitability of large populations of neurons in deep areas of the brain. Deep TMS is used for the treatment of drug-resistant major depressive disorder, without the need for hospitalization or anesthesia.
Deep TMS technology is a type of transcranial magnetic stimulation developed by Abraham Zangen and Yiftach Roth starting in 2001, and a patent was filed by the American National Institutes of Health. In January 2013, the United States Food and Drug Administration permitted the Brainsway, the manufacturer, to market a Deep TMS device that was indicated for the treatment of depressive episodes in adult patients suffering from major depressive disorder who failed to achieve satisfactory improvement from previous anti-depressant medication treatment in the current episode.
Deep TMS was tested for a variety of disorders, including, bipolar disorder, addiction, posttraumatic stress disorder, Parkinson’s disease, and schizophrenia with a typical protocol consisting of 15–20 sessions, each lasting 15–20 minutes, over a course of three to four weeks.
On Oct 6th 2015, CNN produced an article apparently buried somewhere in their business section. A company named Brainsway is one of the developers of advanced noninvasive treatments for brain disorders. They have announced its partnership with the United States Navy to implement Deep Transcranial Magnetic Stimulation (Deep TMS). The devices purchased by the Navy will be used to help treat sailors suffering from clinical depression, with the first system to be deployed in San Diego, California.
“The Navy’s purchase of our Deep TMS devices is indicative of its ongoing efforts to bring the most advanced medical treatments to the men and women who serve our country,” said Dr. Guy Ezekiel, chief executive officer of Brainsway. “It is our honor to partner with the Navy in its commitment to ensuring the mental health and safety of U.S. sailors.”

» How MKUltra Used Subliminals to Control the Minds of America
» 5 things we know about 432 Hz VS 440 Hz #432Hertz #MKUltra
» US musicians drafted into the CIA’s MKULTRA
» Winona Rider has MKUltra like episode at SAG's
» The significance of a forgotten CIA document: MKULTRA