New Research Reveals the Amazing Benefits Hemp That Might Shock You 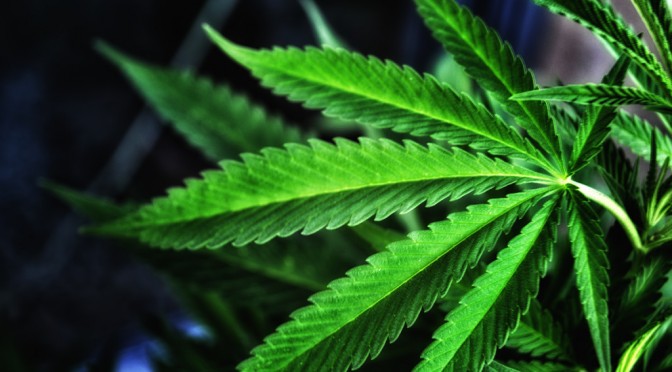 New Research Reveals the Amazing Benefits Hemp That Might Shock You

What if I told you its OK to change your mind based on new information?
The knowledge of marijuana’s benefits is on the rise, the high rise if you will. Pun intended.
More and more research is proving that marijuana isn’t the gateway drug that we are all made to believe it is. In fact, many of the negative things told to us about marijuana have proven to be false according to many recent studies. An increasing number of states in the U.S. are recognizing these new studies and changing history in the process.
U.S. states started recognizing marijuana for it’s medicinal purposes, and a few states have now legalized cannabis recreationally. So why are these states legalizing it? What do they know that the rest of the great US of A doesn’t? Or, better yet, why are they willing to take the “risks” associated with legalizing weed? 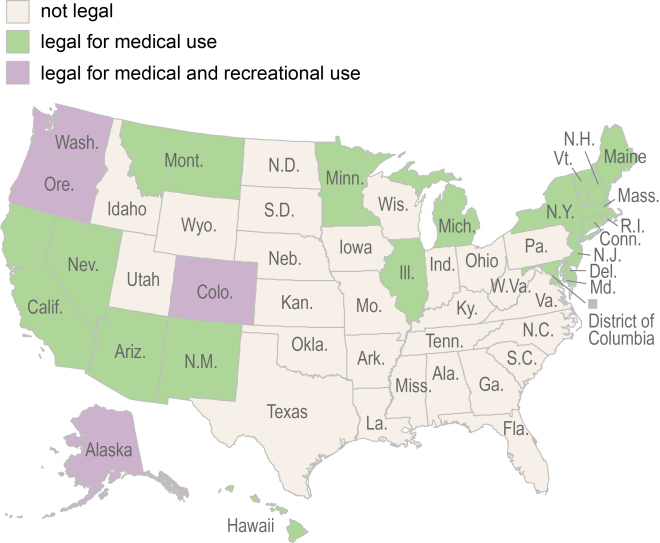 Since legalizing marijuana, Colorado has been faced with a huge problem…just what will they do with all that extra tax money? Last year legal marijuana was a $700 million dollar industry for dear Colorado. And Washington’s legal marijuana market is also bringing in more tax revenue than the state predicted.
While new roads and better education is great, let’s get to the good stuff…health perks.
Are you ready? Here are just some of the proven health benefits of marijuana
Slows Down and Stops Cancer Cells from Spreading- A study published in the Molecular Cancer Therapeutics journal shows Cannabidiol has the ability to stop cancer by turning off a gene called Id-1. The American Association for Cancer Research has also found that marijuana slows down tumour growth in the brain, breasts, and lungs, considerably. It should also be noted that according to the data presented at an annual meeting of the American Academy for Cancer Research, people who regularly inhale cannabis smoke do not possess an increased risk of lung cancer compared to those who either consume it occasionally or not at all.  And guys, the government bloody knows this. You can read more about why they try to keep it a secret here
Decreases Hepatitis C Side Effects and Aids in Treatment- Hepatitis C causes unpleasant side effects that include fatigue, nausea, muscle pains, loss of appetite, and not surprisingly, depression.  A 2006 study in the European Journal of Gastroenterology and Hepatology discovered that 86% of patients using marijuana successfully finished their therapies, while only 29% of the non-smokers completed theirs. There is no surprise that because marijuana helps with the side effects, it also helps with the actual treatment of the disease. 54% of the Hepatitis C patients who smoked marijuana lowered their viral levels while only 8% of the non-smokers lowered theirs.
Prevents Alzheimer’s- A 2006 study led by Kim Janda of the Scripps Research Institute, discovered that THC, the beautifully active ingredient in weed, could halt or slow the progression of Alzheimer’s disease. THC slows the formation of amyloid plaques which are what lead to Alzheimer’s.
Treats Glaucoma- Are you seeing the benefits yet? Pun intended. Glaucoma is the eye disease that increases pressure on the eyeball, which damages the optic nerve and causes loss of vision. The National Eye Institute’s studies showed that marijuana, when smoked, lowered the intra-ocular pressure in patients with glaucoma.
May Protect the Brain After a Stroke- Though further research is needed for humans, research performed on mice, rats and monkeys by scientists at Nottingham University, showed TCH may help protect the brain by reducing the size of the affected area.
Helps People Suffering from PTSD (post-traumatic stress disorder) - PTSD is the number one reason veterans in New Mexico have obtained licenses for medical marijuana.  Cannabinoids help control fear and anxiety in the brain. One war veteran states, “I’m now 80 and I’m still a Holocaust child, but I’m finally able to better cope.”
Cures Chron’s Disease- Crohn’s disease is an inflammatory bowel disorder that causes pain, vomiting, diarrhoea, weight loss, and more. A recent study in Israel showed that smoking marijuana reduced symptoms in 10 out of 11 patients; 5 of those 10 patients were completely free of chron’s disease after cannabis treatment.
May Help the Brain after Concussion and Trauma- The Cerebral Cortex journal showed possibilities that marijuana can help heal the brain after a concussion, or other traumatic injury. The study performed experiments on mice, and revealed that marijuana lessened the bruising of the brain, and helped with healing mechanisms after a traumatic injury. It is no wonder that Harvard professor, Lester Grinspoon recently wrote an open letter to NFL Commissioner Roger Goodall. In his letter he writes that the NFL should stop testing players for marijuana and should instead fund for research on marijuana’s ability to protect the brain.
Relieves Arthritis- It has been said that marijuana has been known to help with pain and aid in sleep, so it’s no surprise that studies have shown that the miracle plant helps relieve arthritis, a disease that is painful, so painful that it keeps sufferers awake at night. Though research is limited, there was research done in the Rheumatology departments at several hospitals around the country. The departments gave their patients Sativex, a cannabinoid-based pain-relieving medicine. After two weeks, patients who took Sativex had significant reduction in pain and gained improved sleep quality, compared to those who were given a placebo.
Controls Epileptic Seizures-A 2003 study performed by Robert J. DeLorenzo M.D., PhD, at the VCU Neurology Department found that TCH controls seizures by binding the brain cells responsible for controlling excitability and regulating relaxation.
Eases the Pain of MS- Canadians do it again. A study published in the Canadian Medical Association suggests that marijuana may ease painful symptoms of MS. Though a very small study, 30 MS patients who did not respond to other medications reported that they had less pain after smoking marijuana.
Helps Decrease Anxiety- Though dosage is very important when it comes to using weed to treat anxiety, researchers at Harvard University found that marijuana may actually reduce anxiety and improve the smoker’s mood. And most stoners can definitely agree with this.
Soothes Tremors Associated with Parkinson’s Disease- This benefit is one of the many reasons the legalization of medical marijuana exists in Israel. According to research performed in Israel, smoking marijuana has been shown to dramatically reduce pains and tremors in patients with Parkinson’s disease.
Boosts Creativity- Though this benefit isn’t exactly a health benefit, it’s my personal favourite.  Any time I have a mental block or just simply can’t shut my brain down to relax, cannabis has proven to be a friend in need. And a damn good one. There has been little research done on how weed affects creativity, but you can read about one study here. And I for one can definitely attest. 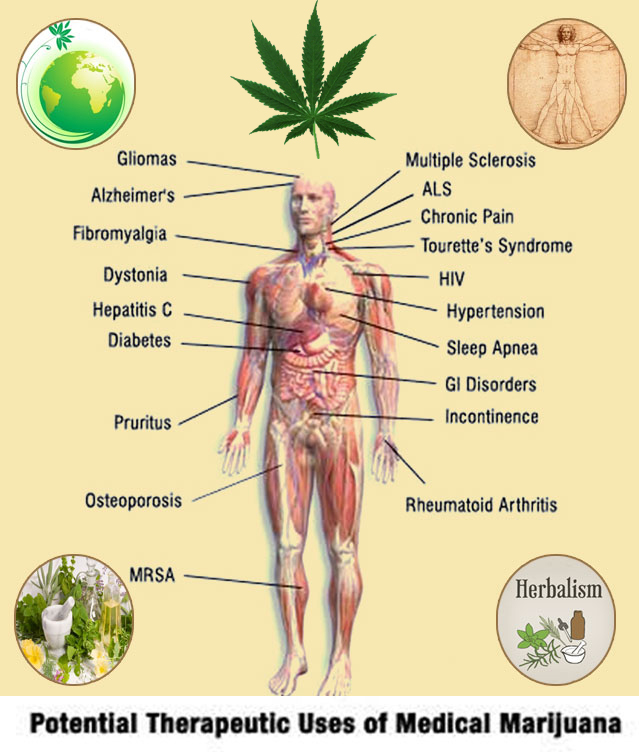 And Now, Some Benefits of Hemp…
Hemp is the same plant as marijuana; its scientific name is “cannabis sativa.” Hemp was used to make paper, rope, textile and canvas for thousands of years until it was wrongfully banned. It is believed that hemp was banned because it was a competitive threat to the wood products industry.
Hemp is Awesome for the Environment- According to the U.S. Dept. of Agriculture, one acre of hemp can produce 4 times more paper than one acre of trees. And there is not a tree or other plant species that is capable of producing more paper than hemp. What does this mean? Making paper products from hemp can eliminate the need to chop down billions of trees, which means more clean oxygen and more preservation for wildlife habitats. There are also fewer caustic and toxic chemicals when making paper from hemp, than from trees.
Hemp Can be Substituted for Cotton- Hemp fiber is 10 times stronger than cotton and can be used to make clothing. Cotton only grows in warm climates and requires enormous amounts of water. Hemp requires little water and can grow just about anywhere. The plant also decreases air pollution because it is naturally resistant to pests and does not need pesticides to grow; clothing made from hemp does not contain any residual chemicals.
Hemp Can be Used for Fuel- Hemp is a very leafy plant and contributes a high level of oxygen to the atmosphere during its growth; between 20% and 40%. This makes up for the loss of oxygen when it is burnt as fuel, which in turn, reduces the unwanted effects of global warming, acid rain and the depletion in the ozone layer.
Hemp Seeds are Incredibly Good for You-

“Make the most of the hemp seed, sow it everywhere.”-George Washington 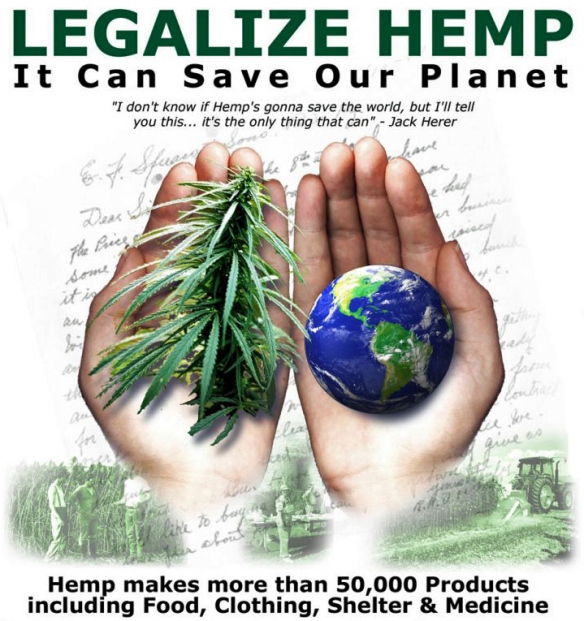 There is so much research claiming that marijuana is actually an amazing plant, so why are people so resistant?
Change is something that the human race has an incredibly hard time embracing. I think we can all relate to that, right? In fact, Andrea Simon Ph.D., Cultural Anthropologist tells us that early lessons in life keep people from seeing things in fresh ways. Our brain hates change because it must work very hard to experiment with unfamiliar ideas. She tells us “to ignite change, you need to do it yourself first-new ideas come from trying new solutions.”
If you have resistance to believing the benefits of marijuana, maybe you should try it out for yourself. 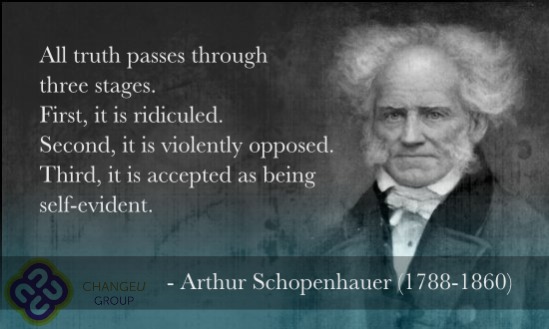 » The Truth About LSD: Research Reveals Many Therapeutic and Medicinal Benefits
» The Powerful Benefits of Hemp Roots: The Hidden Part of Cannabis
» Hemp Oil’s Healing Benefits Now Legally Attainable Anywhere After Years of Suppression
» Health Benefits of HEMP Protein. KING of the PLANT Kingdom!
» Magic Mushrooms: New Research on Psilocybin and Its Benefits