Vatic Note:   We see this below all the time and as more and more Americans are waking up, we see more and more of the game being played.  Once we see it, it doesn't work anymore and that is the good news.   I enjoyed this academic treatment of this subject and hope that you will read this and ponder it before the next election.

Stephen King, George Lucas, the late Roy Orbison, Madison Avenue advertising agencies, and political manipulators—what do they all have in common? They all use similar techniques for generating suspense as a means of manipulating people.

Since political campaigns have already been compared to advertising and brand imaging, you’re probably not surprised to see advertisers and political manipulators mentioned in the same sentence. Actually, political manipulators, such as the ones who gave us the 9/11 false flag terror attack, have more in common with Stephen King than they have with advertisers. Remember, the key word here is suspense.
As a literary term, suspense has been defined as the dynamic that impels the reader or observer to keep reading (or watching) to find out what happens next. Authors, movie makers, and songwriters depend on people’s suspension of disbelief in an illusion. Advertisers and political manipulators depend on people’s belief that the illusion is real.

Let’s take Stephen King as our benchmark. Advertisers have only thirty seconds to do what Stephen King does in a few hundred pages. Roy Orbison had less than three minutes, and movie director George Lucas has about two hours. Political manipulators often have years or even decades to generate suspense as a means of manipulating people for power and profit.
In thirty seconds, advertisers have to cause viewers to identify with the characters in their advertisements (exposition,) convince the viewers that a problem or opportunity for the viewer exists (conflict,) demonstrate the hazards of ignoring the problem or opportunity (rising action,) show him that buying a certain product or service is the only reasonable solution (climax,) and promise happy results (anti-climax.)
If the advertisement relies on fear, the advertiser has to give the false promise of hopelessness, which conflicts with the viewer’s knowledge that the advertiser will offer the solution after all. That’s a certain variety of “false promise” known as the conflict between the “voice of the novel” (saying that there’s no possible resolution) and the viewer’s “voice of experience” (telling him that there must be a resolution or else there can be no “story.”)
Like Stephen King, George Lucas, Roy Orbison, and political operatives, the advertisers create both the problem and the solution in the same laboratory.  My brother-in-law once gave me the following example of this technique:

“A man once spent an entire morning trying to sell toothbrushes on a street corner, but he didn’t have any customers. A slicker came to him and promised him that he could sell all the toothbrushes for five times the list price. The inexperienced salesman allowed him to try.
“An hour later, the slicker returned with a few medicine bottles, which he placed on the table as he put the toothbrushes out of sight. He displayed a sign that read, ‘Doctor McKay’s Magical Pills. Free Sample. They’ll make you smarter and wiser immediately, or we’ll pay you $100 cash.’
“Even the most doubtful of potential customers were willing to try one of the pills. A customer would, of course, ask what was in the pills because he had no way of knowing. He’d take a pill, chew it, spit it out and say, ‘This is rabbit doo-doo!’
“The salesman responded, ‘See there, you’re smarter already. Would you like to take another one?’
“’Of course not!’
“’See there, you’re wiser already. Would you like to buy a toothbrush?’” I’ll later demonstrate how political operatives use similar techniques. 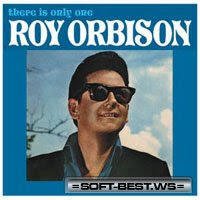 Roy Orbison generated suspense to manipulate his listeners’ feelings with his song “Running Scared.” In the song, a young man had a girlfriend who had been deeply in love with someone she’d previously known. The young man (represented by Roy Orbison) faced a seemingly hopeless situation of hoping against hope that she would never encounter the previous boyfriend.
That hope, of course, was a signal—common in literature—that, before the end of the story, she would encounter the previous boyfriend; otherwise, there would be no story. In the climax, she, he, and the previous boyfriend came face to face. Until the last two words of the song, Roy Orbison leaves the outcome in doubt. (If you want to know how the story came out, click here.) As songs go, it was a masterpiece of suspense.
For now at least (I'll say more in the next article) I’ve said most of what I need to say about Stephen King techniques for generating suspense, but let me draw your attention to one in particular that I’ve already mentioned. Near the end of every well-written story—without exception—there’s a false promise telling the reader that the situation is hopeless. Of course the reader of the story knows that the situation isn’t really hopeless. If it were, there wouldn’t be a story.
At that point, the reader is in a state of confusion. He knows that there must be a resolution, but he doesn’t see how it’s possible. The author tugs at his feelings even more by offering the false promise that a resolution is impossible. From that point on, the reader is putty in the writer’s hands.
That’s how political manipulators operate. They hit us with seemingly insoluble crises. Aided and abetted by the controlled “news” media, we’re told that the situation is hopeless. In our state of anxiety, we’re relieved when the political operatives produce a solution—any solution because, at that point, any solution seemed preferable to the suspense we’ve suffered.
There are, however, several significant differences between Stephen King and political manipulators. I’ve mentioned that readers of Stephen King novels choose to suspend disbelief and pretend that the illusion is real; and that political manipulators seek to circumvent the public’s ability to think rationally and convince them that the illusion is real. 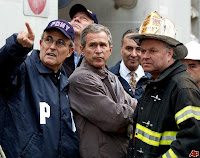 Here’s another significant difference: Political manipulators are both the authors and the self-created heroes of their stories. This allows political manipulators (to borrow from commentator James Corbett’s phrase) “to stand on the smoldering rubble and identify themselves as the heroes” of crises of their own making.
In the next article, I’ll describe how people are manipulated by such scams as the 9/11 false flag terrorist attack, the bogus avian flu scare of 2009-2010, and more recently the Gulf of Mexico oil spill.

[url][/url]"Let there be peace, and let it begin with me." The brotherhood of man transcends sovereignty of nations. May people of all religious faiths, nationalities and cultural groups pray together. Pray any day or every day. On November 1, the day before congressional elections, pray for the American people, rather than voting on the basis of political party or ideology, will vote for wise and virtuous leaders.
Light a Candle Endeavor