The Discovery These Archaeologists Found Globally Is Deeply Troubling and Real

The Discovery These Archaeologists Found Globally Is Deeply Troubling and Real

([url=http://beforeitsnews.com/r2/?url=http://See all stories by N. Morgan]N.Morgan[/url]) Through out the course of human history, societal sensibilities and moral conduct have evolved with each generation. One example of this is 8,000 years ago having a stake driven through your head was considered an acceptable practice and a rather casual one.

Due to the ongoing and diligent work of archaeologists, we are now discovering just how terrifying daily life once was. By the end of this article, you will be grateful to live in this day and age, all things considered.

1. Babies In The Bathhouse 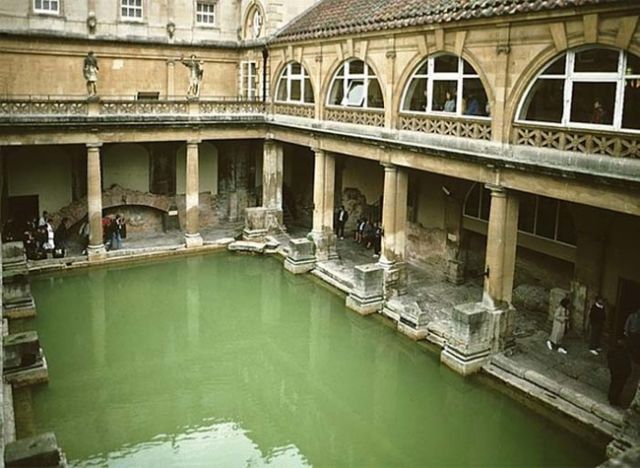 During an archaeological dig in Israel, researchers were exploring the structures of an Ancient Roman/Byzantine bathhouse. The building was equipped with plumbing and a drainage system. However, the researchers soon made a horrifying discovery – in the pipes were the bones of hundreds of babies. Why infant remains would have been placed there is still a mystery. 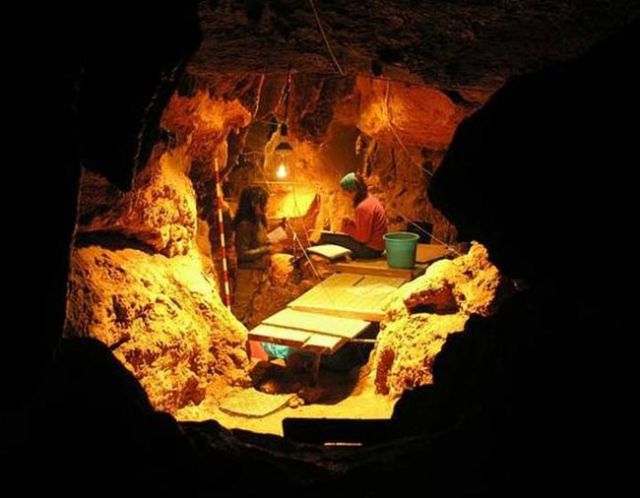 Though neanderthals are considered a different species of that of humans, they are considered close enough to make this list. In 2010, archaeologists in Spain discovered evidence that a cannibal feast has taken place. Three adult females, three adult males, three teenagers, two young children and an infant revealed evidence that these unfortunate souls were what was on the menu for this Neanderthal party.

3. The Headless Vikings of Dorset 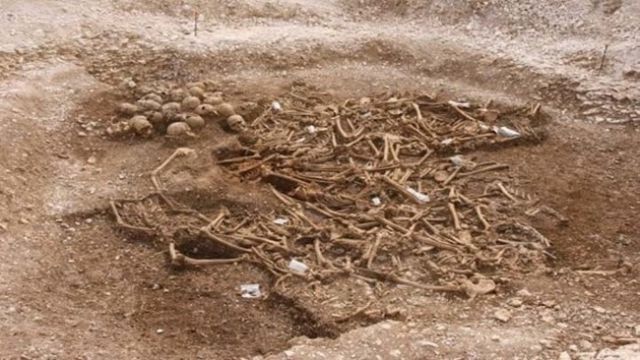 Railroad workers in Dorset, England were in the midst of a regular work day when they stumbled upon a burial ground of some sort. The bones of a small group of fighting-age Scandinavian men had been placed together and all of the men were headless. Experts suspect that the men were possibly executed for some crime.

4. The Claw of the Mount Owen Moa 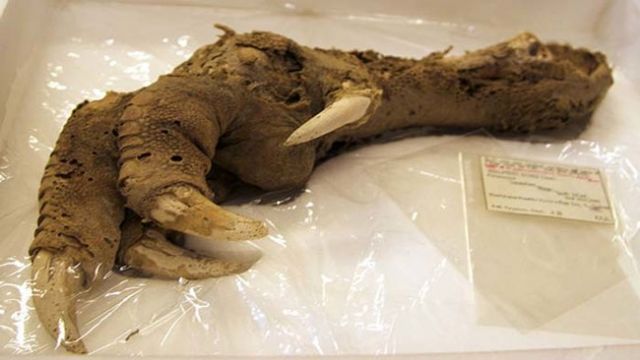 In 1986, a expedition into the cave systems of Mount Owen in New Zealand uncovered a well preserved limb. It was the foot of what looked like a recently deceased bird. This bird wasn’t recently deceased however, but the specimen was that of a prehistoric creature called the Upland Moa.

5. Spike To The Skull 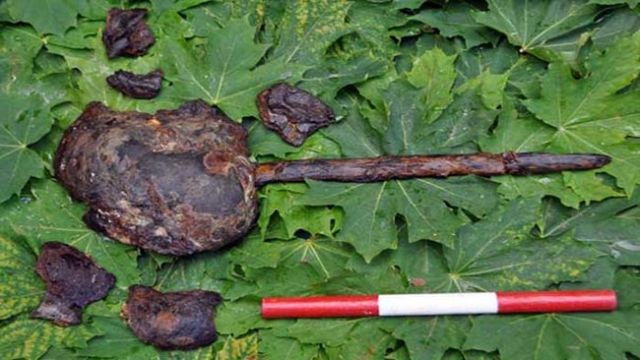 During the excavation of a lake bed in Motala, Sweden, archaeologists were surprised to find several skulls that had spikes driven through them. Some of the skulls were found to have other pieces of skull placed inside of them. This shocking scene was dated around 8,000 years ago. 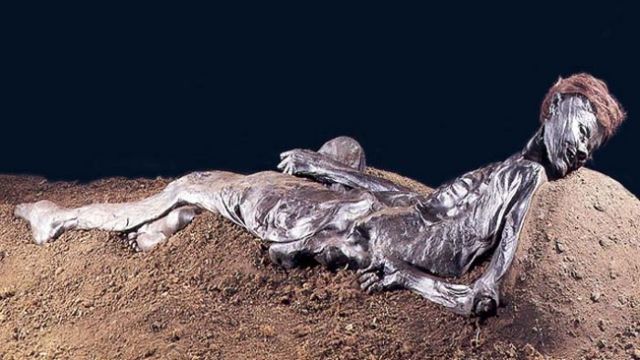 Mummies in marshes and bogs are not entirely unique discoveries, this man’s story was special in how well it was told by the evidence in and around his remains. A large slash on his necks indicates his death was the result of a sacrifice – likely in the name of a bountiful harvest. 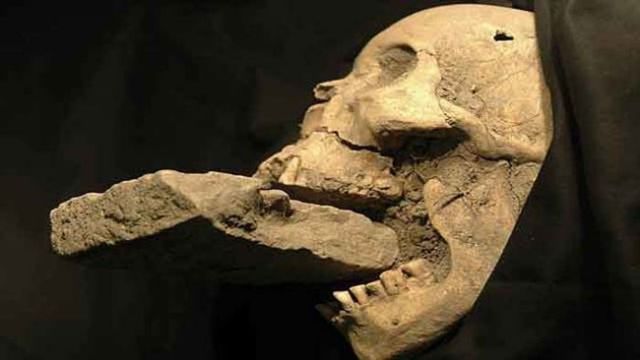 While seemingly a silly solution when compared to a wooden stake or garlic, this method of vampire prevention and extermination wasn’t considered strange hundreds of years ago. The brick and cement placed in this person’s mouth were believed to prevent its ability to rise from the dead and bite much of anything.
Brutal, but at that point in history it was believed to be very effective. 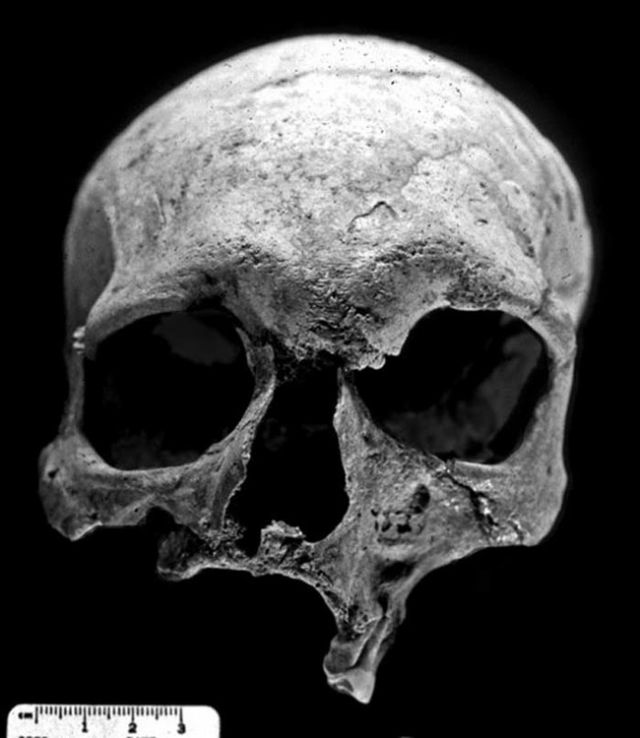 Leprosy has been regarded by history as one of the most vile diseases one could contract, despite the disease not being very contagious. The first known instance of its stigma comes in the form of a skeleton from about 4,000 years ago. An Indian man’s body is still mainly intact, despite Hindu tradition calling for cremation. This suggests he was an outcast and was not give the common burial rights. 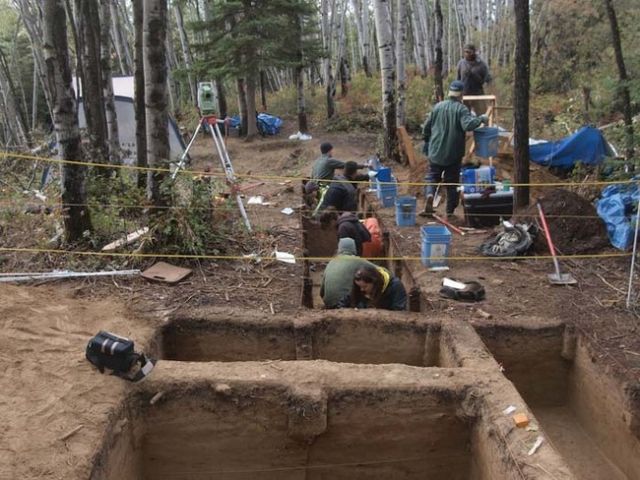 During an excavation of a home estimated to be about 11,500 years old, researchers found a grisly sight. Inside the ancient hearth was the charred remains a 3-year-old child. It appeared that the occupants of the home had abandoned it after the cremation. 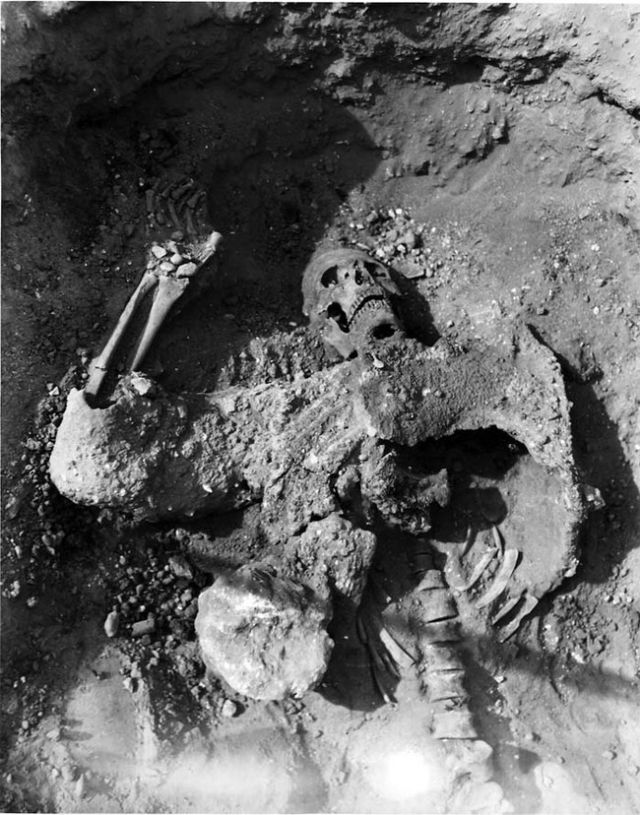 2,000 years ago, a group of 20 or so ancient Roman soldiers were the victims of a particularly gruesome demise. Whilst besieging the Syrian town of Dura, Persian soldiers began to dig tunnels in order to get past the Roman defenses. The Romans thought it smart to dig their own tunnels and try and intercept the invading Persians. In response to this, the Persians left a trap that was awful by any measure of wartime deaths. They left a petrochemical concoction that would have likely turned the Romans’ lungs to acid.

Re: The Discovery These Archaeologists Found Globally Is Deeply Troubling and Real Sun Nov 15, 2015 9:20 pm

Well, though all of this is indeed horrific and archaic, the only difference between then and now is perhaps the means imposed. Look at the things being done now to unsuspecting people with pharmacuticles, pesticides, WMD's, radiation, the list goes on and on...  Until we get past the concept that everything in life does NOT have to be a competition in order to survive and that includes living itself. There are more than enough resources on this big blue ball for everyone. Certainly reproduction is being overdone unnecessarily and should be curbed voluntarily, and yes it is necessary for everyone to carry their own weight and contribute to society in some way and not rely or coerce others into doing it for you. A seeminggly insurmountable task to change the mindset of an entire population... perhaps, but necessary none the less if we are to survive as a species.