This Ancient Underground City In Egypt is Being Kept Hidden From The Outside World Sun Nov 15, 2015 12:58 pm 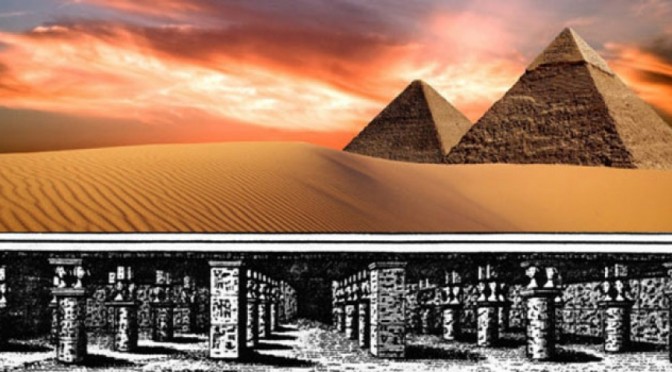 
Beneath the pyramids of Egypt lies a lost underworld of catacombs, hewn chambers and cave tunnels that have remained unexplored for hundreds of years. They are alluded to in ancient texts and Arab legends, but have been left unexplored until recent times. They have now been rediscovered and investigated for the first time. What exactly does this subterranean realm tell us about the pyramids, their relationship to the stars and the mythical origins of Egyptian civilization?
In 2008, a team of researches headed for Hawara, Egypt (55 miles south of Cairo), to investigate this lost subterraneanlabyrinth, described by many classic authors like Herodotus and Strabo.
The legendary temple was said to contain 3000 rooms full of hieroglyphs and paintings.
The Belgian-Egyptian expedition team brought the highest level of ground penetrating technology to scan the sand of Hawara and solve the enigma.
The Mataha expedition (Mataha = labyrinth in Arabic) confirmed the presence of the underground temple just south of the pyramid of Amenemhat III.

The aptly named Labyrinth of Egypt has been referenced to by many ancient writers who claim it to be truly monumental in dimensions and possibly the key to proving the existence of a lost civilization preceding the ancient cultures associated with that area today. Some even say it holds some of the keys to explain the true history of mankind.
The Mataha Expedition results were published in the fall 2008 scientific journal of the NRIAG and the results were exchanged on the public lecture at Ghent University. Shortly thereafter, Dr Zahi Hawass Secretary General of the Supreme Council of Antiquities (Egypt) asked for a stop to communicating the results owing to the Egyptian National Security sanctions. The researchers waited patiently for Dr. Hawass to make the findings public.
It never happened. So, the team set up a website and posted their findings.
The Mataha Expedition’s discovery is extraordinary but no further attempts have been made to investigate the Labyrint.
There is an article called The Egyptologist, the Sphinx and the cover-up which goes into things in much more depth. But to cut a long story short a clampdown on excavations at many archaeological sites in Egypt and the inconsistent attitudes of Dr Zahi Hawass on the existence of tunnels and cavities within the Giza Plateau suggest a hidden agenda is being played out.
Here is a full-length documentary called FORBIDDEN ARCHEOLOGY: The Lost Caves of Giza which explores in great details the mysteries and controversy surrounding these lost caves:

Is this another case of governments and the elite not wanting us to know the truth about the history of the world?  There are so many questions that remain unanswered…What secrets does this legendary giant underground complex contain? Could this be the most important discovery in human history? 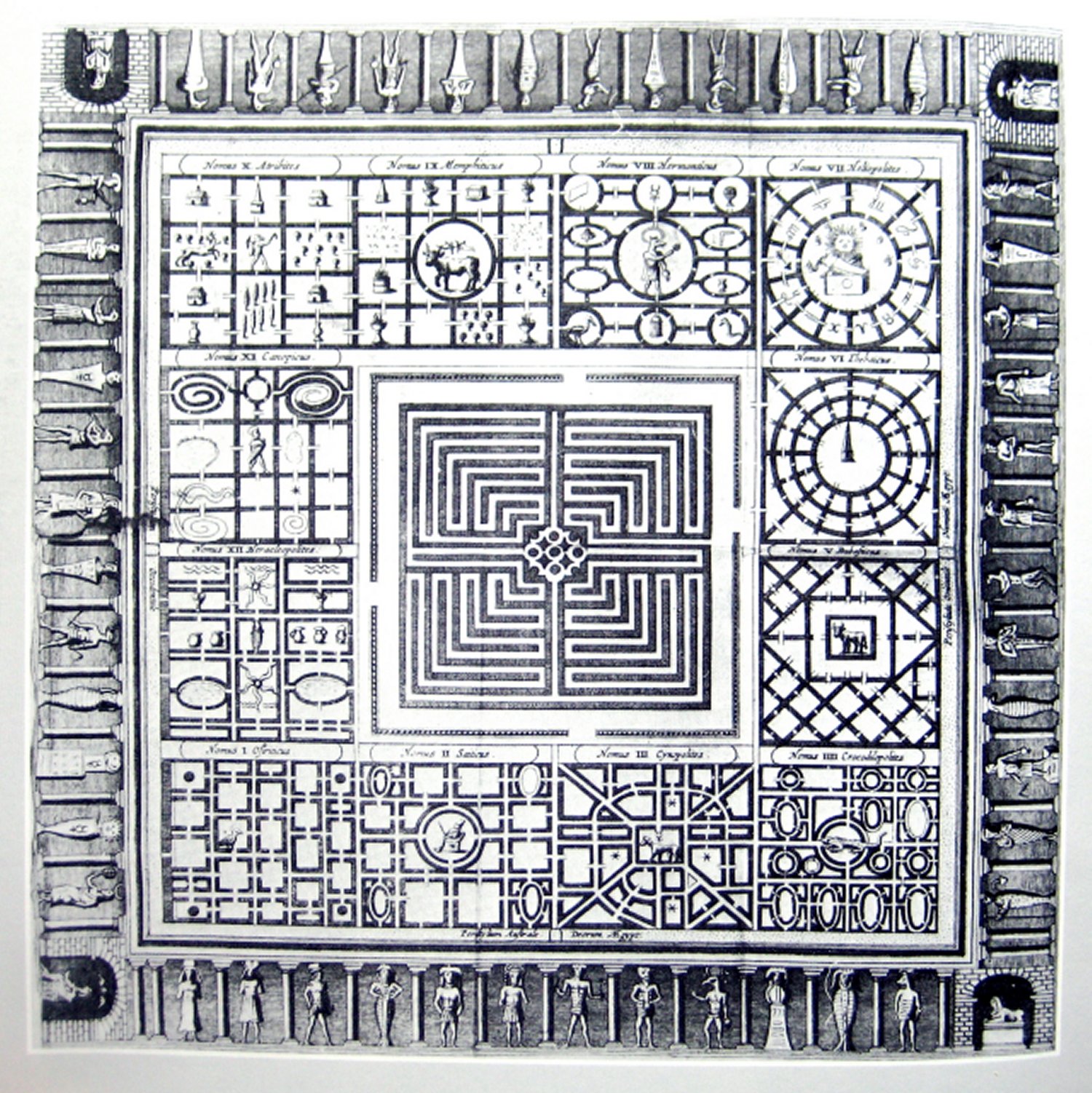 Reconstruction of the Egyptian labyrinth by Athanasius Kircher. Copperplate engraving (50X 41 cm) “Turris Babel Sive Archontologia”, Amsterdam 1679.
Here is an animation that has been created to show what the caves may once have looked like:


It is vital that the Labyrinth will once again be brought to daylight and presented to humanity.
For how many years will the Labyrinth and all its secrets be forgotten this time? Only an informed public can make a difference. If enough people demand to know what is going in Egypt in these ancient caves then eventually the Government will have to listen.
Kasim Khan, Team Spirit