A Powerfull Step to Know Your Real Self

A Powerfull Step to Know Your Real Self 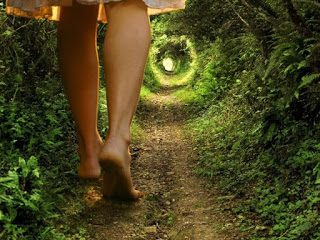 The tiny seed of Truth is found in every human being. Similarly to the seed of a tree, the tiny seed contains great potentials. If the spiritual Seeker protects and nourishes that tiny seed, it will grow into the mighty tree of Truth. But it can only protect and nourish it, if it's aware of its existence. How can the spiritual seeker realize this and how can the Truth be revealed?
The world of the forms and shapes
A lot of people are unaware of that, and they try to find the Truth outside themselves, in the world of forms and shapes, wishing to make forms eternal. So the modest little seed in us stays dormant, waiting for better times. The better times come when the spiritual Seeker realizes that all the external shapes and forms are transitory, so they turn their attention from the world of shapes to the internal world. Under the effect of turning inward, the small seed begins to sprout, and it starts slowly growing. I revitalizes the spiritual Seeker, and a deep desire arises in them to see the flower that the small seed may become.
Then one of the spiritual Seekers may try to use the little sprout to decorate his/her ego with it. Another one says: “Look, there is a lily of the valley growing in me! But I want to be a rose!” In their effort to become a rose, their attention turns back towards the shapes and forms, so the gentle sprout dries and the seed falls asleep again. 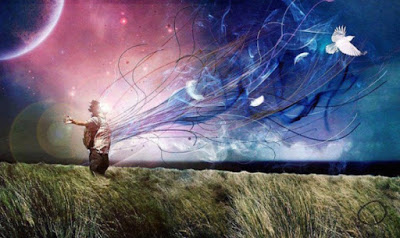 That is how the spiritual Seeker has been playing games in the world of forms and shapes for a long time. It is true that the game is so beautiful and relaxing. The spiritual Seeker will soon have favourite games and toys, as well as favourite playing partners. The more beautiful and better toys the spiritual Seeker invents, the more powerfully they will insist on them. If they do not cling to the toys, they will cling to their partners in the game or to the game itself. By playing these games, the spiritual Seeker will be trapped in the world of shapes and forms, and the modest little seed will sleep forever. When the spiritual Seeker gets tired of playing, and during a brief rest turns inward, there is still the danger of treading on the gentle sprout during the next game.
Some spiritual Seekers gather extra strenght during the time they spend in the internal silence, and with renewed force they abandon themselves into the busy world of the forms and shapes. In the internal silence they find a means that extends their power and efficiency in the world. Naturally, it means that they will be lost even deeper among the forms, which sooner or later brings them new suffering, perhaps even worse than the previous one. Then they turn inward one more time, and the whole cycle starts all over again.
This process may be repeated infinitely in the life of the spiritual Seeker. Still, the process does have its benefit, as the Ego may become tired of it after a while, give up the effort and fall into the silence. Only the deep-rooted desire for the flower remains in the soul of the wanderer. Then they realize that the real flower bed for the little seed is the silence, the non-action, staying in the alert Consciousness, free of concepts. In this internal silence the small seed develops into a beautiful flower. The world of forms and shapes loses its significance for the spiritual Seeker. Only the Existence remains as the only reality.
Turning inward 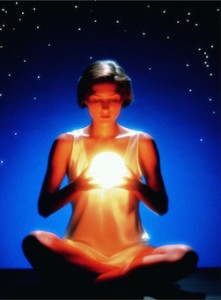 The spiritual Seeker’s turning inward is therefore a precondition for the germination of the small seed. Turning inward may be interpreted differently by different people, according to their own conceptual knowledge. In general, turning inward means that the person’s attention is diverted from the world of forms and shapes towards their internal world.
In this interpretation, there is a subject who is watching and an internal object (breathing, thought, concept, a conceptual image of God etc.) that is being watched. Here the intensification of the attention is equal to the increase of the duration of the attention. The little seed begins to sprout in the internal silence.
The next level of turning inward is when the attention is not focused on inner objects, but on the Consciousness sensing it. E. g. when somebody is watching his/her own respiration, after a while their attention will be shifted from the act of breathing (which is something outside the subject) to the subject itself (the Consciousness watching the respiration). One is only able to perform it lastingly when their concentration ability is sufficiently strong, trained by watching internal objects.
In this interpretation, intensifying attention means that the spiritual Seeker submerges into this Consciousness to an increasing extent. After a while they realize that the Consciousness they focus their attention on is not yet the Self (at that point a lot of the spiritual Seekers lose their way), but the Ego (the I-concept, body awareness). The little seed is now growing and becoming more powerful.
As the power of attention increases, the spiritual Seeker begins to seek where the Ego is emerging from, and what nourishes that Consciousness. That is how they finally return to the source of the Ego, which is the Self (the witnessing Presence, the absolute Consciousness). Now the little seed is in full bloom, presenting the spiritual Seeker with its wonderful scent, which is the pleasure of Existence itself.
The point is being a witness 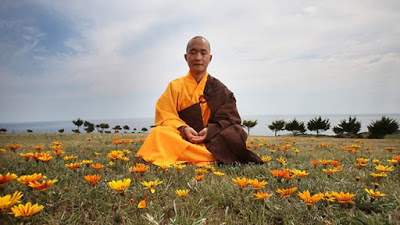 When the seed is in bloom, the roles of the personality of the spiritual Seeker, their reactions, the work of the mind continue to exist, but the spiritual Seeker no longer intends to change them. The spiritual Seeker does not want to be performing better or to obtain a better role.
They plainly watch their own reactions. They no longer identify with the roles and allow the quality of their reactions to determine their self-image. They learn to laugh at themselves. As Witnesses they see and recognize that the Ego is nothing but a bundle of conditioned patterns of behaviour and emotion, and as such, it does not have any particular reality.
Intensity is Required for Awakening.
The spiritual Seeker realizes that for awakening, that is, for the sprouting and blooming of the little seed requires intensity in the Now. What is that intensity provided by? The intensity is provided by the recognition that the spiritual Seeker does not identify with the body-mind complex, but with the conscious Presence of true life. Once this recognition permeates the entire self of the spiritual Seeker, then the intensity necessary for Awakening is ready and provided.
(C) Frank M. Wanderer, 2013-2015 You can republish our articles for free, but please include the author's name and a link to our homepage (www.frankmwanderer.com)

NEW WAKE UP BOOK
The Chant of the Heart: Enjoy the Nectar of Being Frank M. Wanderer Ph.D is a professor of psychology, a consciousness researcher and writer. Frank is the author of the books “The Revolution of Consciousness: Deconditioning the Programmed Mind “, “The Biggest Obstacle to Enlightenment: How to Escape from the Prison of Mind Games?” and several books on consciousness. With a lifelong interest in the mystery of human existence, Frank’s work is to help others wake up from identification with our personal history and the illusory world of the forms and shapes, and to find our identity in what he calls “the Miracle”, the mystery of the Consciousness.
He has contributed to a few different spiritual websites including The Mind Unleashed, Wake Up World, Spirit Science, Waking Times, Zen Gardner, Awakening People, My Empowered World, ChangeYour Thoughts, and Body, Mind, Soul, Spirit.
Bejegyezte: Frank M. Wanderer PhD dátum: 2:10:00 PM