OUT OF MIND » TRUTH IN CONSPIRACY THEORIES? » HISTORIES MYSTERIES » Ancient Genetic Engineers: The Aliens that created modern man according to ancient texts

Ancient Genetic Engineers: The Aliens that created modern man according to ancient texts

Ancient Genetic Engineers: The Aliens that created modern man according to ancient texts Tue Nov 24, 2015 12:49 am

Ancient Genetic Engineers: The Aliens that created modern man according to ancient texts

Many people believe that the miraculous evolutionary leap that led to what the human species is today, resembles more a laborious work of genetic engineering than a simple evolutionary process. The surprising fact that there are many ancient text that speak of the creation of mankind refer to a time when several “beings” created mankind. The Bible also mentions the same thing.
It is also extremely surprising that advanced cultures such as the Sumerian flourished in a matter of days without leaving any traces of successive stages of evolution that indicate a progressive cultural, architectural or mathematical breakthrough in their history. It is as if these cultures popped out of nowhere and civilizations just came into existence.
These are just some of the points that have been completely ignored by mainstream scholars who have studied and analyzed ancient civilizations across the globe. 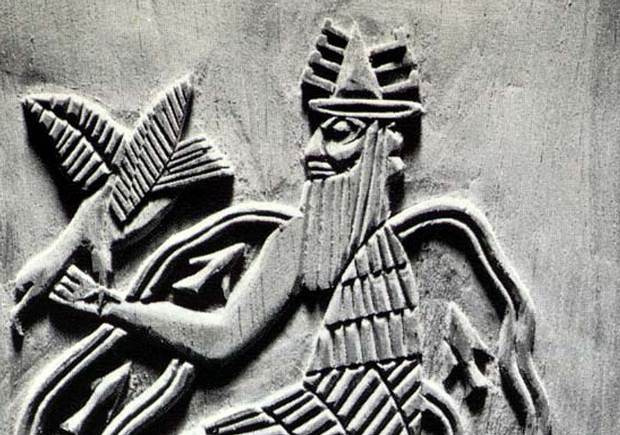 Are modern humans the result of Genetic engineering performed by beings not from Earth?
Also, in a relatively short period of time, primitive man emerged literally out of nowhere from nothing, creating huge empires, advanced civilizations which achieved the impossible while proving to be way more developed than what history as we know it is willing to admit. This leaves us with a couple of questions that have not been answered by mainstream scholars. Is it possible that there is a missing link in the “evolution process” of primitive man? And is it possible that “external” factors interfered with the development of primitive man, and early civilizations on our planet?
The origin and the actual cause which eventually led to what we know about history today was written down by our ancestors thousands of years ago: where ancient man pointed towards the stars, towards Orion, Sirius and other constellations, where according to them, Gods came from above, advanced beings that interfered directly and indirectly with the evolution process of human beings.
When we turn to the book of Genesis, we read how the creation of man occurred:
The Sixth Day: Creatures on Land
…25 God made the beasts of the earth after their kind, and the cattle after their kind, and everything that creeps on the ground after its kind; and God saw that it was good. 26 Then God said, “Let Us make man in Our image, according to Our likeness; and let them rule over the fish of the sea and over the birds of the sky and over the cattle and over all the earth, and over every creeping thing that creeps on the earth.” 27 God created man in His own image, in the image of God He created him; male and female He created them.…
Here, I the above text we cannot help and underline a few very important words that has been omitted by those who have studied ancient texts: “Let Us make man in Our image …”
Who are “They” who created man in “their” image?
Is it possible that in Sumerian texts  it was Adam who was the result of what many interpret as in vitro fertilization. And what if the genetic designers were the gods Enki his sister Ninhursag and Ningishzidda.
Let us turn to the Popol Vuh, the ancient book of the Maya where we find very similar descriptions.
These beings who created mankind are referred to in the Popol Vuh as “the Creator, the Former, the Dominator, the Feathered-Serpent, they-who-engender, they-who-give-being, and hovered over the water as a dawning light.”
“Our work and our labor has accomplished its end.” The earth then was covered with various forms of animal life. And the Creator and Former said to the animals: “Speak now our name!” But the animals could not speak as a man. Then said their Makers: “Our glory is not yet perfect, since ye cannot invoke us. Dens and food shall ye have, but as to your flesh, it shall be eaten. This is your destiny.”
Does the ancient text speak of several times “they” tried creating man? It seems as though these beings failed at the beginning, and in the “heaven” they sat and thought it through one more time. Can you literally sit in heaven? Well, probably, if you are in an airplane or other vehicle… right? But here is what the ancient texts says:
“Again there is counsel in heaven. “Let us try again; let us make them who are to be our vehicles and nourishers.” So the Creators determined to make man. Of red earth they molded his flesh; but when they had made him, they saw it was not good. He was without coherence, strengthless, inept, watery; he had been endowed with speech, but he had no intelligence; and straightway he was consumed in the water without being able to stand upright.”
Again the gods took counsel. It was decided to make man of the wood of the tzite cork-tree, and woman of the marrow of the zibac (willow); but the result was in no wise satisfactory — they were merely wooden manikin. And these are the people who inhabit the surface of the earth. They existed and multiplied, but had neither heart nor intelligence, nor memory of their Creators. They led a useless life and lived like the animals.
They had neither father nor mother, neither were they made by the ordinary agents in the work of creation, but their coming into existence was a miracle extraordinary, wrought by the special intervention of the Creator. “Verily, at last, did the gods look on beings who were worthy of their origin.”

OUT OF MIND » TRUTH IN CONSPIRACY THEORIES? » HISTORIES MYSTERIES » Ancient Genetic Engineers: The Aliens that created modern man according to ancient texts