Northern Europe battered: Storms Gorm and Clodagh deliver winds of 100mph! Tens of thousands without power more flooding throughout the UK on Tue Dec 01, 2015 11:30 am 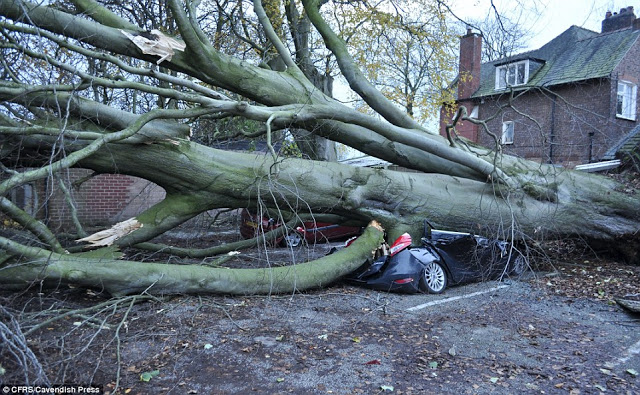 Winds of 100 mph recorded in Denmark overnight
One month's rain expected to fall in the UK today
Tens of thousands in Sweden without power
Tens of thousands of people in western and southern Sweden are without electricity after a storm ripped through the region on Sunday night.
Storm Gorm is one of the most powerful weather systems to hit Sweden in years, having moved north from Denmark over the weekend.
It pulled down trees and power lines across the south of the country, while residents reported damaged roofs and cars. 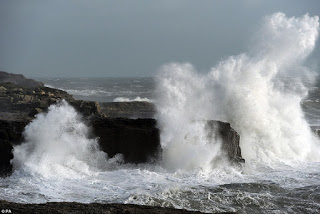 "We've had everything from chimneys that have become loose and blown down to roofs that have come off and barns literally torn up from the ground," Johan Wallin, a spokesperson for the emergency services in Halland told the TT news wire.
"There will be many more phone calls when the electricity comes back; we're learning there are many trees lying around the county," he added. According to TT, approximately 9,000 people experienced problems with their fixed phone lines and several mobile networks also faced disruption during the worst of the bad weather.
A total of 55,000 people lost power over the weekend, with energy companies suggesting it could take several days to restore some services. 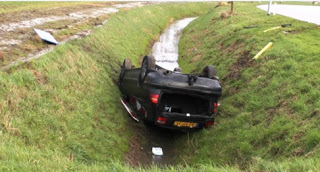 Further south "Storm Clodagh" battered Holland bringing trees down and damaging buildings, windgusts along the coast reached almost 100mph
Picture left a car is blown off the road in Holland
In the UK  "Storm Clodagh" wreaked carnage, Upturned trees, torn down fences, flight and train delays and flooding from a month's rain in a day as the  storm blasted it's way through Britain.

The river Ouse burst it's banks in York and flooded many houses, most of them recently repaired after the winter floods of 2013/14.
Many roads in the north of England were impassable. 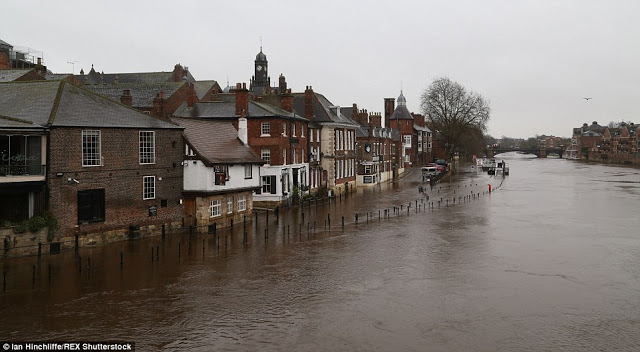