This person was lucky enough to catch a fleet of orbs moving behind his home. The orbs are glowing so much that the camera could not focus on any detail other than the white light. Awesome sighting.
Scott C. Waring
www.ufosightingsdaily.com

News states:
Home video from Conroe, Texas, purports to reveal a UFO floating in the night the sky. The minute-long footage, uploaded to YouTube on Nov. 12, shows about a half dozen pulsating white lights as they undulate through various formations. The voice of the cameraman can be heard saying, "What is that? I don't know... there's something falling out of the sky, dad." A second man, presumably dad, weighs in that the apparition looks like fireworks, but soon concedes that he doesn't know what he's seeing in the sky. 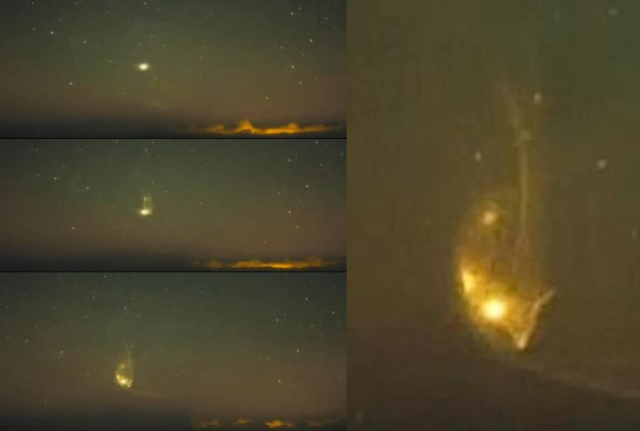 A surreal sighting was caught on camera by the Canada France Hawaii Telescope on November 17, 2015 and shows an unknown light structure appearing then disappearing over the Pacific Ocean.
What makes this capture particularly fascinating is the way that the UFO comes out of the water and the water splashes against it and reflects the light of the UFO.
The person who captured this incredible event a MrMBB333 from YouTube, said:

“This is very unusual and I am not sure even how to describe this. Appeared in the loop of Nov 17th, only that loop, no others. I’ve seen a few thousand of these loops over the years and not anything even remotely close like this.” He said.

Please check out the interesting video below:


Another VERY intriguing part of this story, is that the US very recently implemented a ‘strict no-fly zone’ in the area where this UFO was located, apparently because of some secretive top secret training!?
U.I.P SUMMARY – This capture is another of U.I.P’s favourite for 2015 so far! We have double checked the footage and done some of our own research into the background of this capture and it does appear to be the ‘real deal’ the big question now is WHAT is this strange UFO and WHERE did it come from!?
Lets not forget that there have been MANY strange sightings and stories around the Pacific (please click HERE for more on this).  There were rumours back in 2012 that there was some kind of conflict in the Pacific Ocean with the US and Chinese military uniting to monitor UFO activity in the area.  Some of the rumours at the time are listed below, of which you will notice that the final bullet point is very relevant to the kind of object we are looking at in these images – Potentially from another dimension!?


Could it be that somewhere in the pacific ocean is a Portal to another dimension!?  UFO sightings in that part of the world are definitely increasing, just like the military personnel in the region.
Perhaps the Blockbuster film ‘Pacific Rim’ was another case of ‘drip feeding the masses’.  A story about an Alien Portal in the Pacific Ocean which leads conflicts across the world with the creatures that come through.
Like we always state, Science Fiction is becoming Science FACT!
MWV, Vee 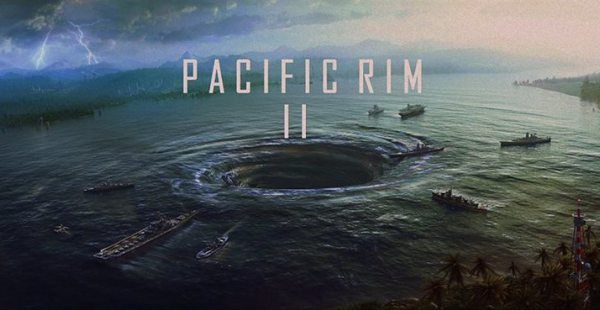 Above was color enhanced.

This perfect orb has an energy field around it that many UFOs are often seen with. The orb is translucent and its colors are very beautiful. Great catch.
Scott C. Waring
www.ufosightingsdaily.com