According to many researchers and a lot of ancient astronaut theorists, in the distant past, before the dawn of civilization, our planet was visited by beings not from Earth, these otherworldly visitors were the Anunnaki, creators of the world we live in today, ancient engineers that helped mankind evolve through history. It is believed that in the 19th century archaeologists exploring the ancient ruins of Nineveh discovered 22,000 clay tablets which are directly connected to the Anunnaki.
Today when we read or seek information about the Sumer and the Anunnaki or the people that inhabited that part of the world we come across controversial author Zecharia Sitchin. In 1976 author Sitchin published his personal translations of the Sumerian texts in a series of books called “The Earth Chronicles“. According to Sitchin the clay tablets describe an alien race known as the Anunnaki who came to Earth to mine gold. Sitchin practically suggests that extraterrestrial visited earth in the past because their home-planet needed gold to survive.
The gold deposits in their atmosphere were depleting so they came to Earth, mined old and took it back to their planet to save it, but what is it that makes gold so special and important? Gold reflects infrared light. Infrared is basically light you don’t see it, but we interact with it in the form of heat,  the radiation interacts with our molecules and that makes them vibrate faster and you’ll feel that as heat, gold also makes a good heat shield, partly because it’s so malleable. You can make gold very thin; it’s easy to work with; and it has great properties for reflecting and heat protection making it a “must have” resource not only for us but potentially for extraterrestrial visitors as Sitchin suggests. 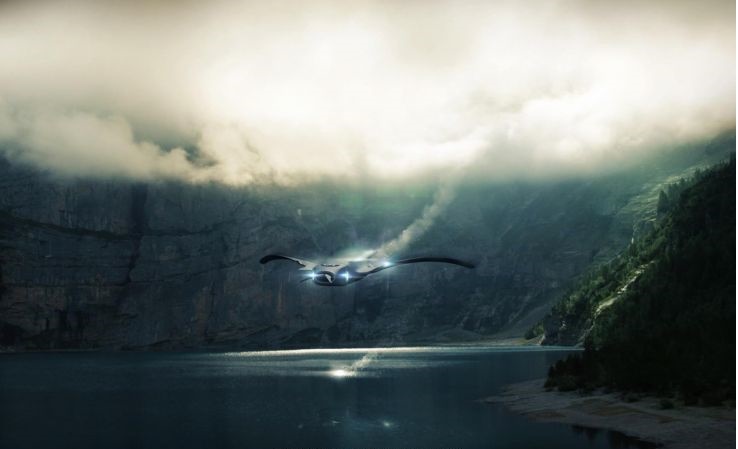 Do you believe the Ancient Anunnaki left evidence of their existence on Earth?
If these otherworldly beings visited Earth in the distant past as many suggest today, you would expect them to leave evidence behind, monuments, buildings and other structures that were used by them during their stay on planet Earth, and according to many Ancient Astronauts theorists, evidence is found all over our planet.
Ancient sites like Puma Punku, Tiahuanaco, Baalbek and others are said to be directly connected to the missing link in the history of mankind
If ancient visitors wanted to build something that would last through countless generations then the material to use is stone. Stone can withstand the test of time, which is why we see so many incredible structures around the globe, countless structures that follow a curious pattern, as if they were built by the same beings, by the same civilizations or were taught by the same teacher. It isn’t a coincidence that Pyramids were built on all continents on our planet. It isn’t a coincidence that thousands of years ago, people in Africa managed to transport huge megaliths and erect some of the most incredible structures on our planet, while at the same time, people in other parts of the world were doing the same. These historic enigmas have not been addressed by mainstream researchers who prefer to ignore the parts in our ancient history which cannot be logically explained.
Tiahuanaco and Puma Punku
It’s said that Tiahuanaco displays all the races of mankind, even elongated skulls, people wearing turbans, people with broad noses, people with thin noses, people with thick lips, people with thin lips, and some of the statues are particularly unusual and are unlike the ones found in the nearby area.
Based on the blocks and monumental ruins of Tiahuanaco, located in the vicinity of Lake Titicaca, researchers believe that Tiahuanaco archaeological site is evidence of an extremely advanced ancient civilization, one with a history of more than 12,000 years, and this ancient civilization might have been directly connected to the Ancient Anunnaki, who visited our planet in the distant past. These rocks of stone demonstrate incredible precision cuts, smooth surfaces and other incredible masonry features and some of the structures found at Tiahuanaco appear to have been used in previous constructions.
Mysterious Puma Punku
Surveys done, using ground-penetrating radar, magnetometry, induced electrical conductivity, and magnetic susceptibility reveal the presence of numerous man-made structures such as wall foundations of buildings and compounds, water conduits, pool-like features, revetments, terraces, residential compounds, and widespread gravel pavements all of which now lie buried and hidden beneath the modern ground’s surface and all that within a kilometer between Pumapunku and Kalasasaya — another incredible archaeological structure. Perhaps the biggest mystery involving Puma Punku is, how ancient mankind managed to transport these huge blocks of stone from quarries within 10 to 100 km. How did they manage to achieve this type of precision cuts and how did they place the blocks in such a perfect manner. Engineers and constructors around the world today cannot answer nor replicate these achievements done by ancient mankind thousands of years ago. The answer to some of these ancient enigmas could be found in the theories of Zecharia Sichtchin and other Ancient Astronaut theorists.
Teotihuacan: An Ancient city like no other
According to archaeologists the advanced design of Teotihuacan suggests that ancient builders had knowledge, not only of architecture, but of complex mathematical and astronomical sciences, and one of the things that is just incredibly amazing and different from all other ancient sites is the fact that from the air, Teotihuacan‘s city layout strangely resembles a computer circuit board with two large processor chips— the Sun Pyramid and the Moon Pyramid. Researchers have also found numerous and remarkable similarities to the Great Pyramids of Egypt. One of the most interesting things about Teotihuacan is the finding by archaeologists of the extensive use of mica embedded in numerous structures. This mineral is found 3,000 miles away in Brazil and it is found in all buildings, housing complexes, temples and along the roads so basically this mineral is all over Teotihuacan. The pyramid of the Sun in Teotihuacan contained considerable amounts of mica in layers up to 30 cm. Human use of mica dates back to prehistoric times. Mica was known to ancient Indian, Egyptian, Greek and Roman andChinese civilizations, as well as the Aztec civilization of the New World. The earliest use of mica has been found in cave paintings created during the Upper Paleolithic period (40,000 BC to 10,000 BC).
Obviously Mica was not incorporated to these constructions for decoration purposes because you couldn’t see it, so it is clear that this mineral was incorporated into these monuments for another purpose.


Mica is stable when exposed to electricity, light, moisture, and extreme temperatures. It has superior electrical properties as an insulator and as a dielectric, and can support an electrostatic field while dissipating minimal energy in the form of heat; it can be split very thin (0.025 to 0.125 millimeters or thinner) while maintaining its electrical properties, has a high dielectric breakdown, is thermally stable to 500 °C, and is resistant to corona discharge. Muscovite, the principal mica used by the electrical industry, is used in capacitors that are ideal for high frequency and radio frequency. Phlogopite mica remains stable at higher temperatures (to 900 °C) and is used in applications in which a combination of high-heat stability and electrical properties is required. Muscovite and phlogopite are used in sheet and ground forms.
The Great Sphinx and the Pyramids of Giza… made by Anunnak?
The fact that we have absolutely no idea who built the Sphinx (n or the Pyramids) is something that I find mindboggling. Even more interesting is the fact that according to recent studies, the Great Sphinx of Egypt could be around 800,000 years old. The study presented at the International Conference of Geoarchaeology and Archaeomineralogy held in Sofia titled: GEOLOGICAL ASPECT OF THE PROBLEM OF DATING THE GREAT EGYPTIAN SPHINX CONSTRUCTION and suggests this ancient monument dates back to a time when there were no advanced civilization on Earth, according to mainstream scholars. Yet somehow, the great Sphinx stands proudly near the Pyramids, which have also proven to be far more mysterious than previously thought. The starting point of these two experts is the paradigm shift initiated by West and Schoch, a ‘debate’ intended to overcome the orthodox view of Egyptology referring to the possible remote origins of the Egyptian civilization and, on the other, physical evidence of water erosion present at the monuments of the Giza Plateau.
The study presented by Manichev Vjacheslav I. (Institute of Environmental Geochemistry of the National Academy of Sciences of Ukraine) and Alexander G. Parkhomenko (Institute of Geography of the National Academy of Sciences of Ukraine), suggests that in the distant past, an ancient race could have created what we call now the Great Sphinx in Egypt. What if, the builder of these, and many other monuments were the Anunnaki, as some ancient astronaut theorists suggest?
As you can see, our history is filled with enigmas and questions that mainstream scholars have been unable to answer, since the more they dig, the more questions are raised.
This article is not meant to promote a one way thinking street but rather offer you, the reader, an alternative view to a wonderful yet mysterious history, hoping that it will kick-start your mind, which in turn will question the wonderful history of mankind.
Remeber, what if… things are not as we have been taught in history books… What if there are simple answers to some of the most enigmatic mysteries mainstream scholars have been unable to answer?