South Australians have endured one of the state's hottest starts to summer with temperatures reaching the high 30s and low 40s.
Fire crews remain on high alert as the heatwave, which is expected to continue until Monday, grips the state.
Total fire bans are in place for six districts, with extreme fire danger forecast for the West Coast.
By early afternoon Adelaide had reached 39.5 degrees Celsius, while towns in Flinders, Mid North, North West Pastoral and North East Pastoral areas recorded temperatures in the lows 40s.
At 2:30pm Ceduna hit 45.3C.
The mean maximum temperature for Adelaide in December is 27.1C.
Country Fire Service's (CFS) Phil McDonough said crews would be keeping a close eye on the Pinery fire ground over the coming days, to ensure there were no flare-ups.
"There is an increased fire danger over that area," he said.
"Local crews are continuing to patrol and mop-up and respond to anything that does occur in those areas and that will be maintained over the next few days."
The Pinery fire burnt more than 85,000 hectares of land, destroyed 87 homes, killed two people, tens of thousands of livestock and razed more than 300 farm sheds and outbuildings.
He warned the weather was creating increased fire risks across the state and noted Monday was "probably the worst day of the lot".
The weather bureau has forecast high temperatures for Monday, with possible showers.
Bureau of Meteorology senior meteorologist Darren Ray told 891 ABC the weekend's heatwave was "pretty unusual".
He noted the last time the state had seen "runs of days in the high 30s" at the start of summer was November 2009 and in 1908.
"We've come out of a pretty warm spring where temperatures were quiet a bit warmer than average and rainfall was about half the average," he said.
"We are seeing a pretty unusual burst of heat for this early coming through spring and into summer." He forecast "spikes" of hot weather throughout summer and tipped the next one with be around Christmas.
Mr Ray said January was "not looking to be a super hot month" but February would be dry and warm. 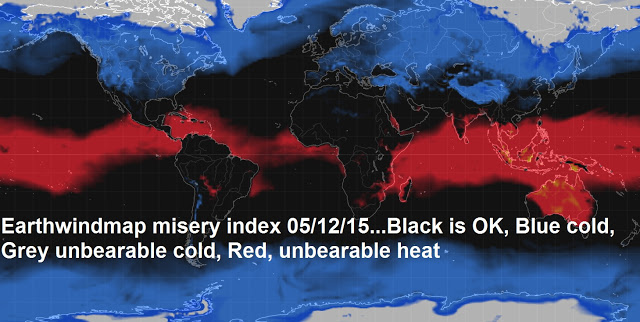 Temperatures in Pretoria are set to soar over the next week and could be accompanied by thunder and lightning storms.
Forecasters from the SA Weather Service on Tuesday said the heat conditions would remain high and in the upper 30s through to the weekend, dipping slightly on Thursday but offering no real relief. Forecaster Christina Theale said Wednesday's minimum temperatures would be 20 ºC and the maximum could hit 37 ºC:
She said a 60 percent chance of rainfall was predicted for Pretoria and the northern region of the province on Friday morning.
Temperatures could be at a low of 20 ºC and reach 34 ºC on Friday. Saturday and Sunday morning are expected to be cooler at 17 C, but will rise to 34 ºC by midday, Theale said.
The country was recently caught in the grip of a severe heatwave, accompanied by dry conditions, which, with the drought, has seen water levels drop very low.
Temperatures at the height of the heatwave last month went as high as 38 ºC and had weather experts predicting that the country would experience the highest temperatures reached in years this summer. The extreme weather conditions are expected to last until the end of the summer in April next year. Theale on Tuesday said there were a lot of hot conditions being experienced across the country, which were expected to spread.

» Was it the Jabs? Another 16-Year-Old Football Player Dies on the Field Due to “High Heat” — It Was 82 Degrees
» Heat Wave - Philippines
» A Magnetic Filament Snaking Across the Sun's Southern Hemisphere Erupted, a CME is on the Way
» CALL OUT AUSTRALIA - SOUTH AFRICA - SACHA STONE - LINE IN THE SAND
» Typhoon Hagupit: People flee homes as panic grips Philippines eastern coast; 2000 travellers stranded in capital Manila