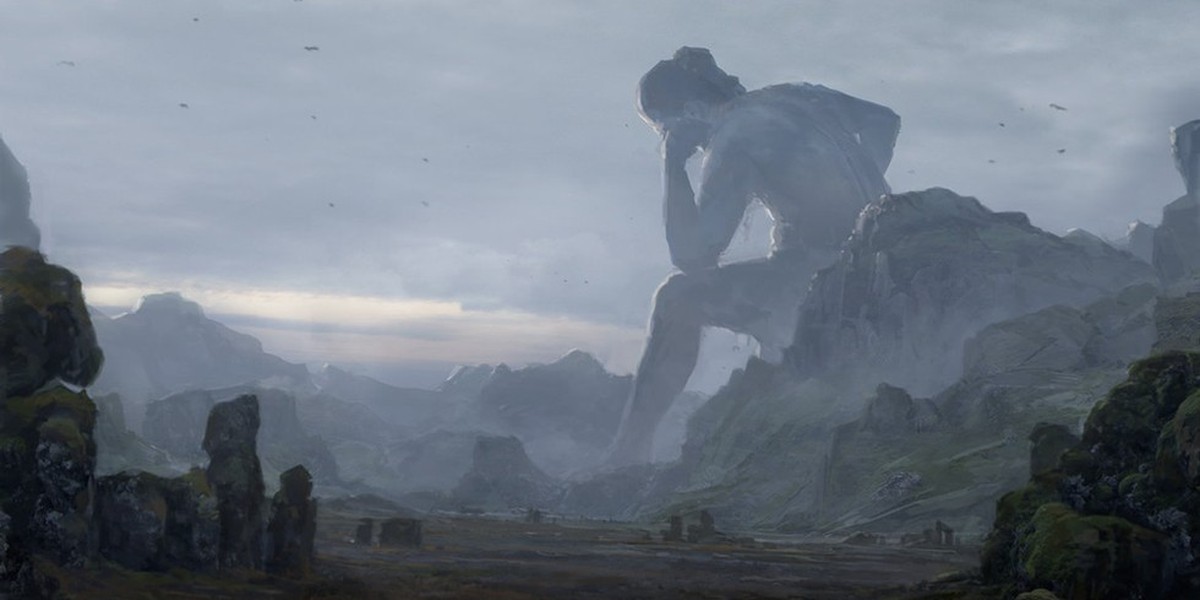 From Higher Perspective, December 8, 2015
Several Native American tribes, all separated by some distance, have a similar legend: that a race of white giants once walked the Earth but were eventually wiped out. These are the legends.

Chief Rolling Thunder of the Comanches, a Great Plains tribe, once gave the following account of a race of white giants in 1857:
“Innumerable moons ago, a race of white men, 10 feet high, and far more rich and powerful than any white people now living, here inhabited a large range of country, extending from the rising to the setting sun. Their fortifications crowned the summits of the mountains, protecting their populous cities situated in the intervening valleys.
“They excelled every other nation which was flourished, either before or since, in all manner of cunning handicraft—were brave and warlike—ruling over the land they had wrested from its ancient possessors with a high and haughty hand. Compared with them the palefaces of the present day were pygmies, in both art and arms.”
Rolling Thunder stated that the Great Spirit wiped out the white giants when they forgot justice and mercy and became too proud.

The Navajo also spoke of a race of white giants, called the Starnake people. Their legend describes them as a “regal race of white giants endowed with mining technology who dominated the West, enslaved lesser tribes, and had strongholds all through the Americas. They were either extinguished or ‘went back to the heavens.'”

The Choctaw tribe told of a race of giants that once inhabited what is now Tennessee. Their ancestors fought against them when they arrived in Mississippi during their westward migration. Their tradition talks of the Nahullo, their name for the giant race, and their wonderful stature.

According to the Manta people of Peru, there were once giants that lived among them. According to their legend: “There arrived on the coast, in boats made of reeds, as big as large ships, a party of men of such size that, from the knee downwards, their height was as great as the entire height of an ordinary man, though he might be of good stature. Their limbs were all in proportion to the deformed size of their bodies, and it was a monstrous thing to see their heads, with hair reaching to the shoulders. Their eyes were as large as small plates.” The natives believe that heaven wiped them out due to their sexual habits, which the natives found revolting.

The Paiutes have an oral legend of red-haired, white cannibals that stood about 10 feet tall and lived near Lovelock Cave, Nevada. It’s hard to know for sure if this oral tradition is true or if the truth has been distorted over time and these were just normal sized cannibals that lived near Lovelock Cave. Some similar Piutes legends feature the same story just without the giants. Archaeologists have found remains of people with red hair in the area, but black hair can turn red with time.


Thanks to Wes at: http://cultureofawareness.com/