From Zap posted on Dinar boards....

IN A BRIEF BUT SIGNIFICANT SNIPPET I RECEIVED FROM THE CHINESE FAMILY SIDE, HISTORIC BONDS WERE TO BE STARTED IN CHINA YESTERDAY BUT THEY HALTED THE PROCESS AND have PUT IT OFF BRIEFLY.

IT DOES APPEAR THE RV WILL BEGIN BEFORE CHRISTMAS.

ALL IS GOING WELL, CONSENSUS HAS BEEN REACHED AND WE SHOULD SEE MAJOR CHANGES SHORTLY.

Now why would someone that "DOESN'T DO DINAR" keep posting messages on all the dinar blogs I wonder??
How curious..... 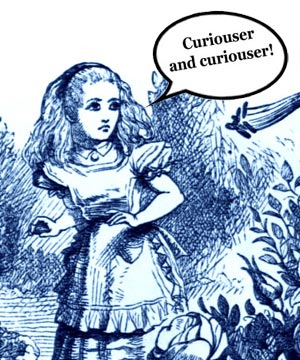 All the usual places are buzzing with this just before or just after Christmas rumour. We have been here before though, in my case the last ten years.

Expect nothing and no one will be disappointed, anything beyond that will be a bonus. The scammers have yet to prove they are anything but scammers, TNT is a great example of the predator infesting peoples hopes, dreams, and aspirations. We all have different ideas about how we would use large sums to dismantle and destroy the long established systems of the dark and we all get told it's being kicked into the long grass again for a week, month, couple of months.

I would very much like to see these people make an accurate prediction of change in short order yet the pattern is the same no matter where you look. The schimdts, Nidels, Zaps, various channeled divinities have been saying the same things and making same promises for years.

Yeah. With all due respect when do we get to have a say in all  this?

Hey there shifro.... welcome to the site and thanks for your comment. Great question!

We have to have a say NOW is my answer.

i was talking to my wise mother, and she mentioned this, so i will show you it .  its a very good method for meditation and allowing the universe to clear out all fomrs of negative energy that are hindering your success, even better, it lets you help your fellow humans if you do it just right.

I love this and use this quite a bit.

I lived in Hawaii from 1974 to 1980. So many wonderful customs to absorb there. I miss it all the time. I did not fully appreciate my experience there at the time because of my bad choices and lifestyle. It is an easy place to be lost in. But a wonderful place to learn from.

You certainly do have a wise mother gab. Thanks for jogging my memory.

o.khere i go. i'm just sick to death of all the lies. no more chem trails to kill us. no moregmo's no more poison vacienes poison drugs keeping us just sick enough, to keep paying the dr's and drug co. when are the lies going to stop and peace come to our world.

@kathykat I must say you are not alone feeling disgusted by these conditions. I have periods of time where I feel uplifted and strong because I feel we're getting through....and then I seem to go flat and it's really difficult to stay positive.  I don't have the answers and I certainly have an overabundance of unanswered questions.  I do have some faith left (that we're going to come out of this and win our freedom) but even this seems to be on shaky ground at times. I don't know what else to say.  I wish there was some sense to make of all of this.  When I'm feeling flat, I more or less disconnect and bring my attention on ''no'' thing.

And not being able to express these things without shaming and told to not be negative stifles the dialog from my perspective.

The movie Network springs to mind