Transhuman Birth Trauma The Transhumanism Fantasy is a Failure for Humanity

Transhuman Birth Trauma
The Transhumanism Fantasy is a Failure for Humanity 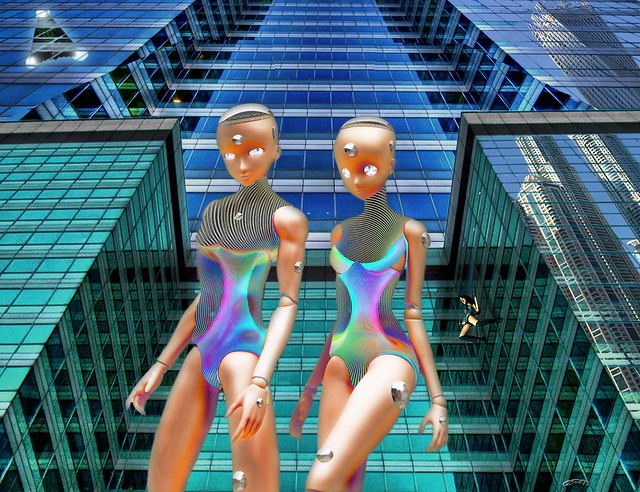 Darwin once called humans living, self-replicating machines. While it is true that we are divided from the rest of the animal kingdom due to our ability to discern the scent of a rose from a peony, and have emotions that either enflame us or calm our minds, completely isolated from purely environmental stimuli, our humanness has been overlooked, often dismissed even, as an evolutionary stumbling block, not the gift that it truly is. This, perhaps, is the philosophical error which has led to the belief that we need to be something more than human – trans-human – with adapted parts like a robot, or machine, rather than an ever-evolving, biological encasing of energy, ideas, and spirituality that will, in its own time, realize its perfect nature.

The idea of transhumanism completely blurs the lines between machine and (wo)man. Utilizing cloning, nanotechnology, genetic engineering, and more, people in support of this dangerous movement could arguably practice genetic cleansing that would make Nazi Germany or the ethnic ‘washing’ of Bosnian Muslims, Polynesians, Serbo-Coratians, Syrians, Native Americans, etc. look like a parlor trick.

There is a scene in the movie, The Matrix, which tries to visually blur these lines even more so. Neo, played by Keanu Reeves, emerges from a machine-made ‘womb’ and his only intended purpose is to provide energy to the technologically ‘advanced’ society from which he eventually tries to exit.

Images like these are pumped into our consciousness via a targeted smear campaign to disenfranchise our collective awareness of its Truth, and fool us into accepting the edicts of transhumanism like verses of the a holy book.

Moreover, in the field of evolutionary psychology it is assumed:

“When an organism reproduces, replicas of its design features are introduced into its offspring. But the replication of the design of the parental machine is not always error-free. As a result, randomly modified designs (i.e., mutants) are introduced into populations of reproducers. Because living machines are already exactingly organized so that they cause the otherwise improbable outcome of constructing offspring machines, random modifications will usually introduce disruptions into the complex sequence of actions necessary for self-reproduction. Consequently, most newly modified but now defective designs will remove themselves from the population – a case of negative feedback.” [1]

The question is – who will determine which genes are to be kept, and which genes are to be erased? The fact remains that there are many ‘mutant’ strains of DNA found in the human genome which have a higher purpose that science does not readily acknowledge. There are also serious implications for those who might have children who have qualities that the scientific body determines are undesirable, when in fact, they are key to our future spiritual evolution as a whole. 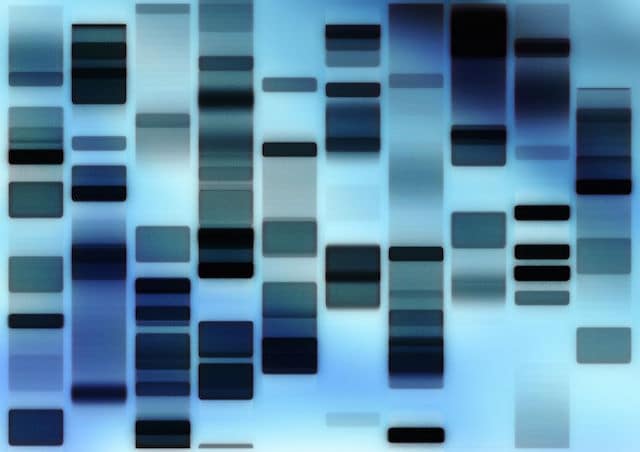 Transhumanists assume that our very sentience is an impediment. Death is not a natural process that happens in all of nature, through seasons, growth and rebirth, the cycles of time, etc., and augmentation of the human form with vaccines, elaborate surgeries, or even nanobots and added robotic parts would be beneficial. The ultimate goal to this group of intellectual ‘elite’ is for ‘man’ to overcome ‘nature.’ It is the classic egoic stance of man against God, instead of realizing that we are one and the same.

You can also observe the trend to minimize humanity as a whole, and the assumption that we need to be treated as parts of a machine, owned by some ‘larger’ entity, namely an ego with corporate tentacles as long as the Bering Sea. We are cogs in a wheel, not sentient creatures with a destiny outside of a mechanistic, deterministic view of the world.

You can see this with forced vaccines in the recent SB277 fiasco in California, in the attempt of biotech companies to patent human genes so that they can then offer ‘cures’ for diseases those genes present, and the general attitude of politicians who try to remove the rights of human beings as if we were a class of robotic automatons and someone (with great access to wealth and power) holds the remote to control our every movement.

You can observe this trend with new technological ‘advances’ which are presented as though they were beneficial to society, when in fact, they strip away another level of our humanness as we accept them more blindly, and less belligerently with every medical or scientific development.

Genetic engineering and ‘artificial’ intelligence has already changed humankind drastically. Though we might live longer with these numerous advances, we will serve the ideals of the class which supports transhumanism, not simply humanism – not love, beauty, honor, etc. Our innate wisdom would be replaced with acceptance of new cultural norms which uphold the tenets of greed and power for a few, not harmonious living tinged with freedom for the masses.

The fact is, there are ongoing mutations in the human gene pool. Most random genetic changes are neutral, and some are harmful, but quite a few turn out to be positive improvements. Others, scientists don’t even really understand. They’ve only just realized that the human genome actually contains two languages, one on top of the other, hidden in plain view for decades of genetic experimentation and scholarly study.

These beneficial and, I dare say, beautiful mutations are the raw material that may in time, be taken up by natural selection and spread through the population. Here are just a few examples:

There are even those who suspect there are other strands of DNA in certain human beings born of late, that allow them skills we lost ages ago. Alfie Clamp, a young boy considered mentally challenged, was born with an extra strand of DNA, but we don’t know where mother nature might be taking this ‘mutation’ in time if we are constantly meddling with the human genetic code. It is thought original human beings had 12 strands of ‘energetic’ DNA which scientists today call ‘junk’ DNA. You can imagine what information and instructions might be programmed within these additional strands when scientists only recently learned to decipher another language on an existing, and scientifically acknowledged strand of genetic code.

If epigenetics is proving that we can alter our own DNA with thought, and there is an energetic set of coding instructions that allows us to become ‘super’ natural, instead of transhuman, why do we allow those with no soul to tinker with our flowering spiritual evolution? We are not merely biological machines. We are spiritual creatures budding with every breath. Transhumanism would subsume this process, but our conscious resistance means that we will break free from its shackles.

Consider the minds that would make machines of men.

“The fact is, that civilisation requires slaves. The Greeks were quite right there. Unless there are slaves to do the ugly, horrible, uninteresting work, culture and contemplation become almost impossible. Human slavery is wrong, insecure, and demoralizing. On mechanical slavery, on the slavery of the machine, the future of the world depends.”
– Oscar Wilde, The Soul of Man Under Socialism

About the Author
Christina Sarich is a writer, musician, yogi, and humanitarian with an expansive repertoire. Her thousands of articles can be found all over the Internet, and her insights also appear in magazines as diverse as Weston A. Price, Nexus, Atlantis Rising, and the Cuyamungue Institute, among others. She was recently a featured author in the Journal, “Wise Traditions in Food, Farming, and Healing Arts,” and her commentary on healing, ascension, and human potential inform a large body of the alternative news lexicon. She has been invited to appear on numerous radio shows, including Health Conspiracy Radio, Dr. Gregory Smith’s Show, and dozens more. The second edition of her book, Pharma Sutra, will be released soon.

Company Plans To Resurrect Humans With Artificial Intelligence By 2045

A company has announced its intention to resurrect the dead by storing their memories and using artificial intelligence to return them to life. In the future, of course.

The company is called Humai, and at the moment, it is pretty sparse on details – and we're still not sure it's not a marketing ploy or a hoax. At any rate, the company says they want to store the “conversational styles, behavioral patterns, thought processes and information about how your body functions from the inside-out” on a silicon chip using AI and nanotechnology, according to their website.

This information would then be “coded into multiple sensor technologies, which will be built into an artificial body with the brain of a deceased human.” Their words, not ours.

In an interview with PopSci, Humai CEO and founder Josh Bocanegra said they “believe we can resurrect the first human within 30 years.” He also elaborated on the process, saying they would use cryonics technology to freeze and store a brain after death, keeping it safe until the technology is ready to insert it into an artificial body.

Quite what these artificial bodies will be is unknown, while the logistics of copying someone’s stored neural information is obviously very much science fiction at the moment. The company seems confident though, even going so far as to suggest that death could one day be optional with their method.

Speaking to IEET, Bocanegra added that while other AI companies are attempting to make virtual versions of people after they die, his was the first to actually bring people back to life. “I don’t think tombstones, photos, videos, or even our own memories are the best ways to remember someone who has passed,” he said. “Instead, I think an artificially intelligent version of your loved one, whom you can interact with via text and voice, is more desirable.”

This is definitely one company you’ll want to keep an eye on over the next few years to see if they make any significant progress towards their rather lofty goal. Or if it's simply an advert for a sequel to Spielberg's "AI."