The Art of Living & Dying 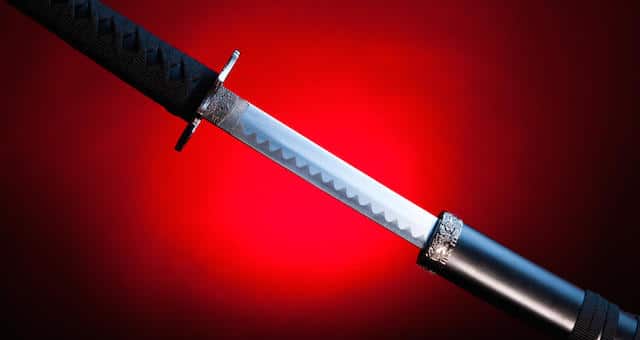 “When Plato’s Socrates states in the Phaedo that philosophy is melete thanatou –that is to say, an intense practice of death – he may mean not just that the object of philosophy should be to help us better cope with our mortality, but also that the one who practices philosophy should understand the risks that come with the job.” –Costica Bradatan

Philosophy is a tool. Put more succinctly, philosophy is a razor. It uses questions to cut ideas. Whatever answers should arise from such questioning simply get cut by better questions. The philosopher then, is one who shaves the superfluous from their perception of reality through ever more effective, more reasonable, and more logical questioning, while also not losing their sense of imagination.
If philosophy is a razor, then Self-inflicted philosophy is a razor-sharp double-edged sword that the philosopher stabs himself with in order to achieve continual rebirth. It’s a way of mythologizing personal experience, thereby transforming an otherwise mundane life into a hero’s journey. An imaginative self-actualized life filled with Eudaimonia. From victim to hero to cosmic hero, the self-inflicted philosopher is ever in the throes of metanoia.

When we stab ourselves with this particular sword, we’re both the hero and the villain, the jester and the wise man, the eternal child and the warrior. We’re light and we’re shadow, anima and animus, weaving in and out of a Sartrean being-in-itself and being-for-itself while going through the motions of vicissitude within being-for-others and being-in-fate. We’re naked ape and overman, layman and master, fool and genius. We’re the nadir, the apotheosis and everything in between. We are the living and the dying: judge, jury, and executioner. Wielding the double-edged sword is daring the fates. Stabbing ourselves with it is becoming one with Fate. Our ego becomes a smeared-out Ouroboros. And the only thing capable of eating it (other than itself) is our soul. Somewhere within this infinite feeding frenzy of rebirth, we discover the art of living and dying.
As Nietzsche profoundly said…

“You will be a heretic to yourself and witch and soothsayer and fool and doubter and unholy one and villain. You must be ready to burn yourself in your own flame: how could you become new, if you had not first become ashes?”

The Art of Living

“Suddenly you’re ripped into being alive. And life is pain, and life is suffering, and life is horror, but my god you’re alive and it’s spectacular.” –Joseph Campbell

One side of the double-edged sword of self-inflicted philosophy is life. The ultimate objective (or telos, to put it more Aristotelean) of this side of the sword is Eudaimonia, or human flourishing. Eudaimonia is a result of living well. Eudaimonia is the rapturous joy and the provident happiness, tantamount to jouissance, gained from living a life well. A life that has become an ever-moving, walking meditation. The trick, the crux, the fly in the ointment, the ultimate dilemma is, of course: how do we live our life well?

Luckily, there are giants whose shoulders we can climb upon to get some answers. Of course, these answers should never be clung to but, rather, taken into deep consideration, applied to reality as it stands, questioned to the nth degree, incorporated into a muscle memory of sorts, and then released. The key to living life well is flexible open-mindedness, the ability to turn an idea around in our minds without assuming it is the truth. As Aristotle said, “It is the mark of an educated mind to entertain a thought without accepting it.” The more ideas of giants we’re able to take into consideration, the less likely we are to get hung up on any particular idea, and the more likely we are to use probability as an Occam’s razor toward higher contemplation. Like Nietzsche said, “The snake which cannot cast its skin has to die. As well the minds which are prevented from changing their opinions; they cease to be mind.” Don’t cease to be mind. Seek mindful detachment. Be mindful in one breathe, and then let it all go in the next.
But before our life can become a work of art, it must first be a work of science. That is to say, it must be based in reality in such a way that it can be continually questioned even as it goes through inevitable changes. Before we can discover the philosopher’s stone, we must first accept and embrace the cornerstone. The cornerstone is reality-in-itself, the way the world is despite our opinions. The cornerstone is the bones of the universe. Once we learn how to carry the bones of the universe, that is to say, how to live in harmony with the cosmos, then we may proceed to build a life well lived.
Cultivating a life well lived is not a being but a becoming. But it is different for everyone, as we are all profoundly unique. Aristotle condensed the idea of it into a single word, Eudaimonia, but what are the right actions to take in order to flourish in such a way? I mentioned ‘learning how to carry the bones of the universe’ and ‘standing on the shoulders of giants,’ but what else is there? It seems a spiritual journey is needed in order to round out the art of living. One that tests the mind, body and soul. One that pushes our spiritual boundaries into existential horizons. One that cooks our fixed-state into a liberated free-state. One that weighs the heaviness of our heart in the crucibles of a dark night of the soul. One that forces the head of our humanity over the unforgiving abyss of our mortality.


The Art of Dying

“I went into the inner death and saw that outer dying is better than inner death. And I decided to die outside and live within… I turned away and sought the place of inner life.” –[url=http://www.amazon.com/gp/search/ref=as_li_qf_sp_sr_il_tl?ie=UTF8&camp=1789&creative=9325&index=aps&keywords=C. G. jung&linkcode=as2&tag=wakitime09-20&linkId=M6RSAZYVHPNF5B5B]C. G. Jung[/url]

The art of dying is shamanic in breadth, Jungian in scope, and Nietzchean in self-overcoming. But it’s not for the faint of heart. It requires a commitment to infinite improvisation and eternal dying. Not dying in the sense that we’re on our death bed, but in the sense that we are all dying. In the sense that we’re closer to death with each passing day, and also that we die small-deaths throughout a lifetime. With this perspective, there is space for continual rebirth and death acts as both macro and micro scope. It’s a broken compass, but it’s all the more sacred because of that fact. As E. E. Cummings said, “Death is no parenthesis.” Indeed, but death is an asterisk – It begs all questions, birds-eye-view poignant, as it puts all things into proper perspective.
Such questions as: how do we deal with our fear of annihilation? Do we shepherd ourselves onto the safety of the farm, where the status quo vacillates with comfort and security, despite freedom? Do we rail at fate in order to maintain our certainty or lose ourselves in the brambles twisting destiny into Chinese handcuffs? Do we stick to safe sidewalks or shoot ourselves in the daredevil foot? Do we gamble or gambol with God? Praise or murder God? Have faith in or become God? Stick to outdated definitions of God or dare to redefine God? Do we curl up comfortably within the proverbial box, or do we existentially crush out?

Making an art out of dying is both imaginatively answering such soulful questions and coming up with more imaginative questions that further test the soul. It is cultivating a declaration of interdependence. It’s declaring to the universe, “I’m not dying, I’m thermodynamically disintegrating. I’m becoming one with all things.” It’s a friendly (or unfriendly, depending on your perspective) reminder that the whole of the universe, for billions of years, has conspired through all of its conditions to bring you up to this point: where you are able to contemplate the universe within a finite amount of time and dare to discover meaning despite your mortality.
The art of dying is also the ability to discover a good death; to seek out what’s worth dying for, and to live it so passionately, so flexibly, so courageously, that death itself must adapt to it and become merely the finishing touches to the overall adventure. Death acts more as a beacon of mortality, beckoning you to live life to the fullest even as it casts its dark shadow over the expanse of your life. It is a shadow that must be reconciled, after all. Just as your own shadow must be reconciled. Such reconciliation can only occur within life (as far as we know), and so an aspect of the art of dying is getting better at shadow reconciliation. Resolve the shadow of death, settle the score with your inner shadow, and a good death will not elude you.
When it comes down to it, life in its fullest form is a series of deaths and rebirths. You let go of one phase and enter another. The art of living is cultivating these rebirths. The art of dying is cultivating these deaths. The key that turns both of these arts is the masterful ability to question to the nth degree, to keep the journey being the thing. You want Eudaimonia? You want to live life to the fullest? You want to discover a good death? Question thyself. Destroy thyself. Rebirth thyself. Repeat. Keep going. Shift all paradigms. Shake all secure foundations. Demolish all thrones and alters. Wreck yourself against infinity. As Nietzsche said, “The secret of reaping the greatest fruitfulness and the greatest enjoyment from life is to live dangerously.”

About the Author
Gary ‘Z’ McGee, a former Navy Intelligence Specialist turned philosopher, is the author of Birthday Suit of God and The Looking Glass Man. His works are inspired by the great philosophers of the ages and his wide awake view of the modern world.