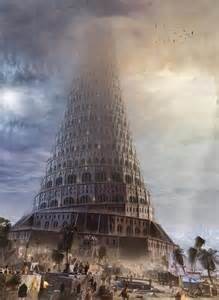 I have watched/listened with only a little interest to what certain parties tell us they believe will happen with respect to the global currency revaluation, financial reset, etc., and there are few I have any trust in.
Dave Schmidt has made a lot of sense, from my perspective, and I trust Rob Potter.
In this discussion between the two, I nodded profusely when Rob stated his feelings about the Ambassador and Dragon Family position with respect to the gold and trillions, and relinquishing it for humanitarian projects, etc.
When Rob interviewed the Ambassador a couple of months ago, I had the same reaction Rob expresses in this video.
There they sit, gobs of money, the power to free Humanity and clean up the planet—and they are squabbling amongst themselves as to whether they are ready or not to step down and allow Humanity to flourish and enjoy their Golden Age—because they are the glorified descendents of the Anunnaki; the royal bloodlines, and they say it’s THEIR money.
I am disgusted with the situation and the fact that they apparently have been allowed to decide what they are going to do and so far they appear to be able to take all the time they want to do that.
So, while Humanity starves to death, lives on the street, dies of Illuminati-created disease and fights wars that the dark determines must be fought for their own greedy causes, while we are sprayed like roaches with chemtrails, vaccinated with toxic cocktails and our food supply poisoned, these arrogant, selfish creatures want for nothing, enjoy exotic technologies and ample organic food and are allowed to hold the reigns to our future—
—at least until The Event—if they take that long—and it looks as though that situation will probably be what forces their hand.
And while we’re on the topic of what these “royals” are doing, I have been wondering as I lie awake at night if the off-world colonists have been told the truth; you know, the ones who believe Earth was annihilated via nuclear war and no longer exists because that’s the lie they were told.
The controllers have revealed to us the Secret Space Program and the breakaway civilizations, but have they told THEM about US? Because THAT is all part of disclosure. I don’t trust these deceitful organisms to do what is right. They’re self-serving.
Regardless, putting the frustration and anger aside, I enjoyed the one hour discourse between two “real” Lightworkers very much. Mahalo, fellas, for keeping us in the loop and sharing your thoughts.  ~ BP