This glowing UFO was caught on the volcano live cam on Christmas day. The UFO is very similar to other past videos of a glowing object actually entering the mouth of the volcano. I've been looking at this live cam over the last 3 years and have caught dozens of UFOs around this volcano. The UFO activity and the Aztec stories about the gods of Popocatepetl, both indicate that there is an alien base 5km below the volcano.

This one came very close to the local population this time. It curious about them.
Scott C. Waring
www.ufosightingsdaily.com

Dr Richard O’Connor, 60, has snapped almost 280,000 pictures using two motion detector cameras which are locked on the sky at his home in Helena, Montana, USA.But he believes the latest few include the long-sought evidence of alien-flown UFOs (unidentified flying objects).

This image shows two “UFOs” snapped in one picture
After he posted them online, a fury of debate erupted among the UFO community, with some suggestions they were fake or not conclusive proof.Now Dr O’Connor is enlisting more photo experts to examine his captures.Some have claimed Dr O’Connor has not come into the research impartially, as he has been a long supporter of the crop circles being caused by aliens myth and heads the Crop Circles Research Foundation.He is also a believer of the 1947 Roswell “UFO crash” incident in New Mexico through his friendship with Jesse Marcel Jr, whose father Major Jesse Marcel is said to have shown him, when aged just 10, pieces of wreckage from the alleged UFO crash at the time.
Dr O’Connor put up two Reconyx Hyperfire PC 900 Trail cameras 30 feet high on the southeast corner of his house, hoping to catch some evidence of UFOs if they set off the motion detector.

When triggered by motion, the cameras, which are about 30 feet off the ground, shoot 20 photos at approximately 1-second intervals.

The large of the two objects in close up
The cameras shoot 20 photos at one second intervals if activated and this has seen him snap several birds, squirrels and wind-blow treetops.But he finally snapped what he says he has been looking for – proof of UFOs – this winter.He said: “Basically what you see it a very symmetrical, smooth and reflective surface that appears to have his own light source.”He says he has no knowledge how to manipulate images and has sent the stills to the National UFO Reporting Center (NUFORC) which investigates and keeps a database of UFO sightings.
Peter Davenport, head of NUFORC, sent them to a photo-analyst for further investigation.

The unnamed analyst said: “Bottom line, I think the images are real, but remain a mystery.

“I suspect the lights in the first and last photos are sun reflections off of something rather than any propulsion system.

“Thus, I conclude it is a puzzle to solve rather than a fake.”

However, a separate analyst, who looked at them, suggested they were “100 % fake, ” angering Dr O’Connor who swore to take a lie detector test over them.
Dr O’Connor added “What you see there is what came off that camera.“They deserve to be studied in a “well-funded, unbiased scientific study to determine if we are being visited.”A third analyst gave him more hope, reporting: “This photo is an interesting one. The colours of the object resembles the surrounding blue sky and clouds.“This would naturally occur with highly reflective silver objects.
“The fact it was 1/20 second frame rules out balloons or other man-made objects.

“It also indicates the objects decelerated and accelerated and held position for just one frame, as there’s no elongated motion line that would have occurred if the velocity was constant.”

Dr O’Connor added: “I am interested in the truth.

“If I am subject to criticism to get to the bottom of this, then I guess it’s part of the deal.”

Scott C waring, editor of UFO Sightings Daily, said: ‘This has to be the most clear UFO photo we have seen all year long.

“It was shot during the day, in a part of Montana that has a very low population.”

An online poster said: I don’t know what they are, but it does not prove UFOs and aliens just yet.”

This world is more than meets the eye, and I literally mean it. Our eyes can see only a small part of the light spectrum which means that many things remain hidden from us, or cannot be understood due to the limits set by our body, and I am not talking about bacteria or viruses here.

It has been discovered recently that an entire world of UFOs coexists with our own. They have the capability of appearing into our dimension – when we can see them with the naked eye, but most of the time they remain hidden from us, and can only be observed with the help of special light filters.
The phenomenon is absolutely real, and it may involve actual alien crafts, artificial intelligence, organic beings with the ability to fly, or even light spirits who reside inside our planet. Mostly referred to as “orb UFOs”, the spectacular appearances are performing bizarre rituals in the sky which are beyond our comprehension level. 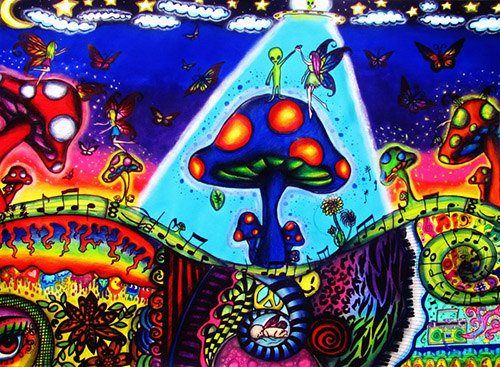 Apart from the dynamic movement and the tremendous speeds at which they travel, the orb UFOs were also filmed while morphing, shooting at chem trails or even releasing other small orbs. They appear to be drawn by huge energy fluxes, with some of them appearing above or inside of massive thunderstorms, while others seem to like the energy released by big crowds of people (during music festivals, meditating sessions and so on).
After Jim Martin, a UFO enthusiast and analyst witnessed a peculiar UFO encounter, he decided to upgrade his gear and start chasing UFOs in order to better understand what is going on. With the help of a full spectrum camera and other special lens and filters, he succeeded in capturing many UFOs performing different tricks around his house. After a while, he decided to share all this forbidden knowledge with the rest of the world, so he narrated a short but extremely informative video with this intensifying phenomenon.

The orb UFOs behavior differ from sighting to sighting, but they also keep common traits such as the pulsating light which expands and then quickly closes in, and also the dynamic of movement which is a fairly impressive feat as it cannot be achieved by any of our earthly crafts. Speaking of crafts, another interesting thing to note is the fact that ground radars fail to detect all these UFOs, thus making the hypothesis of them being otherworldly creatures more viable.

The nature or origins of this things remains yet a topic of debate, but from what we have seen, they appear to return to the ground instead of disappearing out in space. Could they reside here on earth? Is it possible that secret alien bases are found on this planet? I believe that it is likely to be so if we think of all the unexplored and inaccessible places on Earth, also since society brought us close inside of industrialized cities, our daily exploration range extends close to nothing. 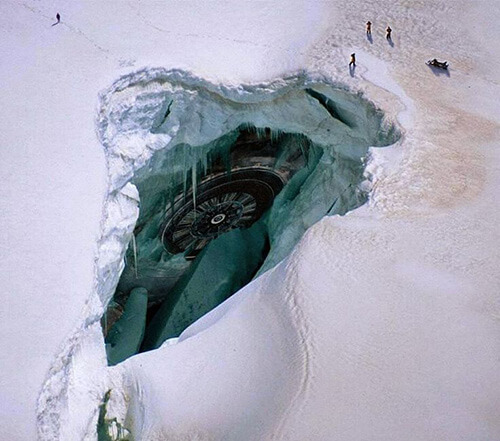 So how can we explain these playful UFOs? And what might their purpose on our planet be? Are these protective spirits? Or maybe organic beings who used to reside on Earth long before humanity?

Whatever the case, since more and more people are attracted by this, the truth might surface at some point, and hopefully we and the rest of the world will be prepared to embrace a new idea of life, while erasing and rewriting the current one. Stay vigilant!

This clear disc UFO has been caught on camera hovering over a lake in Italy. This is a rare sighting as not many disc shaped UFO's are seen in the daytime with such detail. A really good catch. 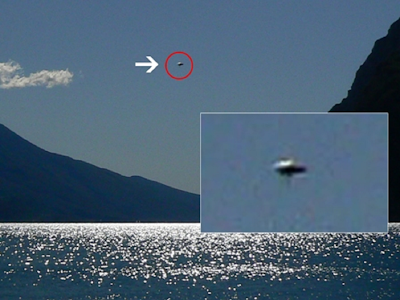 Admin
Posts : 107551
Join date : 2012-01-04
Location : Woodstock Nation
lear Disc UFO Caught Over Houses In London, UFO Sightings
Posted: 03 Jan 2016 04:48 AM PST
This disc UFO has been caught hovering over houses in London. The unknown craft could be seen emitting a bright white light which stopped the witness from seeing details of the object. 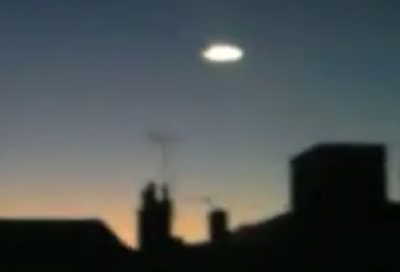