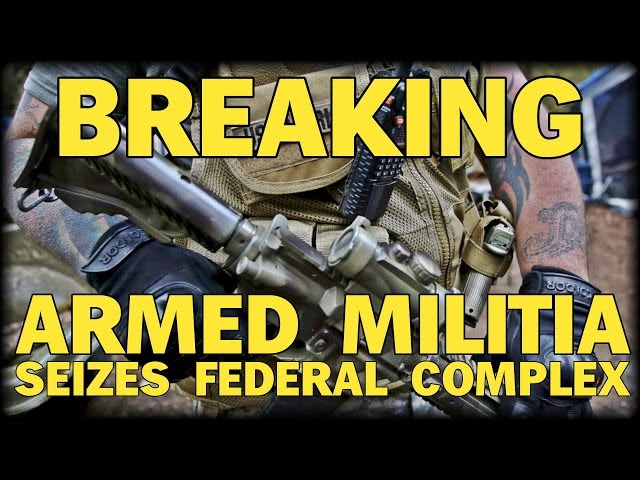 Sheriff Ward – These peaceful Americans have the Constitutional RIGHT to – defend our homeland—We are under attack by foreign powers!

← America is for Americans – Any impostors who come to America to change it…Get the hell out!
ALL AMERICANS (over 45 of age) ARE MILITIA. AMERICANS ENTITLED TO DEFEND THE HOMELAND FROM FOREIGN INVADERS. (mostly members of the BAR) →

Sheriff Ward – These peaceful Americans have the Constitutional RIGHT to – defend our homeland—We are under attack by foreign powers!


As I explained in my response to your letter to me, you are ill informed.

arnie rosner: Thank you Sheriff Ward. Thank you for responding.
There is no lawful federal government.
It is a foreign controlled corporation, posing as the federal government.  It is acting in fraud.  And that is a crime.  A crime you need to be addressing.  Remember sheriff you are sworn to support and defend the Constitution.
There are NO acceptable excuses for you to NOT do your job!
Sheriff says militants came to Harney County to overthrow local, federal governments

THERE IS NO FEDERAL GOVERNMENT TO OVERTHROW!

[url=http://topics.oregonlive.com/tag/showdown in burns/posts.html]All Stories[/url]
Harney County Sheriff David Ward on Sunday afternoon said a group of militants that seized an eastern Oregon wildlife refuge is trying to overthrow the local and federal governments.
Ward said the Harney County Sheriff’s Office is working with several organizations to protect county residents and resolve the standoff at the Malheur National Wildlife Refuge headquarters south of Burns. The group of militants seized the headquarters, which was empty, after a march and protest Saturday in Burns.
Ward said the group hopes to spark a national movement.
The group, Ward said, comprises outsiders who came to Harney County claiming to be part of militia groups supporting local ranchers. In a news release Sunday, Ward said that “in reality these men had alternative motives to attempt to over throw the county and federal government in hopes to spark a movement across the United States.”
Ward said his office has no information that residents of other areas of the county are in danger, but he asked anyone who comes in contact with the militants to avoid confrontation and contact law enforcement.
He asked the public to stay away from the refuge.
— The Oregonian

Jason Lawrence/Flickr
Burns, Ore. (INTELLIHUB) — Heavily armed and well-equipped federal agents have arrived in Oregon from various parts of the U.S. to gain tactical advantage over the armed patriot group who commandeered a federal building Saturday, by responding swiftly and with force if necessary.
Additionally, political figures have been placed under an unofficial public gag order and were instructed to not talk about the situation. So far major mainstream coverage of the event has been limited.


Intellihub staff project the agents will arrive on scene sometime during the wee hours of morning Monday along with embedded members of the press.

These men came to Harney County claiming to be part of militia groups supporting local ranchers, when in reality these men had alternative motives to attempt to over throw the county and federal government in hopes to spark a movement across the United States.
We are currently working jointly with several organizations to make sure the citizens of Harney County are safe and this issue is resolved as quickly and peaceful as possible. At this time we do not have any information that any other areas in Harney County are in immediate danger.
We ask that people stay away from the refuge for their safety. We also ask that if anyone sees any of these individuals in the area to please contact law enforcement and do not confront the individuals themselves.

Intellihub staff managed to get the message to boots on the ground, warning the militia.
Advertisement

“The story is like an onion, you just keep peeling back the layers,” Maupin said.

In an effort to stave off what they feared was a pending Clinton/Babbitt monument designation in 2000, a group of ranchers on the scenic Steens Mountain worked with Oregon Representative Greg Walden, a Republican, to draft and enact the Steens Mountain Cooperative Management and Protection Act that would prevent such a deed. The ranchers agreed to work with special interest “environmental” groups like the aggressive Oregon Natural Desert Association and others to protect the higher-than 10,000-foot peak.

A number of ranchers at the top of the mountain traded their BLM permits and private property for land on the valley floor, allowing Congress to create a 170,000 acre wilderness in 2000, with almost 100,000 acres being “cow-free.”

“The last holdouts on that cow-free wilderness are the Hammonds,” said Maupin. Though some still have BLM grazing permits, the Hammonds are the last private landowners in the area.

“It’s become more and more obvious over the years that the BLM and the wildlife refuge want that ranch. It would tie in with what they have,” said Rusty Inglis, an area rancher and retired U.S. Forest Service employee.

Rusty Inglis, the local area rancher and retired U.S. Forest Service employee who is mentioned in the article, made the comment, “It would tie in with what they have,” referring to the Hammond Ranch.

That begs the question, what exactly is it that they (the feds) have?

The answer to that question comes from another source, who sent me the video below. Aside from the video’s title, “EMERGENCY – Obama Ordered Hammond Ranch Destroyed,” there are several other things that are very troubling, the first of which is the date.

The video was uploaded one day before the scheduled protest , which was the same day the militia took over the federal refuge, or January 1st.

Why would Obama order the ranch destroyed before any of the last 24’s events took place?

From what YouTuber William Mount says, there is MUCH more to this story, and in typical Obama fashion, it’s all absolutely FILTHY… every damn bit of it.

Mount says that “what the feds have” with the rest of the land surrounding the Hammond Ranch, is well documented in U.S. Geological Survey Bulletin 1740-B. Download it now before it gets taken down.

It turns out that the land the feds own, and the land in question at the Hammond Ranch have enormous amounts of Natural Gas, Uranium, Mercury, and Arsenic.

If you follow me regularly, you know I cover the economy and the looming financial implosion of the U.S. Dollar very closely, and I’ve been saying for some time that the Dollar collapse is imminent.

William Mount reports that the Treasury Department is well aware of the pending crash and has plans to issue a new Dollar later in 2016, that will be backed by natural gas and oil, and the Hammond Ranch is the only thing holding up the extraction of the resources owned by the feds.

Furthermore, Mount says in an effort to appease our largest creditor, Obama has already cut a deal with the Chinese to take the Uranium for their nuclear program.

At this point, if you’re like me, you’re thinking that all sounds nice, a bit far fetched perhaps, despite the supporting U.S. Geological Survey, but not impossible right? BUT, how exactly is all that mining going to get done, who’s going to do it, and how is the Uranium allegedly going to get to China?

Mount suggests none other than Democrat Congressmen DeFazio. He suggests “following the money.” When you do that, OpenSecrets.org shows that the bulk of Congressmen DeFazio’s campaign money all came from the following industries: air transit, transportation unions, building materials and equipment, railroads, and industrial unions.

Uh… Ok. I suppose THAT is how the the mining will get done, and the Uranium shipped to China. Wow.

Mount says Obama’s feds have been harassing the Hammond Ranch very aggressively for a long time in an effort to get at the natural gas and Uranium resources the land holds, but to no avail.

Now, the feds have simplified their plan: Toss the Hammond’s in prison for a grossly excessive sentence, and see to it that they meet unfortunate and untimely deaths while there. Remember, per the article, “In the Hammonds’ plea agreement in the 2012 trial, the BLM obtained the first right of refusal should the family have to sell their private land,” or if they should happen to come to an early dirt nap “retirement” so to speak.

Property rights attorney Karen Budd-Falen from Cheyenne, Wyoming, brings up a fascinating point as it relates to the prison sentence. She says, “What totally amazes me is what these guys did – they burned 140 acres. If you compare that to the EPA spill in Colorado, it amazes me that NOTHING will happen to those EPA employees.”

With respect to the EPA folks, she goes on, “You have cities down there [in Colorado] with no drinking water.

The Hammonds didn’t do anything like that,” and with the well documented deposits they are sitting on, there sentence is all just a coincidence? Please! There are never coincidences with Obama. There are only schemes