By Andrew Martin, Collective Evolution, January 8, 2016
“According to California Air quality regulators the leak accounts for 25% of the daily emissions in the state, about the same amount of emissions as driving 160,000 cars for a year, or consuming 90 million gallons of gas.”
Amy Goodman – Democracy Now
The second largest gas reserve in the U.S is emitting huge amounts of methane into the atmosphere, which Arjun covered in a recent article (“Uncontrollable California Gas Leak Called The Worst Environmental Catastrophe Since BP Oil Spill“). It is still spewing 62 million cubic feet of methane into the air daily, according to an estimate by the Environmental Defense Fund.
The leak at the Southern California Gas Company’s Aliso Canyon storage field, which began on October 23, has attracted the attention of Erin Brockovich, the American legal clerk and activist who built a case against Pacific Gas and Electric Company in 1993. Brockovich, portrayed by Julia Roberts in the hit movie of the same name (in which Roberts won an Academy Award), is a nearby resident of Porter Ranch, where the methane leak is occurring.


Erin Brockovich On the Case

It has been 12 years since Julia Roberts starred in the Oscar-winning tour de force Erin Brockovich. The film turned an unknown legal researcher into a 20th century icon by showcasing how her dogged persistence was the impelling force behind the largest medical settlement lawsuit in history. Since then, Erin hasn’t been resting on her laurels; she continues to fight hard and win big! (1)
Now Erin is helping raise awareness and acting on the SoCal fiasco. SoCalGas operates and maintains the Aliso Canyon natural gas storage facility, the largest of four such facilities, where natural gas is stored thousands of feet below the earth’s surface in depleted underground oil fields.
The facility, located north of Porter Ranch and Northridge, sits on approximately 3,600 acres of land. (2) Now Brockovich, who helped win the biggest class action lawsuit in American history, is working to seek justice for victims of the Porter Ranch gas leak.
Watch the Compelling Interview With the Real Erin Brockovich, David Balen, and Amy Goodman from Democracy Now

Article complied by Andrew Martin, author of  Rethink…Your world, Your future and
One ~ A Survival Guide for the Future…
Sources:
(1) http://www.brockovich.com/my-story/
(2) https://www.socalgas.com/ 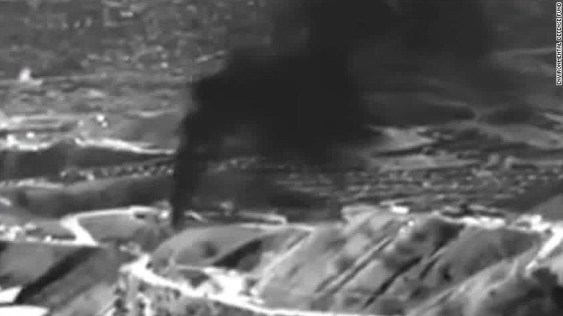 Claire Bernish | ANTIMEDIA
Los Angeles, CA —California Governor Jerry Brown finally declared a state of emergencyon Wednesday, concerning the ongoing, currently unstoppable methane gas leak spewing from Aliso Canyon that has created a nightmare for residents of Porter Ranch.
“I will tell you, this goes well beyond Porter Ranch. We’ve had complaints from as far as Chatsworth, Northridge, and Granada Hills,” emphasized Los Angeles City Councilman Mitchell Englander during a Porter Ranch town hall meeting on December 28. “Apparently this plume of toxic chemicals and whatever it might be, doesn’t know zip codes […] This is the equivalent of the BP oil spill on land, in a populated community.”
Aliso Canyon sits less than two and a half miles from Porter Ranch and less than 30 miles from the city of Los Angeles — the second most populous city in the United States — whose outlying total statistical area includes nearly 18 million residents, as of 2013.
Brown has been widely criticized for lack of decisive action on the leak, which is erupting from its underground storage area with all the force “of a volcano.” Under Wednesday’s declaration, “all state agencies will utilize state personnel, equipment, and facilities to ensure a continuous and thorough state response to this incident.”
Porter Ranch residents have been evacuating the area for some time, though SoCalGas’ rather maladroit handling of the relocation procedure has been a nightmare — and the cause for a mounting number oflawsuits, including one from the L.A. city attorney’s office.
Los Angeles City Attorney Mike Feuer filed a civil lawsuit last month concerning the massive methane leak’s impact on area residents’ health and damage to the environment — which alleged failure by SoCalGas to prevent the leak and further exacerbation of “the effects of that failure by allowing acute odor and health problems faced by the community to persist for more than a month, to say nothing about the indefinite time it will persist into the future.”
Pediatrician Dr. Richard Kang gave an ominous warning during the Porter Ranch meeting, saying, “Unfortunately, the only real way to get away from the symptoms is… you have to relocate — you have to get away from the environment.” Health complaints include severe headaches, nosebleeds, respiratory issues including increasing cases of asthma, and a number of other issues.
SoCalGas, in the meantime, stated they were “providing air filters for people’s homes,” but though “the odor added to the leaking gas can cause symptoms for some, the gas is not toxic and county health officials have said the leak does not pose a long-term health risk.”
But, as the Los Angeles Daily News reported on December 25, “Los Angeles County health officials said prolonged exposure to trace chemicals, some of which are known carcinogens, can cause long-term health effects.” Nevertheless, they also “cautioned that levels examined so far here are not believed to be associated with long-term health problems.”


“The gas company says, ‘This is just the smell you’re reacting to, it’s just temporary, it’s not a problem, it’s not serious’ — these people aren’t stupid,”said attorney Rex Paris. “How could somebody possibly say that? We have children whose noses are bleeding every day, we have people who suffer from chronic headaches [and] are nauseous every, single day. How does that not become a serious issue? Why are they saying something nobody here believes? […] They’re trying to convince everybody that it’s all in our heads. It’s a trick.”
In fact, as Erin Brockovich pointed out, “no one really knows the long-term side effects of benzene and radon, the carcinogens that are commonly found in natural gas.”
Additionally, area house pets seem particularly vulnerable — possibly acting the part of unwitting canaries — as veterinarian Dr. David Smith described in the town hall meeting. Noting he has seen dozens of sickened animals, Smith said, “I’ve seen dogs, cats, birds, pocket pets… the primary symptoms I’ve seen are gastrointestinal vomiting […]These are not things you should be inhaling.” He added, “We have seen dermatological issues as well, some very unusual bacterial infections in dogs,” including one case in which a dog had such an infection on its face, and “the client developed almost the exact same kind of symptoms soon after that […] their physician thinks it’s related [to exposure from the gas leak] and so I tend to think these correlations are real.”
Though the declaration of emergency states “the Division of Oil, Gas, and Geothermal Resources shall continue its prohibition against Southern California Gas Company injecting any gas into the Aliso Canyon Storage Facility,” it does not make that moratorium dependent on stoppage of the leak; rather, only “until a comprehensive review, utilizing independent experts […] is completed.”
Physician Dr. Brooks Michaels, addressing the town hall meeting, gave the sternest advice to those still in the area surrounding the unprecedented leak:
“If you have a chance to leave, if you’re able to leave… if you have a chance to relocate, do it now. I’m telling you, it’s really critical.”
Understandably, Brown’s state of emergency seems almost too little, too late for many.
You can watch the Porter Ranch town hall meeting here: