The sudden news of David Bowie's death from cancer has shocked the country of his birth, with TV news and radio stations breaking into their regular coverage and reactions pouring in from leaders and other prominent Brits.
The U.K. woke up to the news that Bowie, real name David Jones, had passed aged 69 after an 18-month battle with cancer. As well as a brief statement on Bowie's official social media accounts, his son, the director Duncan Jones (Warcraft, Source Code, Moon) tweeted to confirm the news of his father's death after initial confusion and claims of a hoax - Bowie has been subject of death hoaxes before.
British Prime Minister David Cameron was among the first to pass on his condolences, tweeting: "I grew up listening to and watching the pop genius David Bowie. He was a master of re-invention, who kept getting it right. A huge loss." Boris Johnson, the mayor of London, also added his tribute to the London-born star: "Terrible news to hear Brixton born David Bowie has died. No one in our age has better deserved to be called a genius."
Read More: Legendary Artist David Bowie Dies at 69
The music industry in Britain was also quick to pay tribute to one its greatest exports. British industry lobbying group U.K. Music tweeted: "There will never be another David Bowie. R.I.P." Britain's Official Charts Company shared Bowie's chart success, saying: "To date, he has scored 61 top 40 singles, including five number 1s, and 44 top 40 albums, nine of which hit the top spot."
A globally influential artist, Bowie's trailblazing cultural legacy was keenly felt by his compatriots in particular. Electronic artist Gary Numan called Bowie "a true legend." The Soft Cell singer said: It's not often I truly cry at the loss of an artist but I'm devastated. He meant so much. Goodbye David Bowie and our youth."
Former Ultravox frontman Midge Ure, who covered Bowie's "The Man Who Fell To Earth" in 1982, told BBC Radio that fellow musicians were "still walking in [Bowie's] slipstream," and that "none of us can compare to what he did what he has done."
Billy Idol said on Twitter he was "nearly brought to tears" by the news of Bowie's death.
John Peel, the founder of the Glastonbury Music Festival, where Bowie first appeared as a relative unknown as a 24-year-old in 1971 and later headlined in 2000, said that the singer sat alongside Frank Sinatra and Elvis Presley. "With those three you have said it all," he told The Mirror newspaper.
Toni Visconti, who produced several of Bowie's albums, including the last, Blackstar, said in a statement of the late pop star: "He always did what he wanted to do. And he wanted to do it his way and he wanted to do it the best way. His death was no different from his life - a work of Art. He made Blackstar for us, his parting gift. I knew for a year this was the way it would be. I wasn’t, however, prepared for it. He was an extraordinary man, full of love and life. He will always be with us. For now, it is appropriate to cry."
Fellow collaborator Brian Eno tweeted simply: "Words cannot express: RIP David Bowie."
Bowie's varied life and willingness to take risks inspired a generation of Britons to enter the arts. Actor and comedian Simon Pegg said: "If you're sad today, just remember the world is over 4 billion years old and you somehow managed to exist at the same time as David Bowie." Royals actress Elizabeth Hurley tweeted: "Goodbye brilliant, talented David Bowie. What a loss to music and the world."
Neil Gaiman tweeted: "Stunned and sad. The world is emptier now, and all they stars crashing down. My love and sympathies to @ManMadeMoon."
Across the Channel in France, celebrities also mourned Bowie's death. Catherine Deneuve simply wrote "RIP David Bowie" and posted a photo of the two of them from their 1983 film The Hunger on Facebook.
France's most famous rocker of Bowie's generation, Johnny Hallyday, wrote: "Sadness that David Bowie has left us. Au revoir my friend."
Read More: David Bowie Dies: Hollywood Reacts 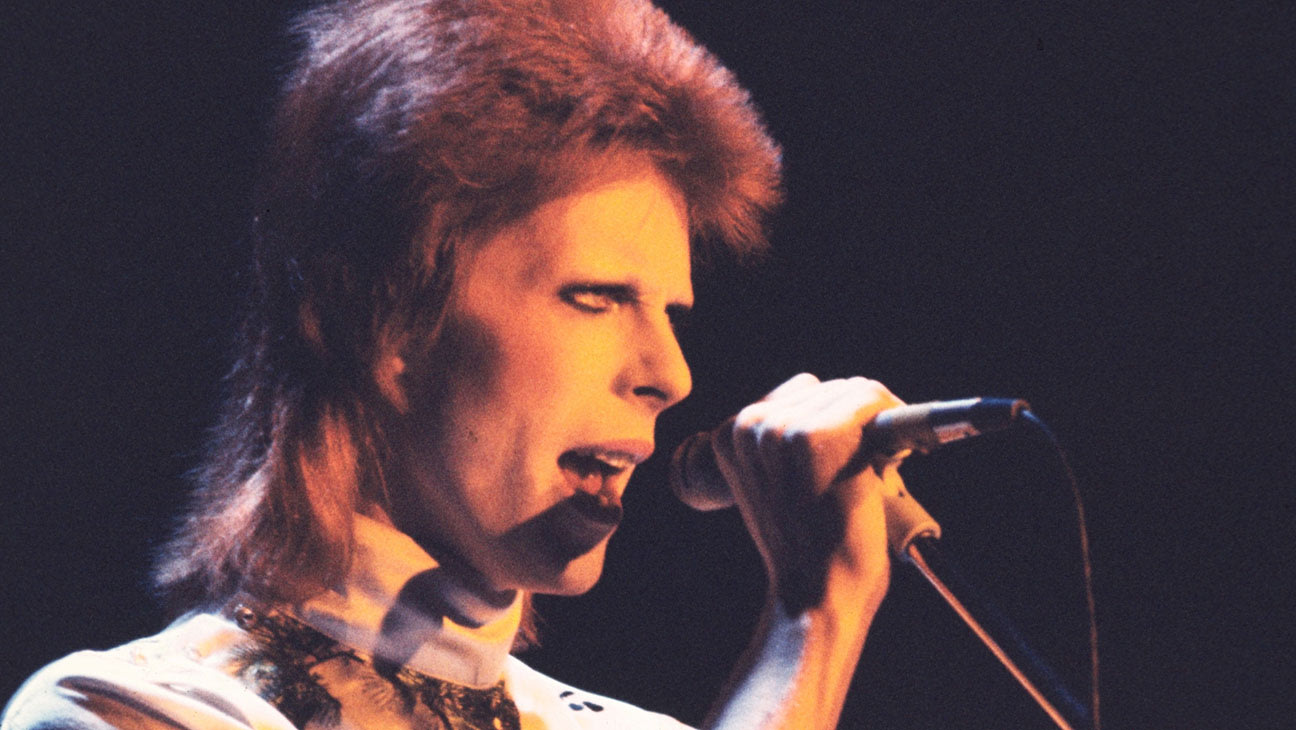 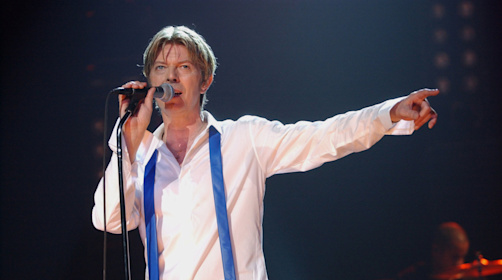 The mercurial David Bowie is the original pop chameleon. He's been everything from inoffensive pop singer to glam icon to white soulman to art-rocker and more in the course of his long, prolific career. Although... allmusic.com 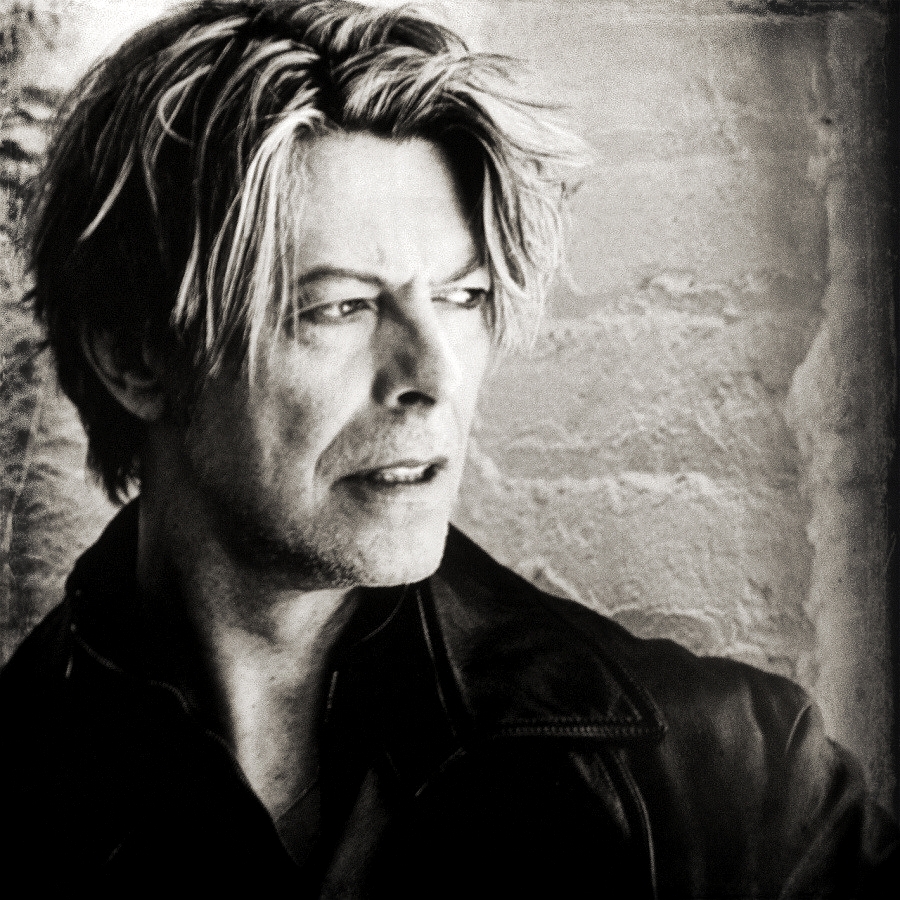 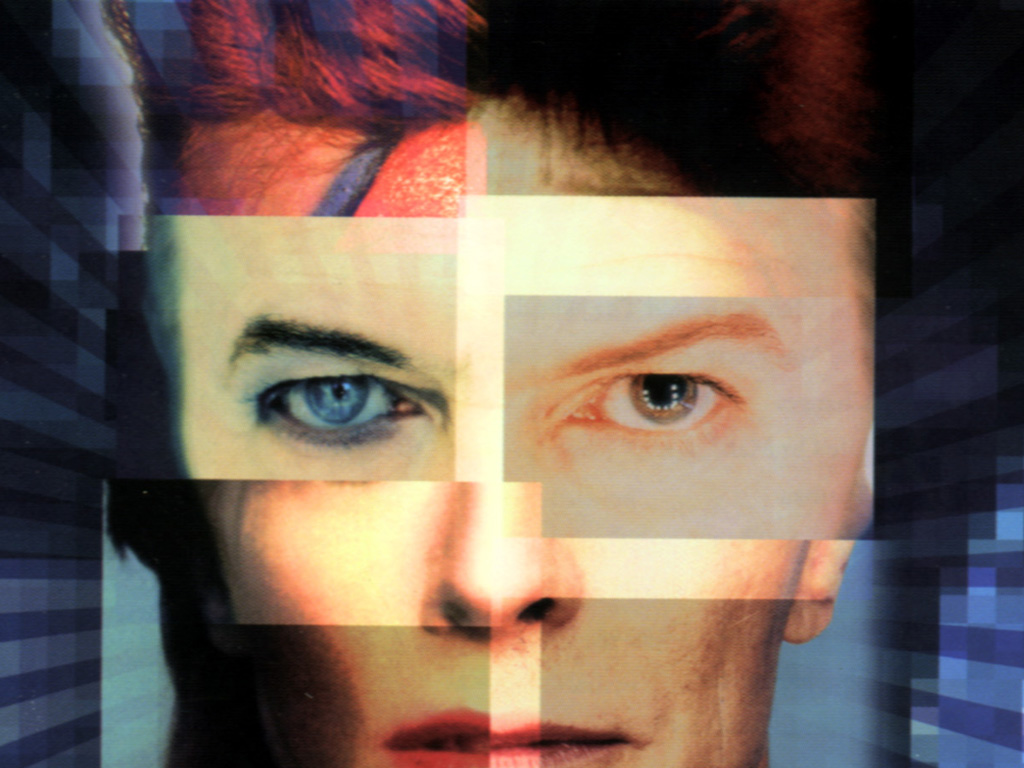 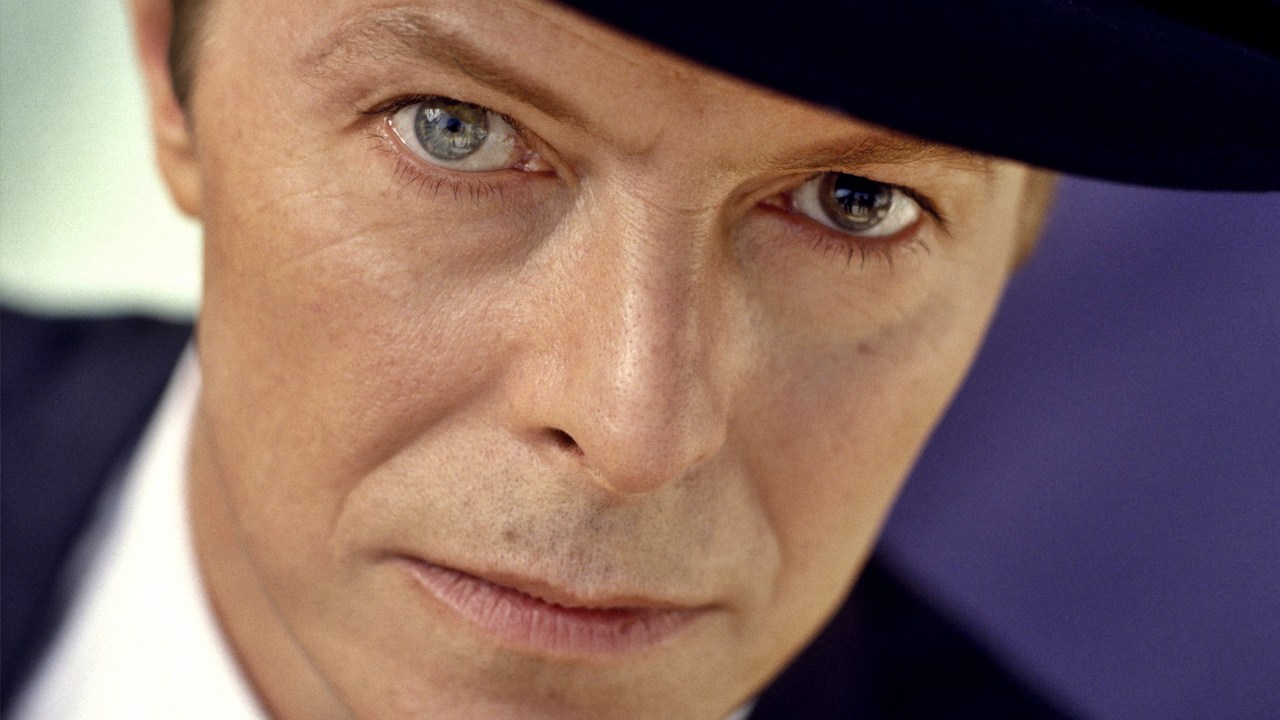 Crushing news. It has just been announced that David Bowie has died of cancer at the age of 69. Anyone who has followed Dangerous Minds over the years know how much we adore the man. Our hearts are broken.
From Bowie’s official Facebook page:

David Bowie died peacefully today surrounded by his family after a courageous 18 month battle with cancer. While many of you will share in this loss, we ask that you respect the family’s privacy during their time of grief.

I’ve been charmed by many of David Bowie’s appearances on screen. But this clip from British TV when he was a mere 17 is particularly wonderful. His subversive humor is already beginning to blossom as the spokesperson for The Society For The Prevention Of Cruelty To Longhaired Men. Sly devil.

WILD IS THE WIND : RESPECT … I died a little … RIP DAVID 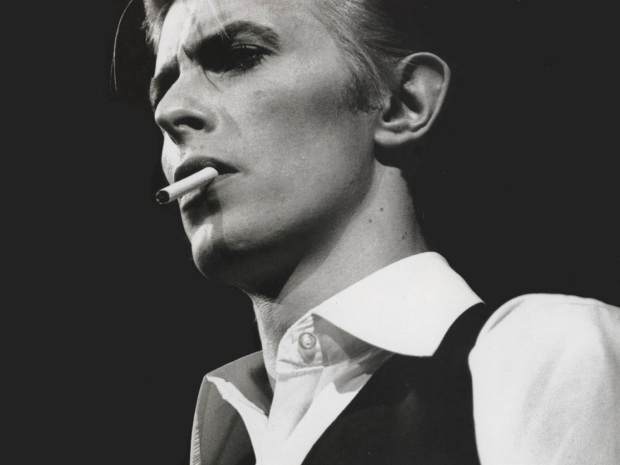 WILD IS THE WIND

Posted by Lou on January 11, 2016
Posted in: Celebrities, Death and dying, Music, Video. Leave a comment
Travel well between the stars David. 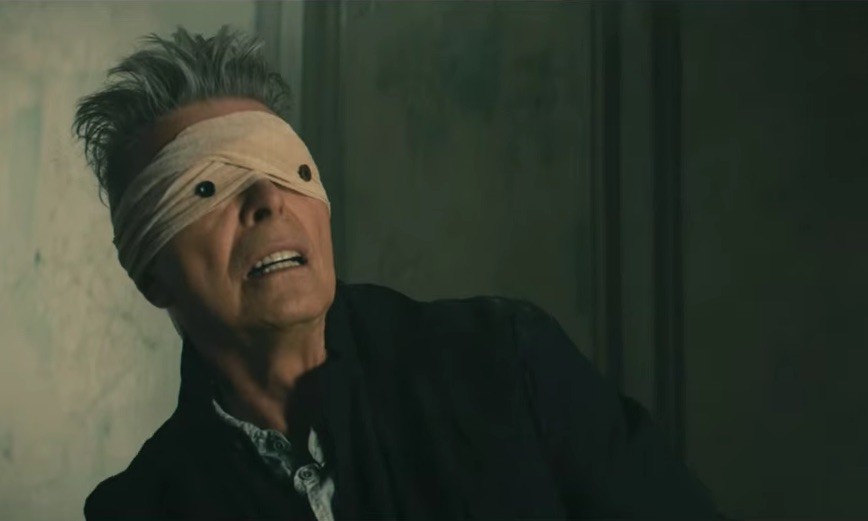 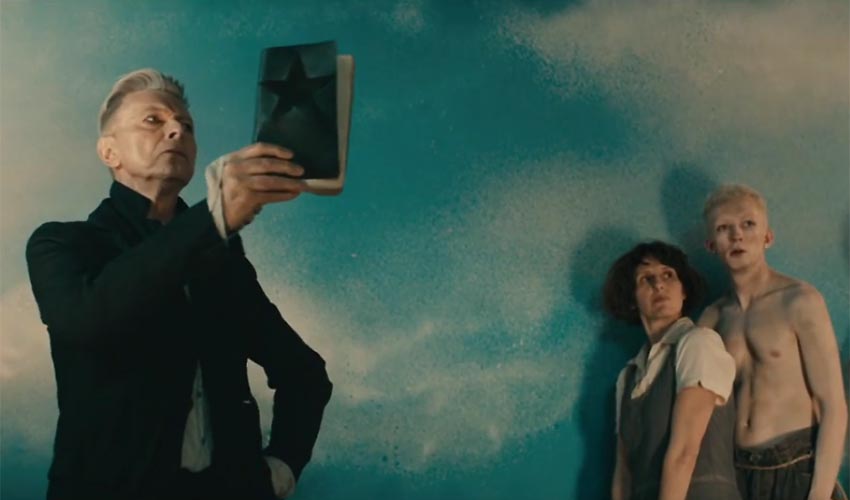 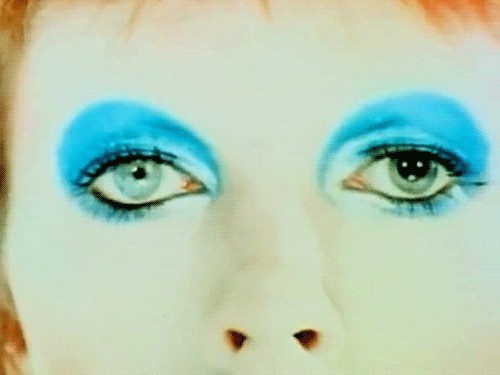 
Bowie was a very powerful man, but now he must pay his due......and he was indeed full of love, but its the kind of love that none of us need......if we all pay close attention, something will arise out of the ashes......that will make us all think of him...

Admin
Posts : 102395
Join date : 2012-01-04
Location : Woodstock Nation
tops I don't cry... but I feel crushed. This ones death feels heavier for some reason. Must be more are feeling the loss so it is received more intensely. Well one thing for sure, he left us a very interesting message in Blackstar. I think it was his F U to the illuminated ones. His fond farewell. There is now a void where he stood.