Written by Arjun Walia
“It is simply no longer possible to believe much of the clinical research that is published, or to rely on the judgment of trusted physicians or authoritative medical guidelines. I take no pleasure in this conclusion, which I reached slowly and reluctantly over my two decades as an editor of the New England Journal of Medicine.”  (source)
The quote above comes from Dr. Marcia Angell, a physician and longtime Editor in Chief of the New England Medical Journal. She is one of many physicians who have held prominent positions in the field of mainstream medicine to express this disturbing fact — that pharmaceutical companies continually distort medical science in order to push their products en masse. Another recent example comes from Dr, Richard Horton, the Editor in Chief of The Lancet, who stated that “much of the scientific literature, perhaps half, may simply be untrue.” (source) Arnold Seymour Relman, Harvard Professor of Medicine and Former Editor-in-Chief of the New England Medical Journal, has also made the reality of this corruption abundantly clear:
The medical profession is being bought by the pharmaceutical industry, not only in terms of the practice of medicine, but also in terms of teaching and research. The academic institutions of this country are allowing themselves to be the paid agents of the pharmaceutical industry. I think it’s disgraceful.  – (source)(source)


Something Important To Remember About Herbal and Natural Cures

Herbal cures are nothing to scoff at. There is a reason why 25 percent of the active ingredients in cancer drugs are found only in the Amazon (despite the fact that only 10 percent of its plants have even been studied for their medicinal properties.)
And herbs are not the only natural medicines we should be taking note of, as hundreds (if not thousands) of studies have been conducted examining the healing potential of various foods/plants on multiple diseases. For example, according to studies published  in Life Sciences, Cancer Letters, and Anticancer Drugs, artemesinin, a derivative of the wormwood plant commonly used in Chinese medicine, can kill off  cancer cells and do it at a rate of 12,000 cancer cells for every healthy cell. (source)
Another example could be bitter melon juice, which was shown to kill pancreatic cancer cells in vitro and in mice in a study done by the University of Colorado. Considering the results were seen in both in vitro and in vivo tests, the effectiveness of bitter melon juice in treating pancreatic cancer, and potentially other cancers, at a clinical level is worth considering, and suggestive of the potential for other natural derivatives to serve a similar function. (source)
I can think of many more such examples. There exist plenty of studies which show very promising results both in vitro and in vivo — studies in which both the authors and their remarkable results recommend commencement of clinical trials. So why no clinical trials?
The reality is, such trials are very expensive, making studying the beneficial effects of these plants, herbs, and foods difficult for researchers to do because they lack proper funding. Clinical trials are so costly that nearly all end up funded by pharmaceutical companies. Unfortunately, pharmaceutical companies are not interesting in funding clinical trials for substances that do not come in manufactured drug form. Basically, pharmaceutical companies fund research and clinical trials for the drugs they manufacture, and nothing else. It’s important to remember that, unlike pharmaceutical grade products, things found in nature cannot be patented. Therefore it is not in the best interests of pharmaceutical companies to fund this type of research, despite all of the promising results that have emerged from various independent studies.
Here is a clip of Dr. Peter Rost, a former vice president of Pfizer, explaining the problem.

The map below depicts different plant species that grew in each state of the United States in the 1930’s. It was printed by the National Wholesale Druggists’ Association, and serves as a fascinating reminder that, in our not-so-distant past, medicine was one hundred percent natural. Different herbs and plants were prescribed for different diseases, and people knew that healing takes time. When the 1938 Food, Drug & Cosmetic Act was passed, however, the landscape of medicine changed, and a federal regulation was put into place to govern the production of new medicines. The pharmaceutical industry completely took over, and our knowledge of herbal medicines was lost and shunned. As a result of these regulatory changes, medicine relying on synthetic chemistry took over, and pharmacists lost the ability to prepare medicine straight from the earth.
Today we have a system that relies on patented chemicals, and studies warranting the need to look into this type of thing, and the amount of evidence that justifies clinical trials is still not enough because again, funding is not available.


Click HERE to view the large, poster size version of this image. 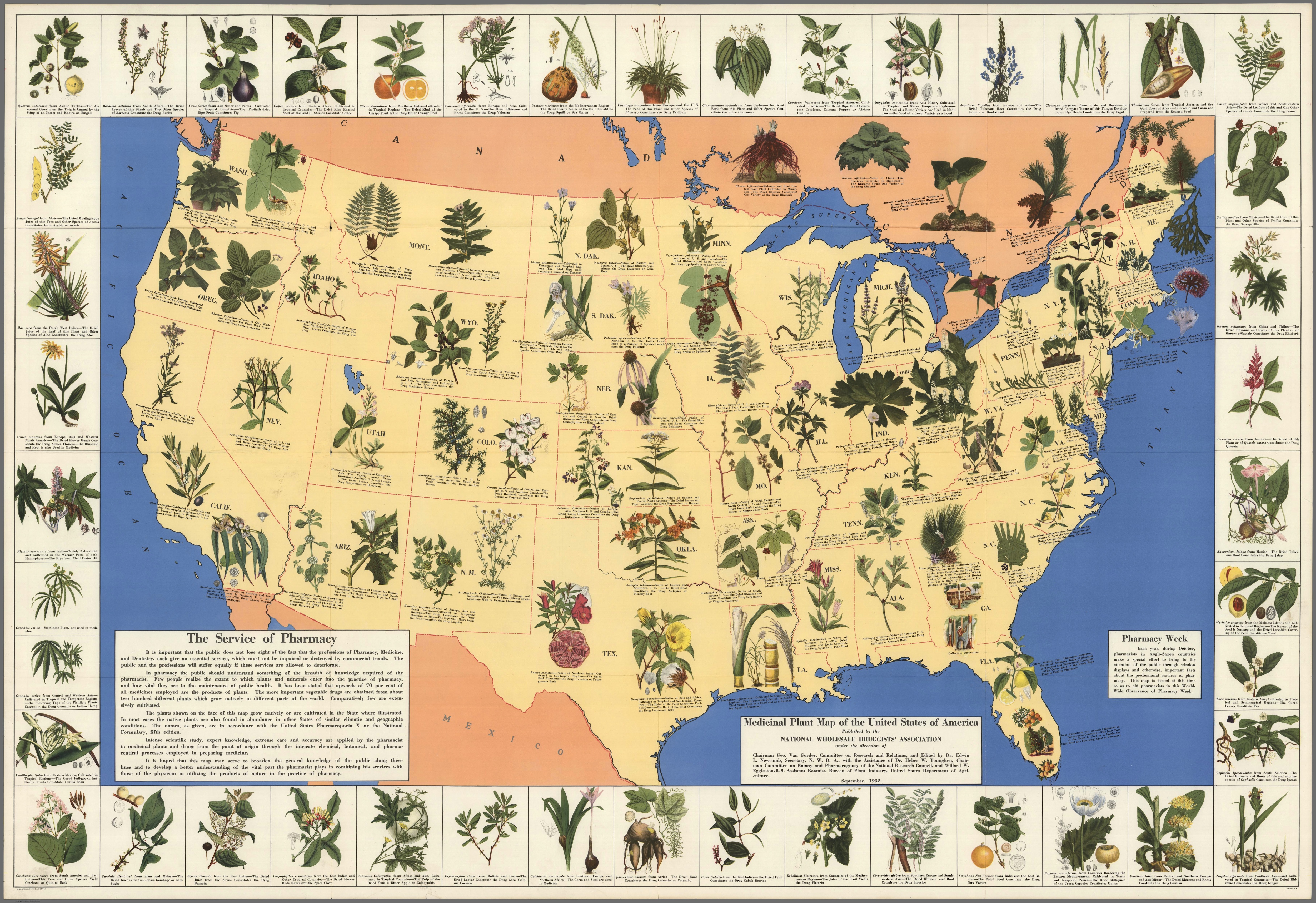