David Bowie has been secretly cremated without a funeral or any family and friends present Thu Jan 14, 2016 11:46 am 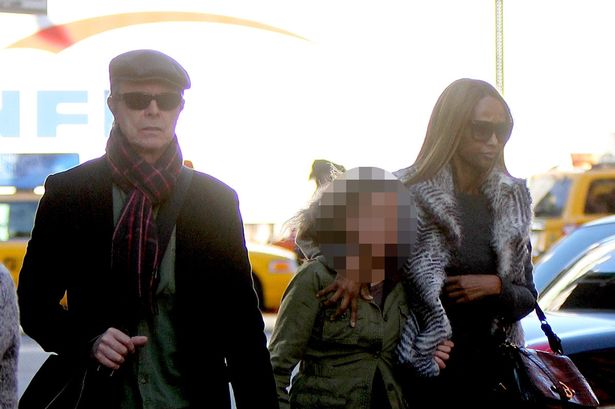 Family man: David Bowie with wife Iman and daughter Lexi
Music legend David Bowie has been secretly cremated without any of his family or friends present.
The iconic singer told his loved ones he wanted to “go without any fuss” and not have a funeral service or public memorial.
A source in New York told the Mirror: “There is no public or private service or a public memorial. There is nothing.”
Since the singer's death on Sunday music lovers have been speculating about what plans the legendary showman had for his funeral.
But unbeknown to his millions of fans around the world, his body was quietly cremated shortly after he died. 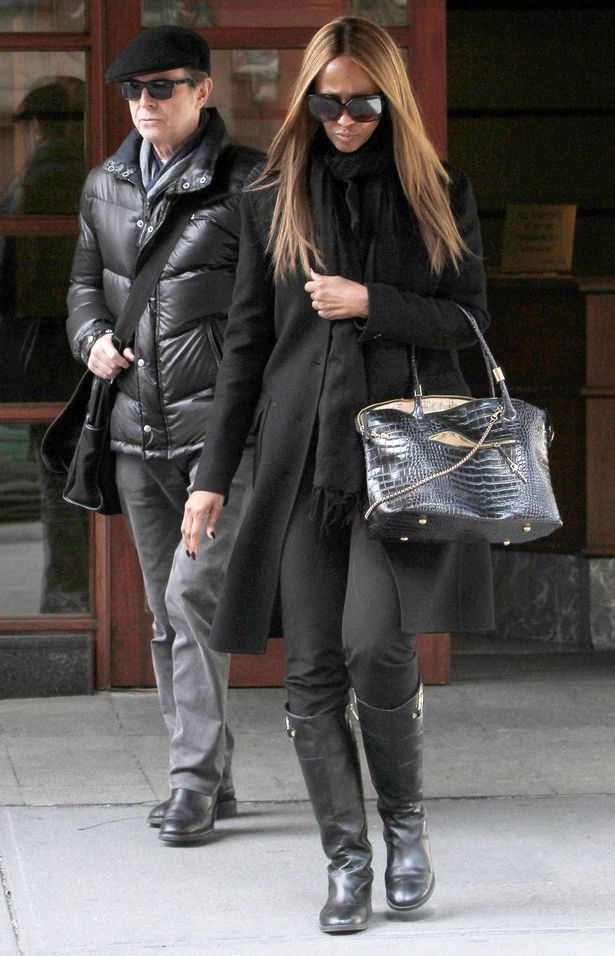 Devoted: David and Iman step out in New York
As the star bravely battled liver cancer over the last 18 months, he made his plans clear to his family, including wife Iman, 60, for what he wanted to happen when the time came.
The Starman singer said he only wanted to be remembered for the good times they shared and the music he made.
Read more: David Bowie left £135million legacy for his family after savvy business moves pulled him from 'brink of bankruptcy'
A US source said: “In many respects you don’t need a memorial or service to remember David by...you have his music instead. 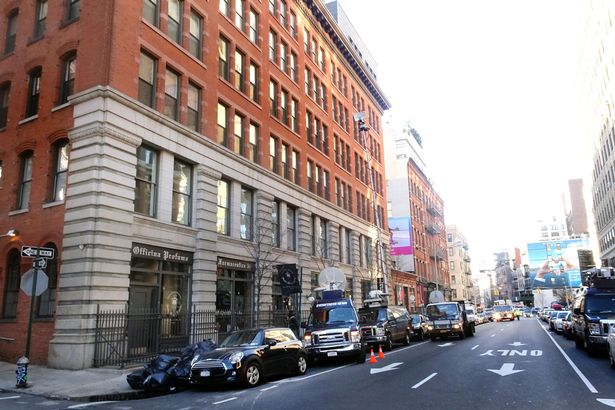 Home: David Bowie's apartment in New York
"He would have wanted to just disappear with no fuss, no big show, no fan-fare. This would totally be his style.
"His last album Blackstar was very much his goodbye to fans instead.”
Bowie, who wasn’t religious, released the album to rave reviews on January 8 – his 69th birthday.

Reclusive: The singer in one of his last public appearances
The singer may have had what is known as a “direct cremation”, described on the New York State’s health department website as “the disposition of human remains by cremation without a formal viewing, visitation, or ceremony".
It is also variously described as one of the more affordable ways to dispose of someone who has passed away, costing between $700 to $900.
The deceased is generally collected from the place of death and transferred to the crematory. Once the required paperwork is done, they are then cremated. 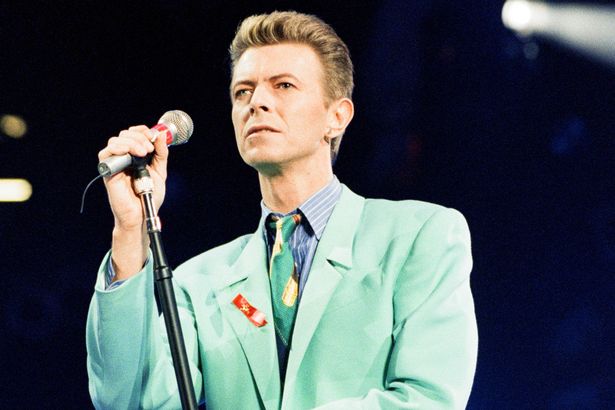 Last wish: Bowie had told his family and friends of his plans
The remains are then generally returned to the family unless otherwise specified.
While Bowie has asked there not to be a public memorial to him, there are plans in place elsewhere, however, to honour his contribution to music.
There will be a tribute next month at the Brit Awards with the chairman Max Lousada saying: “Naturally, we wish to honour his extraordinary life and work at the forthcoming Brit awards and pay a fitting tribute to one of our greatest icons.” 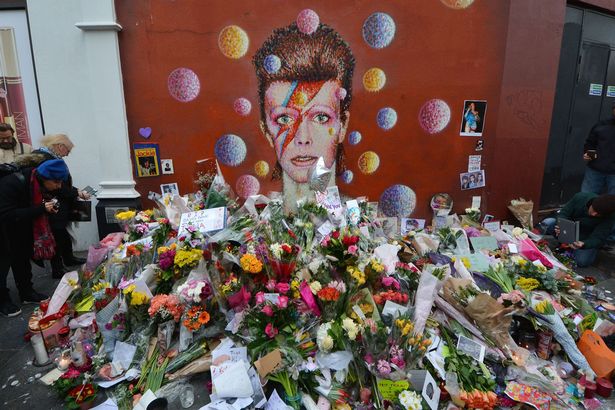 Tributes: Fans and wellwishers gathered to pay their respects at a mural in South London
Bowie will also be honoured with a memorial concert at New York’s Carnegie Hall on March 31.
The concert to celebrate Bowie’s musical legacy was announced hours before his death and tickets sold out within hours.
Read more: Mick Jagger and Paul McCartney 'to play David Bowie memorial concert in New York'
Organisers said the event would go ahead but as a memorial concert with “up to 20 artists” who would perform Bowie classics. 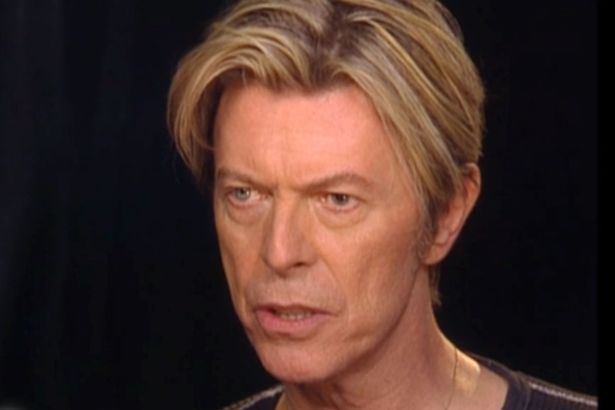 Memorial: A huge concert is being planned for the icon
The Roots, Cyndi Lauper , The Mountain Goats, Heart’s Ann Wilson, Perry Farrell and Jakob Dylan are all lined up to take part.
And more stars lined up to pay their respects to the star, whose album looks certain to hold on to the number one spot in the album charts on Friday
Singer Tina Turner paid tribute saying “a piece of my heart has broken”. 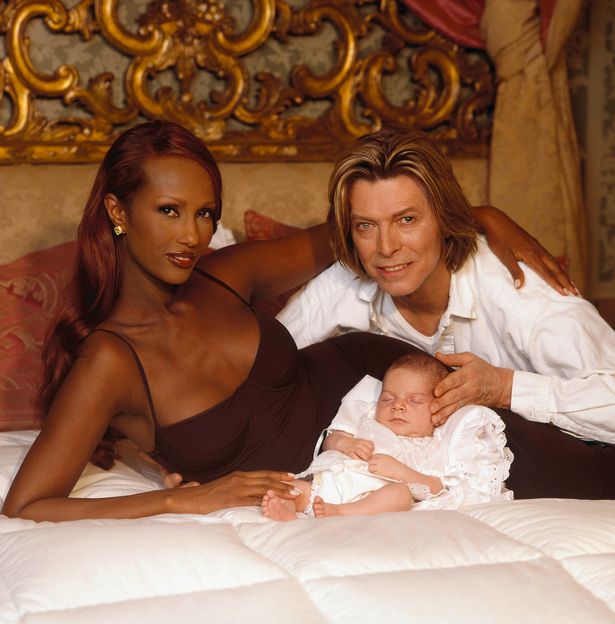 Happy family: David and Iman introduce their newborn daughter
“Not only was David a passionate supporter of my career but more importantly a very special person in my life.
"An icon. Irreplaceable loving friend. I am missing him greatly,” she said.
Madonna dedicated a song to the late musician as she performed in Houston, Texas, as part of her Rebel Heart tour on Tuesday evening.

Play
0:00
/
1:31
Fullscreen
Mute
Share
The 54-year-old covered his 1974 hit, Rebel Rebel, while a montage of images of Bowie flashed up on the screen behind her.
At the end of the song she fell to the floor.
Later, the Queen of Pop tweeted: “Paying Tribute to My Favorite Rebel heart!”

Canadian indie rock band Arcade Fire , who collaborated closely with Bowie, also said in a statement: “David Bowie was one of the band’s earliest supporters and champions.
"He not only created the world that made it possible for our band to exist, he welcomed us into it with grace and warmth.
“We will take to the grave the moments we shared - talking, playing music and collaborating - as some of the most profound and memorable moments of our lives.”

Have your say in the comments section below 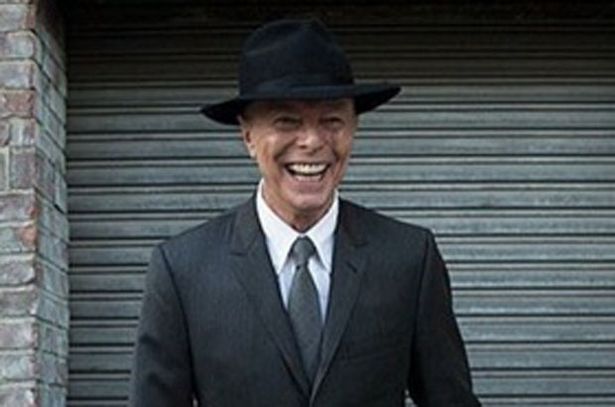 Unforgettable: The star was smiling in what is thought to e one of the last pictures taken of him
Sir Elton John praised Bowie for dealing with his cancer battle with dignity.
He said: “What I loved about him towards the end was his incredible privacy during what must have been 10 years of incredible bad luck with illnesses, heart attacks, cancer, whatever.
"He kept it private in an age we’re living in with Twitter when everyone knows everything about everything - he kept it to himself. 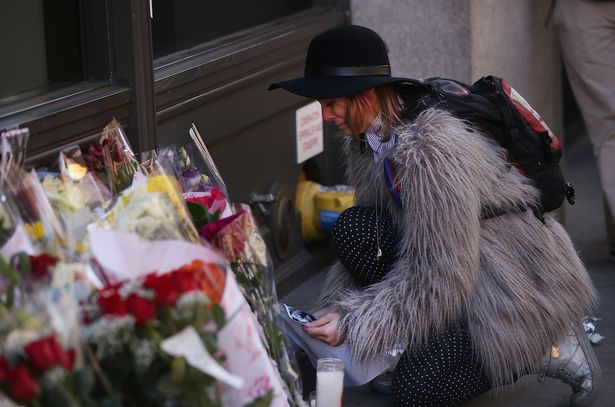 Mourning: People pay tribute to Bowie at a memorial outside the apartment he shared with Iman in New York
"He made two albums without anybody knowing he was making them. He had treatment for his illnesses without anyone knowing or anyone saying anything.
"And that is the mystique of the man, because we know David Bowie the figure, the singer, the outrageous performer, but actually, we don’t know anything about him - and that’s the way it should be in music and should be in any art form whatsoever.”
Meanwhile, one of Bowie’s closest aides told how it was almost as if the singer knew he was going to die two days after his birthday. 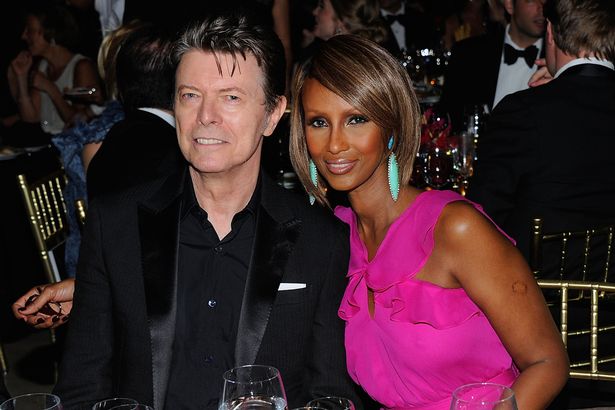 Strong marriage: David Bowie and Iman
Ivo van Hove, the director of Bowie’s musical Lazarus, believes that the late singer’s album drops clues about the his death.
In one song The Girl Loves Me, Bowie sings “where the f*** did Monday go?”
Bowie died on a Sunday.
Hove says: “I’m not sure if he planned his death, but it seems a bit too coincidental. 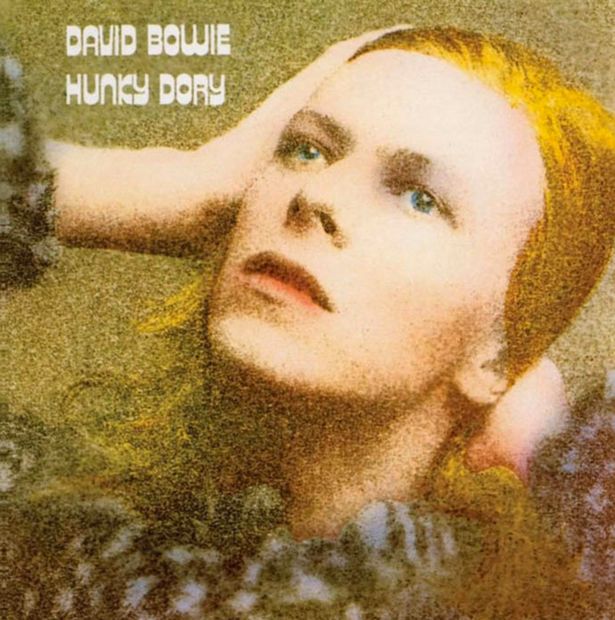 Legend: Bowie's album Hunky Dory
“He certainly planned for Blackstar to be released when it did – his birthday.
“It’s too coincidental. On the song The Girl Loves Me he asks ‘where the f*** did Monday go?’
“I’ve got no evidence but I think he did.
"It was like Mozart writing his requiem or the famous Dennis Potter who kept writing scripts on his deathbed.”